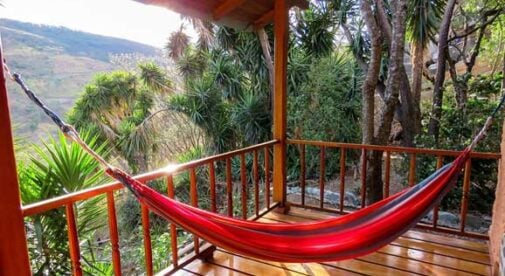 If, like me, you are approaching the day when you can kiss the boss good-bye and run off into retirement (if a kiss is a bit much, maybe a hug or just a handshake) and you’ve been daydreaming about an exciting life abroad, then you’ve most certainly read about these three hotspots: Mexico, Ecuador and Spain.

They are each, for differing reasons, darlings of the expatriate world. Deservedly so, as each offers desirable cultures, climates, and costs of living. They are, in so many ways, completely attractive locations for anyone of any age. My wife and I have enjoyed each of these popular countries and have scrutinized some of their lesser-known cities that could serve as that sought-after Shangri-La for us, and perhaps for you.

Let’s start close to home. Guanajuato, located in the Central Highlands of Mexico, about a three-hour drive northwest of Mexico City, doesn’t get nearly the attention of nearby San Miguel de Allende. And that’s a good thing. Although quite hilly, which may deter some people, Guanajuato is a stunning jewel, a hill town with lovely architecture and plazas.

Made rich from the extensive mines that for centuries supplied a large percentage of the world’s silver, Guanajuato is a very alive museum of a city that could serve as wonderful retirement locale.

The low cost of living here is also a big draw. For a more modest standard of living you can get by comfortably here on about $1,200 a month for a single, while a couple should budget about $1,500. That includes rent.

Let’s go south to Ecuador. In the Southern Andean mountains of central Ecuador, not too far from the border with Peru, Vilcabamba was, and is, recognized as a sort of fountain of youth.

Studies from Reader’s Digest and National Geographic found its peoples’ longevity claims to be controversial at best but, I see it all as further proof that a healthy diet and regular exercise can do wonders for not just the quality of life but the quantity of it, as well. Vilcabamba is a very healthy place, with a slow pace to complement its fresh air and pure water. It’s a great place to slow down, especially after a busy life of work, stress and worries.

The cost of living here certainly won’t raise your blood pressure either. A budget of around $1,100 a month will suffice for a couple. Push it to $2,500 a month and you’ll be living like royalty.

Real estate bargains can be found here to. For example, a one-bedroom, one-bath home on a half-acre lot, about 15 minutes from the center of town, and with beautiful views of the surrounding countryside can be had for $78,000. Property taxes here run around $100 per year.

Mindo is located just a few hours west of the bustling capital of Quito. With its countless shades of verdant green, its butterflies and hummingbirds, its cooling rivers and waterfalls, Mindo is a world away from the noisy and crowded city.

Tiny downtown Mindo caters to tourists, so there are many types of restaurants and cafés as well as places to stay short-term. Outside of the small town, the areas around Mindo explode with the beauty and power of nature. Dirt roads follow along the river and into the lush hills to whatever type of recreation you desire, including lying in a hammock with a good book, followed by a siesta.

On to Spain. Although the grand cities of Barcelona and Madrid get most of the attention, especially from travelers (both are among the world’s most visited cities) there are many lesser-known places that are worth more than a look.

With its glorious Gothic cathedral, and its location almost mid-way on the most famous route of the Camino de Santiago, Burgos is full of very affordable European charm. It offers, with understated grace, gorgeous architecture, tasty tapas bars, a relaxed café scene, and easy walkability.

Getting around without a car is simple and, of course, if you need or want to go somewhere else, both exciting Bilbao to the north and grandiose Madrid to the south are just a few hours away by train. Of course, if you really want to take a walk, join the pilgrims on the Camino Frances, probably heading west, and wish everyone you meet a, “Buen Camino.”

When my wife and I arrived in Logrono, located about mid-way between Pamplona and Burgos, we thought we had entered a ghost town. Everything, and I mean everything, was closed up…

Later, we found out, and we should have known, that it was siesta time and Logrono, on the north-central edge of the famed Rioja wine region, was taking its nap. It wasn’t until much later, after a siesta of our own, that we wandered out to find a bite to eat that discovered the town in its true glory…

Crowds of people were milling in and out of the tapas bars, sipping cold beers and white wines at the many outdoor cafés, and whole families, ice cream cones in hand, out for their evening paseos, slowly, very slowly, making their way across the lovely central plaza as the early evening lights flickered on.  And, all this at a fraction of what it would cost in the not-so-far-away and better-known cities.

For the many days and nights to follow, my wife and I learned to live like the retired locals; late to rise, long siestas until about 7 p.m. and then, the tasty and inexpensive fun would begin…

In Logrono, a four-bedroom, two-bathroom, centrally located apartment rents for $635 a month.