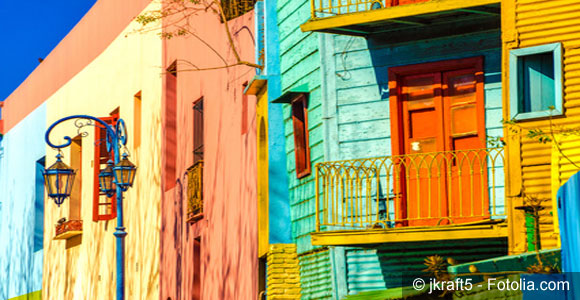 Living in Argentina is a unique experience within Latin America. Buenos Aires is known as the “Paris of Latin America” because it feels so much like you are living in a European city. The streets are wide and lined with trees, the architecture is reminiscent of the City of Light, and corners become gathering places for families and lovers on the weekends. Sidewalk cafes are everywhere, and while their coffee comes from espresso machines, their beef comes from heaven.

Enjoy the Low Cost of Living in Argentina

While you may see similarities to Paris as you walk around Buenos Aires, you will certainly appreciate a great difference between the two places anytime you are spending your money. Argentina is an economical destination, so it is easy to live well in Argentina at a relatively small cost.

The low cost of living in Argentina has been brought on by the devaluation of the peso and the VAT refund for foreign purchasers. You will be able to take advantage of your buying power everywhere, from the fine restaurants to the eight shopping malls scattered around Buenos Aires. In fact, the prices in Argentina are so low that Buenos Aires has developed a major industry in people coming from all over the world to shop and take advantage of the low prices

Argentina Is Alight With Culture

The arts are an important part of life in Argentina. Even at the depth of Argentina’s economic recession, the government still made grants to performing artists. Living in Argentina, you can enjoy art museums, the classic Teatro Colón opera house, theaters, music…everything that you would expect in a major old world city. The Teatro Colón opera house is a theatrical world in itself, so definitely make it one of your stops if you are visiting just Buenos Aires. In the early years of the 20th century, the Teatro Colón was the largest opera house in the world, and every famous singer and dancer performed there. It is a magnificent Beaux-Arts pile, with lots of marble, gilding, grand staircases, chandeliers, and the works. It also has magnificent acoustics, of the kind most modern architects have been unable to achieve.

In fact, Buenos Aires is home to more than 300 theaters, 100-plus art galleries, at least 70 museums, and hundreds of all-night bookstores, so those who live in Argentina never lack cultural activities. Buenos Aires is a city that lives and breathes literature. Fifty weekly and monthly magazines and 12 daily newspapers are published here. There are also more than 200 publishing houses and 3,000 print shops in Argentina.

Argentina is famous for its food, especially the beef, and only by living in this beautiful country can you really appreciate just how wonderful Argentine cuisine truly is. Argentina is in fact self-sufficient in most foodstuffs–so much so that, for centuries, the country has essentially tested the Atkins Diet using almost its entire population. People gorge on massive quantities of meat few foreigners can even imagine. Nevertheless, the population living in Argentina does not suffer particularly high rates of obesity or arteriosclerosis. 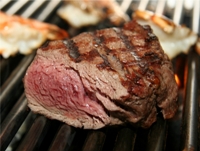 Even the economic crisis hasn’t changed Argentina’s eating habits. Everywhere you go, you will see families, businesspeople, couples, and singles populating local parrillas (Argentine grills). Think of a medieval feast with slabs of beef and racks of lamb, and you’ll get the idea. (And don’t forget the wine.) What’s best is that right now in Argentina, you don’t need to be King Arthur to afford one of these spreads. With the Argentine peso in a big slump, you’ll pay very little for one of these delicious feasts.

Argentina’s melting-pot heritage contributes to its wonderful cuisine. The ice creams are definitely the best outside of Italy. But one thing that really surprised me was that it’s not obligatory to be a carnivore when you live in Argentina. The range of vegetarian dishes is superb. Omelettes, of course, but also ravioli-like sorrentinos filled with spinach and cheese; crunchy apple and celery Waldorf salads; hearty bean soups; Russian salads of diced potatoes, carrots, and peas in mayonnaise. Depending on where you go, you’ll find them all for between 75 cents and $2.75.

The Pampas, which geographers divide into two regions–the humid Pampas around the coast (including Buenos Aires, the capital), and the great plains, which are drier–have been the center of Argentina’s economic and political life, for both good and ill. Since the 17th century, Argentina has been an agricultural exporter. Its exports, which keep the place going–ranging from beef to grain, fruit to wines, and leather to dairy products–all come from its rich farm regions.

Maybe more than any other art form, Argentina is known for the tango, that hauntingly seductive dance in which partners slowly circle and stalk one another like the hunter and the hunted before melding together with bodies pressed tightly together…at which time the seduction really begins.

The tango is much more than a dance. It is actually an artistic expression that can take many forms: instrumental, vocal, dance, or any combination thereof. Invariably, the tango is a narrative–a melancholy, bittersweet expression of love and passion…an art form that has evolved over many decades.

Here, the sexy dance was used to draw in the customers. Even today, the between-leg movements of the tango are somewhat risqué; but in times past, they were beyond the pale. Today, tango clubs abound in both La Boca and San Telmo, and a night spent in one is an experience you will not soon forget. One of the most popular is Señor Tango, where a 12-piece orchestra and a large company of singers and dancers treat audiences to a century of tango styles.

Another Argentine icon is the gaucho, an indigenous cowboy who, in contrast to the North American variety, is dressed in leather and silver, with a flat hat (without a crease) and a flat saddle (without a pommel). There may be no “true” gauchos left living in Argentina…but don’t tell the Argentines that. The lore and legends are kept alive by city dwellers and country folk alike. Straight and tall astride a handsome horse, a mate gourd in one hand and his lariat in the other, the gaucho is a personification of the pioneer spirit that defines those living in Argentina–courageous and independent. Fortunately, the strongest legacy of the gaucho remains in Argentina: a national obsession with eating huge quantities of barbecued meat.

A second remnant of the gaucho is yerba mate, a caffeine-laden herbal concoction made by steeping leaves in boiling water. Some Argentines walk around with leather kits on their shoulders containing a package of the herb, a thermos flask full of boiling water, and special cups from which to drink the brew. The cups have covers with integrated straws so the herb doesn’t leave your cup. In Buenos Aires, at certain hours, people converge on the parks for a yerba mate break.