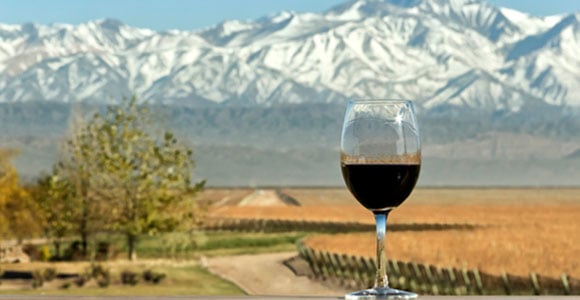 Why is Argentina such an appealing destination for expats and retirees? Some will say it’s because of its cultural richness and European flavor. Others are enchanted by its natural beauty: it boasts everything from painted deserts and lush, warm rainforests to golden-sand beaches, towering mountains, and snowy wonderlands. Many new arrivals feel instantly at home in its family-friendly atmosphere where Sunday barbecues, relaxing siestas, and exuberant socializing are a way of life. Whatever attractions first draw you to Argentina, it’s this country’s supreme liveability that makes you never want to leave. 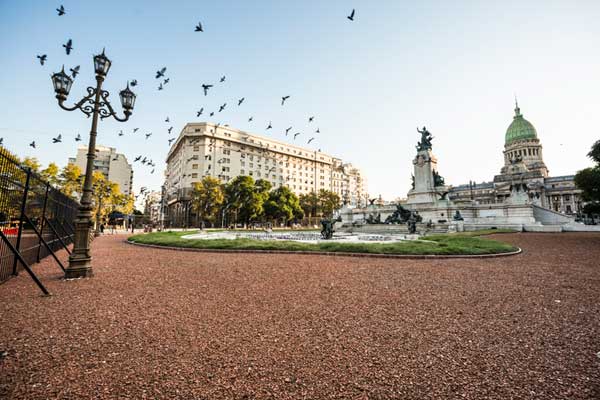 If you’ve ever wondered what it might be like to move to Argentina, here are some boots-on-the-ground tips that’ll help you make this adventurous transition:

Argentina has more than 60,000 expats from the U.S. already living within its borders, with nearly half residing in and around Buenos Aires. Argentina is the world’s largest Spanish-speaking nation by area and a place where there’s still lots of room for everyone. Even when you live in one of its thriving cities, you never have to travel far to find wild and inspiring nature close at hand.

Argentina is a nation of intriguing contrasts—it’s chilled-out and friendly but also innovative and progressive. It values age-old traditions but embraces technology and boasts a modern infrastructure. It offers a high-quality lifestyle but is still wonderfully affordable.

Although Spanish is Argentina’s official language, English is a mandatory subject in all state schools and you’ll find that many people (especially the younger generation and those in the business world) speak some English. As a new arrival, you’ll discover that learning the language is fun, easy and beneficial, whether you enrol in a Spanish course or simply improve by socializing with your new Argentinian friends.

An Affordable Cost of Living in Argentina

In general, you’ll find the costs for everyday living expenses to be around half the price—or even cheaper—than what you’ve been paying in the U.S. This applies to most of what you’ll purchase on a regular basis: groceries, meals out, movie nights, mobile and Internet plans, utilities, transport, etc.

One of the most attractive aspects of life in Argentina is the low cost of rental accommodation, which averages about 75% cheaper than for similar-sized places in North America. There are incredible real estate bargains to be found in Argentina, especially outside trendier city neighborhoods and in more rural locations.

Finding a cheap apartment on a quiet, tree-lined street that’s close to all amenities and ‘feels like home’ isn’t a problem here. Even in Buenos Aires, there are plenty of one-bedroom rentals within the $220 to $300 monthly price range in many outer suburbs.

The cultural diversity of Argentina has long been a drawcard for foreign visitors and retirees and it’s easy to see why. Its concerts, museums, historical buildings, fashion scene, scrumptious cuisine, and expansive green parks rival anything you’ll find in Europe—a part of the world that has influenced the Argentinian lifestyle in many ways.

Spanish and Italian traditions are strong here, especially when it comes to food and architecture. That ‘hint of Europe’ vibe is alive in many Argentinian cities, where you can easily believe you’ve suddenly stumbled onto a Marseilles side street or arrived at a small Viennese plaza, complete with cobblestoned streets and the smell of pastries and cappuccinos in the air.

Argentina’s cultural scene is enhanced by a profusion of special events and celebrations held throughout the year, from arts fairs and tango festivals to week-long fiestas celebrating the gaucho way of life. As befits a city nicknamed ‘The Paris of South America’, café culture is alive and well in Buenos Aires. Just be warned, it starts late and ends late: many restaurants don’t even open their doors for dinner until 8.30 p.m.

Healthcare that’s kind to your Budget

Argentina operates both a public and a private healthcare system and the quality of facilities and services is generally quite good, especially when you consider how much less you pay than in the U.S. A standard doctor visit here runs $20 to $60. Dental services are excellent but cost only a fraction of North American prices.

When deciding where you want to live in Argentina, remember that the best medical care is found in or near the largest cities. Further afield, health services and access to specialists can be more limited.

Argentina is an increasingly popular medical tourism destination, especially for cosmetic surgery. Buenos Aires is a hotspot for affordable procedures, with tummy tucks, facelifts, and other enhancements costing two to three times less than U.S. prices.

Drug stores are easy to find throughout the country and some are open all hours. In many Argentinian cities, it often seems like there’s a farmacia on every third street corner. Medications are ultra-cheap here and the staff behind the counter will usually have enough English to understand what you’re asking for, even if the brand names are different.

Expats in Argentina tend to gravitate toward the private health system because the prices are reasonable, surgery waiting times are shorter and the quality of post-op and nursing care is normally better. Purchasing a health plan is straightforward and costs as little as $40 to $50 per month, depending on the specifics of what’s offered. Most plans require you to sign up for at least six months.

U.S. and Canadian citizens can stay in Argentina for up to 90 days on a normal tourist visa, which can typically be renewed without difficulty. This makes it easy to sample the Argentinian lifestyle before committing to longer-term residency. Argentina also offers a number of other visa options for those coming for specific purposes or longer periods.

A one-year Medical visa is available for foreigners wanting to visit Argentina to undergo medical treatment, and a number of temporary resident visas cater for students and those who plan to work in Argentina or participate in internships or cultural exchanges.

For aspiring expats/retirees from North America, three visa categories are worth looking into: Investment, Pensioner, and Financier. The pensioner (pensionado) and financier (rentista) visas both require you to prove you have a minimum guaranteed monthly income sufficient to sustain your life in Argentina (currently 30,000 Argentine pesos). The Investment visa requires a minimum investment of 1.5 million Argentine pesos in a legal and productive business or commercial activity in the country.

After being a temporary resident of Argentina for at least two years, you’re eligible to apply for permanent residency and ultimately citizenship. Dual citizenship is allowed.

If you have access to a steady income in U.S. dollars, you can enjoy quite a comfortable life in Argentina, especially if you can learn to live like a local. Argentinians place more emphasis on living life to the fullest rather than accumulating more and more possessions—and the longer you’re there, the more that philosophy will seep into you.

While most expats rely on an external income source (such as a retirement pension), others work for Argentinian companies, run their own online businesses or take up jobs suited to English-speakers in the tourism or language school industries. Having a reliable income in U.S. dollars is definitely a plus in a country known for its strong inflation rates and widely fluctuating peso. You’ll even find that when you buy real estate in Argentina, you’re normally asked to pay in U.S. dollars (cash).

So, what does ‘living like a local’ really mean in Argentina? It means shopping for fresh produce at the local weekend markets instead of frequenting the chain supermarkets. It means making sure you have the right change when you board a bus or hop in a taxi. It means valuing your friends and spending enjoyable time in their company, often in situations that don’t cost you a cent: a morning in the park, an afternoon at the beach or a long, laughter-filled evening in a city entertainment district. It means slowing down enough to be able to really enjoy what’s important to you.

Argentina boasts an impressive education system and you’ll even find a number of international schools that cater specifically for foreign children making the adjustment to life in the country. Argentina’s transport system and technological infrastructure is first-rate and its quality of life always ranks highly in global comparisons. Overall, living in South America’s ‘tail end’ is safe, healthy, affordable, relaxing, culturally stimulating and rich in new friendships, stunning landscapes, and exciting adventures—as increasing numbers of expats are discovering every year.

The hardest part about moving to Argentina may be deciding which beautiful part of this country to settle in. There are just too many inviting choices: the bustle of Buenos Aires, the wine-growing region of Mendoza, wild Patagonia, the subtropical north, the lake-studded mountains near Bariloche, chilled-out Salta in the picturesque north-west, the southern Atlantic beaches… and so much more.

Whether you relocate to Argentina for the low cost of living, the outstanding food, the natural diversity, the value-for-money real estate, the European-feel of its cities or an uncontrollable urge to learn the tango, you won’t be disappointed.