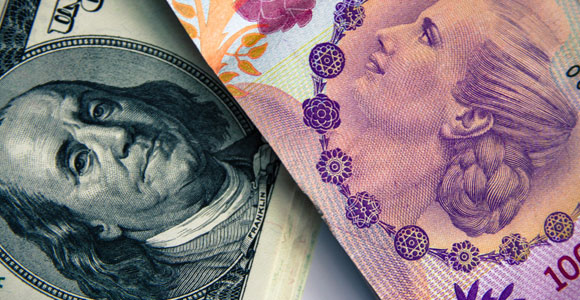 As more than 60,000 U.S. expats have already discovered, there’s plenty to love about living in Argentina. With its attractive cities, bounteous nature, friendly locals, superb cuisine, quality healthcare, reliable infrastructure, and a cost of living around 60% cheaper than the U.S., it’s no wonder so many North Americans are heading south to start a new life in the land of gauchos, the tango, and the best steaks on earth.

While the thought of relocating to a new country is exciting, it’s important to understand how that shift might affect you financially—especially when it comes to the tax system.

Below, you’ll find some useful information on what to expect (tax-wise) as a U.S. expat living in Argentina.

Paying U.S. taxes as an expat in Argentina

As a U.S. citizen or permanent resident, you’re legally required to file a U.S. tax return each year, regardless of the country in which you live and whether you’re already paying taxes in that country. In addition to your standard return, you may also have to file a FBAR (Foreign Bank and Other Account Reporting) Form 114 and a Form 8938—Statement of Specified Foreign Financial Assets. These are extra informational tax forms that list any financial accounts and assets you may be holding abroad.

Not many global governments tax the international income of their citizens or permanent residents living overseas but unfortunately, the U.S. does. The good news is that several U.S. tax provisions can help protect you against double taxation as an expat. These include:

Foreign tax credit – This enables you to offset taxes paid in Argentina against U.S. taxes, essentially ensuring that you’re not being taxed twice for the same income.

Foreign earned income exclusion – This is the biggest tax advantage available to U.S. expats. If you meet the conditions for physical presence and bona fide residency, your first $105,900 (as of 2019) is exempt from income tax, provided you’re not employed by the U.S. government. This exclusion is calculated on foreign earned income only (a very precise IRS definition)—not on interest, dividends, your U.S. pension, or even rental income obtained while in Argentina.

If you’re planning to live in Argentina, it’s worth consulting a U.S. expat tax professional beforehand to learn how to take optimal advantage of these exclusions. And remember—even if you don’t believe you owe any taxes to the IRS, it’s likely you’ll still need to file a return.

Living in Argentina doesn’t necessarily exempt you from filing a U.S. state tax return either—it depends on which state you’ve lived in most recently. Every state has its own definitions of residency and tax filing rules, so check with your state to see what’s required as an expat.

Most (but not all) U.S. states will release you from official residency status as long as you can prove you’ve been living elsewhere for at least six months out of the year.

Taxes in Argentina can be federal, provincial, or municipal. There is no payroll tax—wage-related social security taxes are paid for through employer contributions of up to 21% of payroll plus a fixed 14% contribution by the employee. This helps pay for Argentina’s social security system which includes unemployment benefits, disability support, pensions, retirement plans, etc.

Just like U.S. residents, Argentinian residents are taxed on their global income. However, non-residents in Argentina are only taxed on what they earn in Argentina. For tax purposes, you’re considered a resident of Argentina if you’ve either (a) obtained official permanent residency or (b) have lived in that country for 12 consecutive months. Once you’ve become a resident, you keep that status until you become a resident of a different country or live in another country for at least a year.

Federal income tax – Argentinian federal income tax is collected by the government and is based on a progressive rate ranging from 5% to 35%, depending on how much you earn. If you’re earning a personal Argentinian income of more than 529,000 pesos (around $12,000), you’ll fall into the 35% tax bracket.

For expats working less than six months in Argentina, a special flat tax rate of 24.5% (called the Foreign Beneficiary tax) may apply under certain circumstances. Also note that as a non-resident or foreign beneficiary living in Argentina, you are only taxed on your Argentina-sourced income.

Income tax returns in Argentina are due on April 15th—coincidentally, the same first due date as U.S. tax returns. Also, just like in the States, Argentina’s tax system operates on the previous calendar year. If you have significant income outside of wages, you’ll be required to make five advance payments—bimonthly between June and February—that are put toward your eventual tax liability. These pay-as-you-go instalments are calculated as percentages of whatever tax you paid the previous year.

Provincial income tax – This is also known as gross income tax and it only applies to the earnings of self-employed people. It’s paid through monthly tax returns and isn’t terribly onerous—for example, the rate for Buenos Aires is only 4% and you can expect a similar rate in other provinces. This tax doesn’t apply to professionals employed through a company.

Municipal taxes – Individual municipalities throughout Argentina may also set basic fees for services including lighting, rubbish collection, sewage, etc. These fees are based on factors such as your property’s value, age, location, and construction materials.

Argentina has a Value Added Tax of 21% and this rate hasn’t changed in the past decade. Think of it as the Argentinian version of the sales tax you’re used to paying in the U.S. It is charged to consumers based on the net purchase price of goods and services at the time of the transaction. Within Argentina, it’s referred to as IVA (Impuesto al Valor Agregado).

Special VAT rates apply to various services within the country including water, gas, power, communication services as well as to specific capital goods. Some purchases are completely exempt from VAT including books, medicine, plain bread, milk, postage stamps, hospital and medical care, the rental of real estate for housing, tickets for sporting events, the cinema and musical shows, and much more.

If you buy certain items in Argentina (mostly the things that are bad for you), you’ll find they cost a bit more because of the excise tax inflicted upon them at the point of manufacture. These ultra-taxed items include tobacco (60% tax), alcohol (12 to 20% tax) and soft drinks (8% tax).

Is there property tax in Argentina?

Argentina has no federal tax on real property (land and buildings). Any property taxes due are handled by individual provincial authorities, based on the value of the asset. These taxes are paid monthly or bimonthly. Rental income from a property you own in Argentina is taxed at normal income tax rates.

The sale of a real estate property in Argentina is now subject to a flat-rate 15% capital gains tax, which was introduced in January 2018. The same tax applies to sales of shares and digital currencies too. Under certain circumstances, non-residents can be exempted from capital gains tax, so if unsure, seek professional tax advice.

Each of Argentina’s 24 jurisdictions levies a stamp tax on contractual agreements including deeds, mortgages, and other commercial and financial obligations. This averages out to around 1% of the value of the contract.

There is a 0.6% tax on debits and credits from Argentinian bank accounts. However, this doesn’t apply to the deposit and withdrawal of pension payments.

Feeling rich? If you own assets located within Argentina exceeding a set threshold at the end of the calendar year (whether you live in Argentina or not), you may be subject to Argentina’s wealth tax (also called personal assets tax) which is currently between 0.5% and 1.25%, depending on the asset amounts involved.

There is no automobile duty, inheritance tax or gift tax in Argentina.

The tax system in Argentina isn’t better or worse than in the U.S.—it’s just different. You’ll find plenty of tax agents throughout the country with solid expat experience who can help you with the required paperwork, alleviate any language barrier issues, and smooth the entire process of dealing with taxes while you’re living in the country. Leave all the hard work to the experts and you’ll be fine.

Get Your Argentina Report Here