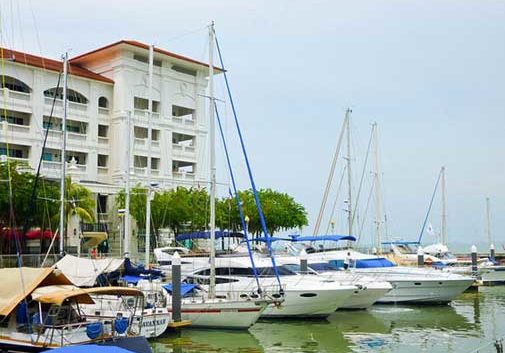 Simply enter your email address below to sign up for IL’s free daily postcards and we'll also send you a Free Malaysia Report - Amazing Malaysia: Halve Your Living Costs While Living Like a King in the ‘Pearl of the Orient’.

An Insider’s Guide to Property in Malaysia

White sands, the scent of spices, the call of the east—Malaysia is much more than just an exotic holiday destination. Enticing expats and retirees from around the globe for over 500 years, the Southeast Asian country has everything going for it for an exciting, affordable life overseas.

Malaysia is a former British colony. Most Malaysians speak excellent English, more so on the west coast of Malaysia (where you’ll find Malacca, Kuala Lumpur, Ipoh, and Penang). And if you are thinking of living in any of these cities, there isn’t a need to learn another language. On the west coast of peninsular Malaysia, it’s not spoken as much, but it’s still easy to get around, and road signs throughout Malaysia are in English. The GPS app Waze also works perfectly well here and makes traveling around Malaysia incredibly easy.

Property rental and buying contracts are also written in English. However, don’t get complacent just because you are abroad. You should still follow the same rules that apply at home when renting or buying a property and have everything checked by a lawyer.

The headhunters, pirates, and gin-swilling English rubber planters of old Malaya may be gone, but the country remains as colorful, as friendly, and as welcoming as ever for tourists visiting from the United States.

Malaysia also has some of the most liberal regulations in the region when it comes to foreigners buying and renting residential property. As of January 2017, it’s one of only two places in Asia where foreigners can buy property freehold (the other being Hong Kong). However, the recent political troubles in Hong Kong, not to mention Hong Kong’s exorbitant property prices, make Malaysia a much more attractive option.

Paul, an expat I know who has been working in Hong Kong for a number of years and holidaying in Malaysia most weekends, just sold his one-bedroom, 700-square-foot apartment in Hong Kong for a cool $1.2 million. For the same money in Penang he can buy a 6,000-square-foot, six-bedroom, six-bathroom, fully furnished beach condo, with two pools, tennis courts, and a gym. Actually, at the end of the day he would still have $300,000 left over to spend how he likes.

If Paul were to buy in the heart of Kuala Lumpur, within strolling distance of the famous Petronas Towers, he could afford a three-bedroom, three-bathroom 1,600-square-foot ultra-modern apartment with 16-foot surround glass and steel windows overlooking the city. This particular apartment also comes with a fully equipped gymnasium and an infinity pool. If he decides to rent instead of buying, he could rent the very same 6,000-square-foot apartment for just $2,000 per month. That same apartment in New York would cost closer to $25,000 per month.

My wife, Lisa, and I thought about buying a property when we first arrived to live in Penang in early 2010, but the rental market here was (and remains) so flexible, and such good value, that we chose to rent instead. In early 2010 Malaysian property prices were booming. However, they hit a peak and dipped in 2014 and still haven’t recovered. Had we bought a property when we first arrived it’s doubtful that we would have seen any capital gain whatsoever, so I think we made the right decision.

The Malaysian property market is still flat, and due to the oversupply of apartments in the market—a 12.5% increase since 2017, and more planned for 2020, I think the apartment/condo market will remain flat for some time to come. It’s not an outstanding investment in terms of capital appreciation. However, capital appreciation’s not everything, particularly if you’re living in the property. If you do decide to buy, apartments and condos are excellent value compared to anywhere in the U.S. And beachfront luxury condominiums, by comparison, can be had for an absolute song.

For example, a 6,100-square-foot condominium with its own private beach on Fisher Island Drive, Miami, will cost close to $12 million. An equivalent apartment in Tanjung Bungah, Penang will set you back a mere $717,000.

A 1,900-square-foot apartment on the beach in Vista del Mar, Los Angeles, with no amenities, sells for $2.7 million. Here in Penang the equivalent apartment in the upscale suburb of Tanjung Tokong with a large pool and gym, and direct access to your own private beach, can be had for just $560,000.

The same surprising value applies to rentals. Lisa and I have just moved into a 2,200-square-foot apartment in Tanjung Tokong, with its own pool and private beach, with uninterrupted views of mainland Malaysia across the expansive straits of Malacca. We pay $956 a month. A similar apartment in Los Angeles or Miami would cost at least $8,000 per month.

So is there value in buying in Malaysia when you consider what you get for your buck? I believe so. You get super value, and apartments and beach condos that are designed to the highest standard. But is there money to be made in the Malaysian property market, short-term? I don’t believe so. I think apartment prices, largely due to over-supply, will remain flat for the next two to three years. However, if you are buying with a medium- to long-term view, I think you’ll do okay.

There are a few other factors that you should keep your eye on as well as we race into 2020. If the political situation in Hong Kong worsens, and doesn’t look like it’s easing, we will very likely see a flight of safety from Hong Kong to Malaysia.

We have already seen an unprecedented increase from Hong Kong residents applying for MM2H (the long-term visa that allows you to stay in Malaysia for 10 years), since the troubles there began. I expect that increase to continue. That means that apartments which have been sitting empty or for sale for a long time could well disappear from the market quickly, potentially driving prices higher.

Houses, on the other hand, continue to rise in value throughout Malaysia, and I think in states like Penang, and Penang Island specifically, they will continue to do so for the foreseeable future. It’s a simple rule of supply and demand. Penang Island is about the same size as Manhattan, with quite a lot of protected land, and lots of city parks and national parks. There simply isn’t a great deal of land for sale. A 3,000-square-foot house in the leafy suburb of Tanjung Bungah or Hillside would have cost you $478,000 in 2012. That same home would now sell for over $2 million.

A beach house in 2002 in Tanjung Bungah, Penang—and there are a limited number of them (about 30)—would have cost $400,000. If you are lucky enough find one for sale now, it would cost close to $4 million. It would also sell by word of mouth, with no need for advertising or agents. Landed property, houses, and land are (and I think will remain) very good value.

The decision by the federal government in October 2019 to lower the minimum apartment price for non-nationals from $239,000 to $143,500 Malaysia-wide is a very welcome move for foreign investors. In Miami Green (an older well-maintained building in Penang) a 1,200-square-foot, three-bedroom, two-bathroom apartment can be had for as little as $143,000. It comes with 180-degree sea views, a nice balcony, two pools, squash and tennis courts, and is a mere five-minute stroll to Miami Beach. It also has two undercover car spaces and 24-hour security. That’s pretty good value in my book.

And there’s more good news. You don’t have to have an MM2H visa (the Malaysia My Second Home long-term visa) to buy property in Malaysia. As a U.S. or Canadian citizen you get an automatic three-month visitor’s visa on arrival that allows you to buy a property as soon as you step off the plane. There aren’t many places in the world that allow you to do that.

A Video Tour of My Home in Penang, Malaysia

Learn more about Malaysia and other countries in our daily postcard e-letter.
Simply enter your email address below to sign up for IL’s free daily postcards and we’ll also send you a Free Malaysia Report – Amazing Malaysia: Halve Your Living Costs While Living Like a King in the ‘Pearl of the Orient’.