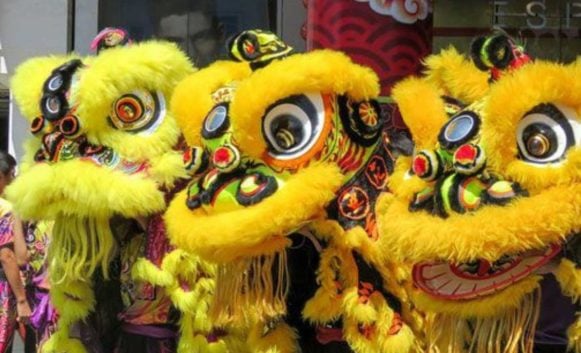 The Malays inhabit the Malay Peninsula; eastern Sumatra; the southernmost parts of Thailand; the south coast of Burma; the island of Singapore; coastal Borneo, including Brunei, West Kalimantan, and coastal Sarawak and Sabah, plus the smaller islands that lie between these locations. Collectively they are known as the Alam Melayu. Today these areas are parts of the modern nations of Malaysia, Indonesia, Singapore, Brunei, Myanmar, and Thailand.

Most Chinese in Malaysia are the descendants of different groups of Chinese who arrived between the 15th and mid-20th centuries, seeking a better life. Within Malaysia they are referred to simply as ‘Chinese’ and represent the second largest ethnic group after the ethnic Malay majority.

There are four principal Chinese dialect groups in the region, plus a scattering of others, each originally from different parts of China. The main four dialect groupings are Min, Hakka, Cantonese, and Wu.

Indian Malaysians or Malaysian Indians are Malaysians of Indian origin. Many are descendants of those who migrated from India during the British colonization of Malaya and today they form the third largest ethnic group in Malaysia after the Malays and the Chinese. There is evidence of Indians living in the Malay Archipelago for over 2,500 years and they brought their festivals and beliefs with them.

The oldest inhabitants of the Malay Peninsula are its tribal peoples. They account for a small part of the total population and represent a majority in the Malaysian states of Sarawak and Sabah. Although they prefer to be known by their individual tribal names, Malaysians know them as Orang Asli or Original People and officially there are 18 Orang Asli tribes.

The other groups in Malaysia tend to be predominantly Europeans, Australians, New Zealanders North Americans, and South Africans. Predominantly Christian by birth, if not in practice, they too bring with them their own traditions and celebrations.

The Portuguese were the first European colonial powers to establish themselves in Malaysia, capturing Malacca in 1511, followed by the Dutch. However, it was the British who ultimately secured their hegemony across the territory that is now Malaysia, after initially establishing bases at Jesselton, Kuching, Penang, and Singapore.

The Chinese in the region are predominantly Buddhist, but more often than not cross over into Confucianism and Taoism. Buddhism takes care of the afterlife, Confucianism looks after the political and moral aspects of life, and Taoism teaches people to maintain harmony with the universe.

Tamils, who make up the largest of the Indian groups in Malaysia, are of both Indian and Sri Lankan heritage; tend to practice Hinduism, including both the major Hindu and Tamil pantheon of deities. Sri Lankan Tamil Hindus are usually Shaivites, while Telugu Tamils predominantly belong to the Vaishnavite branch of Hinduism, with a minority among them practicing Christianity and Islam.

In Malaysia, most of the Indian Christians are Catholic, Anglican, Methodist, Lutheran, or Evangelical. Amongst the Malayalee community, Catholicism and the Marthoma Church are particularly strong. Many Indians from the Punjab practice Sikhism.

Due to their common religious background, most of the Indian Muslim community has been absorbed into the larger Malay community, with a substantially high level of assimilation and intermarriage between the communities. In Malaysia, Tamil Muslims are often referred to as ‘Mamaks’ while Malayalee Muslims are known as ‘Kakas’ or ‘Malabaris’.

The Orang Asli and other indigenous groups in Peninsular Malaysia and Sabah and Sarawak are loosely classified as animists and largely not recognized by the state. They are not in any way less sophisticated than any of the other religions. Their ideas about morality and the supernatural world are complex, well-structured, and very in tune with and at one with nature and their surroundings.

Most of the Christian churches divide their year into two parts: the first from the end of November to the end of May and the second from May onwards. The festivals of the first part are celebrations of the birth, life, death, resurrection and ascension of Jesus Christ and the coming of the Holy Spirit. The festivals and celebrations of the second part are largely celebrated in memory of outstanding early Christians.

Face: What does it mean in Malaysia?

Face within the Malaysian community essentially among the Chinese, Indians, and Malays is important and very complicated. The good news is that foreigners are not expected to adhere to the same exacting standards of respect and prestige as the locals are. Small gestures of respect are easy to do and go a long way towards demonstrating that even if you don’t understand face, you respect the concept.

One way to describe Face is that it is the prevention of embarrassment at all costs to one’s self and to others.

There are many aspects of Face: one can lose Face, gain Face, and lose Face for others. One can also get the most unfortunate reputation of one who does not want Face, or worse, one who has no Face.

To lose face is to lose the respect of others, to be humiliated or experience public disgrace.

To save face signifies a desire or defines a strategy to avoid humiliation or embarrassment, to maintain dignity or preserve reputation. 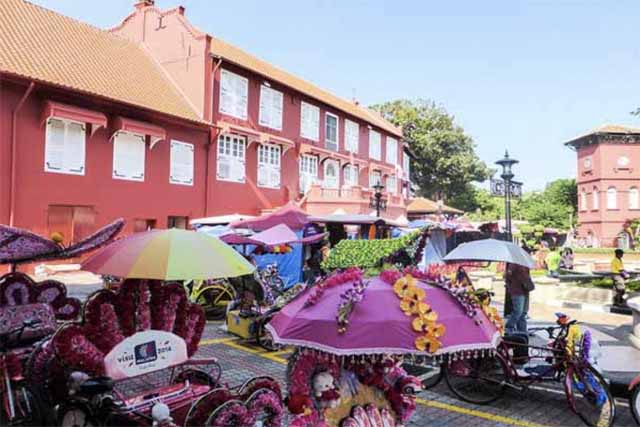 The Chinese handshake is light and may be rather prolonged. Chinese men and women may shake hands, although the woman must extend her hand first.

Indians shake hands with members of the same sex and if you are a Westerner meeting an Indian woman you should wait for her to extend her hand first. When being introduced to someone of the opposite sex, nodding the head and smiling is usually sufficient.

The Chinese traditionally have three names. The surname is used first and is followed by two personal names. Many Chinese adopt more Western names and may ask you to use that instead. It is polite to ask how they preferred to be called as Chinese to Chinese call themselves by their surnames and may want you to do the same.

Malays do not have surnames. Instead, men add their father’s name to their own name with the term “bin” (meaning “son of”). So Rosli bin Suleiman, would be Rosli the son of Suleiman. Women use the term “binti”, so Aysha binti Suleiman is Aysha the daughter of Suleiman.

Many Indians do not use surnames. Instead, they place the initial of their father’s name in front of their own name. The man’s formal name is their name “s/o” (son of) and the father’s name. Women use “d/o” to refer to themselves as the daughter of their father. That being said, most Malaysian Indians will use their first name when introducing themselves to you and that is usually how they would like to be addressed. If invited to someone’s home for dinner, bring the hostess pastries or good quality chocolates. Never give alcohol. Do not give toy dogs or pigs to children.

This is complicated so I’ll make it easy for you: Never give flowers if you are invited to someone’s house as certain flowers have specific meaning to the Chinese. Gifts from your own country are always welcome and very much appreciated and any kind of cake or pastry will have you invited back very quickly.

Do not give leather products to a Hindu. Do not give alcohol unless you are certain the recipient drinks, if they do, whisky is a good choice. The safe play here is flowers or cakes or pastries.

Malaysian’s are internationally savvy and you should greet them with the same respect that you would greet other business associates from around the world. The only thing to keep in mind is if meeting a Malay woman let her extend her hand first or if you are a woman meeting a Malay man, let him extend his hand first.

International etiquette stands and business cards should be exchanged after the initial introduction. Use two hands or the right hand only to exchange business cards. Examine any business card you receive immediately before putting it in your business card case.

The Chinese like to get to know you before doing business with you and this can sometimes take some time. Asking lots of questions when you first meet, as innocent as they are, is also considered rude. But how do you get to know a person without asking questions?

Patience is the answer. Listen, respond when you have to and keep your questions to a minimum. The next time you meet, delve a little further.

This isn’t the case with Malays and Indians and most of the time you will get away with being Western and dealing with them in a Western fashion. Meetings, especially initial ones, are generally somewhat formal. Treat all Malaysian participants with respect and be cautious not to lose your temper or appear irritated.

The Art of Saying No…Without Actually Saying No 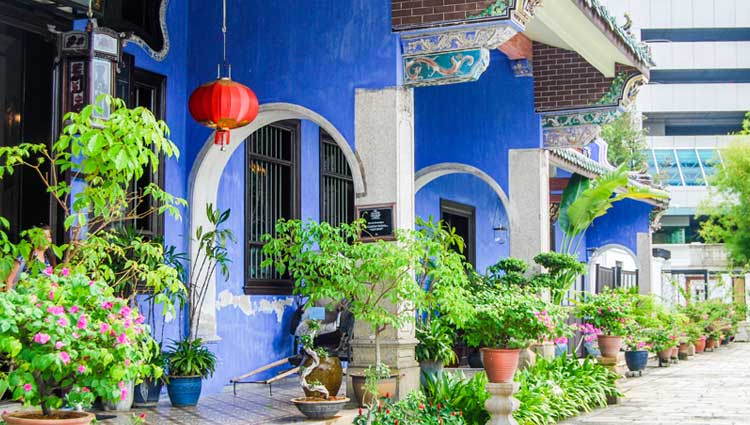 Let’s use an example of a business meeting that you thought went well. Both parties agree in principle to everything that took place, you may even have received a positive “Let’s get this done,” from your host as the meeting concludes.

In Western cultures we usually respond to a meeting in a timely fashion with a polite thank you email. We may even go as far as to recount what was discussed in the meeting, the points that were raised and the conclusion that you both came to, with a “I’ll look forward to hearing from you in due course.”

Internationally, if the respondent disagrees with you or has changed their mind, you’ll receive a return email stating as much. That isn’t the case in Malaysia.

Being Western it’s hard to understand the silence. Did the recipient have a car accident on the way home? Did the email that you sent accidentally go to their trash or was it simply lost in the Cloud? This usually results in you sending another email, asking if your previous email was at the very least received.

The silence continues. In Malaysia it is common practice if you receive no reply to assume that there will be no reply, and that what you agreed at the meeting isn’t actually going to take place. No amount of follow up emails will elicit a response and you have to move along as though you have received an email with a negative response.