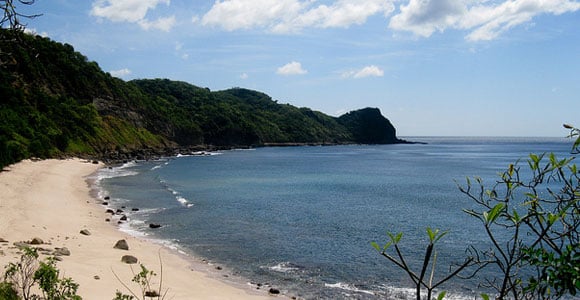 Enjoy the Amazing Weather and Climate in Nicaragua

Nicaragua has a climate for everyone. With a general subtropical climate, it is not as humid as other countries further south, which is good news for those of you who don’t like really hot weather. While most of Nicaragua has an average temperature of 80 F, there are beautiful cities to consider retiring to in the highlands that have cooler climates, much like San Diego.

Nicaragua has two seasons: the rainy season and the dry season. The rainy season lasts from mid-May to mid-November, with October being the wettest month of all. It is not unusual in October to have medium to torrential rains that last for several days. Temperatures in this season usually range from 80 F to 90 F. Surfers like coming to Nicaragua during the rainy season because the swells come from the southern hemisphere and the surfing is better.

The dry season lasts from mid-November to the end of May, with May being the hottest and driest month. As the months go on without a drop of rain, it gets quite windy and sometimes dusty. If you are looking for the “worst weather” months to determine how you will like living here during that time, plan your vacation for October or May. The best weather months to visit are December, January, July, and August. During these months Nicaragua looks lush and beautiful, with trees full of leaves and flowers cascading over fences and decorating patios everywhere.

Two interesting phenomena occur regarding Nicaragua’s weather: In the dry season, the leaves fall off the deciduous trees, just as they do in the cold winters up north. And the ocean water is cold. As soon as the rain starts (which is very sporadic in the early months), the trees fill with leaves and the water temperature goes up about 10 degrees. This is when it is great to spend a day at the beach! November, December, and January are the coolest months, though “coolest” is relative. In most of Nicaragua that may mean 75 F.

However, for those of you who really don’t like hot weather, but love the idea of living in a very economical, safe, and beautiful country where you can live healthier and happier, you have other choices. The lovely city of Matagalpa, nestled on the side of a mountain offers a crisp, clean, and cooler climate. While it can get hot around April and May, the temperatures generally are great year-round. And because of its not very high elevation, it doesn’t have the dramatic dry and rainy seasons, but rather retains its green aesthetic all year. Cities near Matagalpa like Esteli and Jinotega share this great climate as well if you are interested in living where there isn’t a large expat community.

Taking a look at the other major cities where you might like to live in Nicaragua, León is the hottest. But don’t despair, if you live in this beautiful and majestic colonial city, you are only about 25 minutes from the beaches of Poneloya and Las Peñitas, and other beaches like Las Salinas that are being developed, so you’ll have places close by to cool off. Or, choose to make your home at the beach instead and go to Leon for theater, concerts, international food, and shopping.

Managua also is very hot–it’s a big city with many cars and people–which is always a contributing factor. In Granada, which sits on Lake Cocibolca (Nicaragua), you don’t feel the heat as much as Leon or Managua. And then there’s funky beachside San Juan del Sur, the only city on the ocean in Nicaragua. And even though it’s hot there, there’s always a breeze.

So head for Nicaragua, check it out, and know that you can live there in pretty much any climate you like–except freezing cold winters.