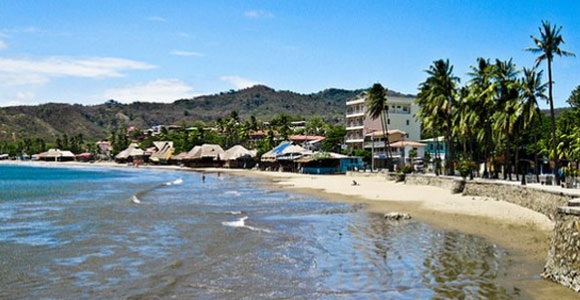 The beachfront in Nicaragua can only be described as “awe-inspiring”

We’ve been telling our readers about beachfront property in Nicaragua’s Pacific coast for the past 10 years. Though prices are on the up, this beachfront real estate still remains one of the world’s best beachfront bargains. You can purchase world-class beachfront…the same caliber of sand and coast as you can get farther north in Southern California…but for one-quarter–or sometimes even one-tenth–the cost.

Why Beachfront in Nicaragua?

Nicaragua boasts a dramatic coastline, too, with rugged shores, cliffs and rocks, crashing surf…then hidden coves and pinkish white sand dotted with palm trees and driftwood and nothing else. Few resorts. Some restaurants. No T-shirt kiosks. No ice-cream vendors. Not yet.

We’re as bullish on Nicaraguan Pacific coast real estate as we’ve ever been on a destination. It’s one of the best property investments you can make today. Indeed, we believe it constitutes the land deal of the decade. You can buy the beach land to build on it…a Spanish colonial hacienda for your family…a little, unassuming beach house for yourself where you can escape and hide away, if only for a few days at a time. Why not…when your initial investment can be as little as $65,000?

And Nicaragua beachfront real estate is not simply a bargain compared with expensive California. Prices here are thousands less than you’d pay for comparable…often less desirable…properties in many neighboring countries.

Take Costa Rica, for instance: In the early 1980s, it was the place to go for affordable coastal property. Yet today, in the community of Tamarindo, for instance, a quarter-acre beachfront lot, with title, is now selling for $575,000. While another beachfront lot in Tamarindo, with just over 1.25 acres, is listed for $3 million. Nicaragua, not 100 miles away–and on the same body of water–will cost you $250,000 today. Five years ago that same beachfront lot in Nicaragua was only $30,000 to $60,000.

Why such an increase in value? That’s easy: Word got out. People came…they saw…they bought. And then they told their friends. Pretty soon, these “undiscovered” retreats became booming travel destinations, and property values kept pace with the increase in the number of visitors.

The Word Is Spreading About Nicaraguan Beachfront Properties

Word is getting out about Nicaragua, too. And that’s why now is such a good time to invest. In the last four years, U.S. News and World Report cited Nicaragua as an affordable retirement destination, The New York Times explained that Nicaragua was where the people who tired of Costa Rica’s high prices were heading…and USA Today reported that same trend.

Much of the action is around the Pacific coast these days, in the beach area of San Juan del Sur, just a stone’s throw from Costa Rica. San Juan del Sur’s bustling community began welcoming passengers from cruise ships in December 1999. Since then, buildings–some wooden clapboard, others concrete–have been gussied up of late, the curbs painted white, the streets swept. Attractive properties exist both in the town proper and up on the hill that overlooks it, as well as along the many beaches that are strung out along the coast within an hour of the town.