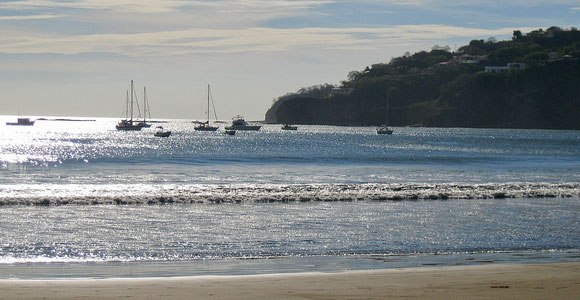 Why You Should Consider Nicaragua

Nicaragua is one of the most beautiful countries in the Americas. The largest country in Central America and the most sparsely populated, it boasts a dramatic Pacific coastline; long, gentle Caribbean beaches; and volcanoes and freshwater lakes that dot the hilly inland.

Nicaragua is virtually unknown—and usually misunderstood—by most people, which is why forward-thinking, international investors can find some of the best real estate deals on earth in this country.

Visitors are now flocking to see the country’s volcanoes, pristine lakes and rivers, rainforests, and ancient colonial towns. Thousands of foreign retirees are also settling down here, mainly in the charming, historical city of Granada; its colonial competition, León: and along the vast Pacific coast beaches in San Juan del Sur, Tola, Popoyo, and Gigante. An up-and-coming retirement location with a cool mountain climate and lake living is the lovely city of Matagalpa and its surrounding areas.

Retirees have been coming for years to live in Nicaragua, recently joined by increasing numbers of young families. Their quality of life is much better than it was at home. Because the cost of living here is so low, they can afford fulltime help (around $6 to $10 for the day), which means more free time for fun, family, and exploration—not chores or traffic jams. They golf, surf, or hike while their kids take ballet, folklore dance lessons, guitar, or singing lessons along with all the regular curriculum in their bilingual immersion schools.

Nicaragua is just starting to take off…there are plans for boutique clinics, shopping centers, and a completely new pier complex with shops, restaurants, and room for the cruise ships to dock in San Juan del Sur alone. People who invest now will surely reap the benefits.

Regardless of where you visit in Nicaragua, people are overwhelmingly friendly and open to outsiders. Nicaraguans are proud of their country and want to see it improve. There is also far less crime here than in the rest of Central America, a reflection of tight-knit communities.

Nicaragua is an exotic land…where the sun shines all day long…on rugged and tropical rivers, clear crater lakes, volcanoes and mountains, colonial cities, and the friendly and lively people.