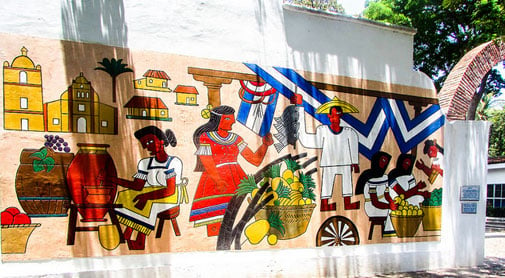 Traditions and Culture in Nicaragua

An Overview of Traditions and Culture in Nicaragua

When you move to a new country, especially where a different language is spoken, you have two choices. Choose to try to replicate the life you had in your home country, surrounding yourself with other expats, live in a gated community and not get involved with the local people. Or embrace the change, learn the language, seek out local friends, and immerse yourself in the culture of your new home.

In Nicaragua, where fewer people speak English than in other Latin American countries, you can miss out on some amazing opportunities because you don’t understand the culture. And, undoubtedly, Nicaragua’s cultures and traditions are completely different than those of the U.S. and Canada.

A traditionally Christian country, approximately 73% of Nicaraguans follow the Roman Catholic religion, with another 15% attending evangelical churches. This means that there are many religious holidays and festivals throughout the year. Banks and government offices may be closed, and there will surely be noise. The Catholic church often shoots off sound fireworks before dawn to wake the people and remind them that there is a reason to attend church that day. Church parades weave through the town, with most of the Catholic congregations following, and sometimes dancing, behind.

Nicaraguans are generally passive people, and have a “live and let live” policy. Don’t bother them and they won’t bother you. They don’t like to insinuate themselves into somebody else’s life. In fact, when they first meet you, they will not ask you “what you do,” nor really question anything about your life including whether you are married, have children, went to university, etc. Nicaraguans also don’t like conflict and would rather tell you what you want to hear than cause offence. You may think all of this is strange, but after living here for a while, you will find it refreshing. It means you can live the life you want to, wear strange clothes, date who you want, build a house and paint it bright colors. And no one will take issue with it. That’s what I call freedom.

Table manners can be different here as well, so don’t be alarmed. For example, there is a delicious dish called vigorón that you buy on the street corners or from people in their homes. It is yucca (cassava) and pieces of pork and pork skin with a spicy cabbage salad on top, all wrapped in a banana leaf. It costs less than $2, but will fill you up. You simply open the banana leaf and dig in with your fingers. Everyone does it. Sometimes you will sit down at a table in a restaurant with your friends and as soon as the others are served, they will eat, whether you have your food or not. Don’t despair. As we know, the food gets cold quickly here, so it’s best to eat when it is served.

It’s the interaction with the Nicaraguan people that I love the most. And it’s because our cultures are so different. I think the U.S. was once this way, when people looked out for others when they were in distress, whether they were strangers or not. Here people are so happy to be your friend if you are sincere. If you go to a Nicaraguan party (wedding or birthday), you are treated like a special guest. A taxi driver recently told me that he had to take an expat to Managua for emergency open-heart surgery. Since her situation was dire, on every single trip that he took to Managua with clients (almost every day), he would go to the hospital and visit her, without being asked to.

An expat posted yesterday in our expat Facebook page that she didn’t notice a rough patch of concrete and fell on the street. She reported that at least half a dozen Nicaraguans ran over to help her, offer her water, brought her a chair to sit in, and waited with her until she regained her bearings, and even offered to walk her home. These kindnesses are abundant in Nicaragua.

Never go to your new country thinking that it is just like home. Be brave. Learn the language so you will understand the culture. Embrace the new things and forget about what you don’t have. The lifestyle in Nicaragua is so beautiful and less stressful. The more you immerse yourself in the Nica life here, the richer, fuller, and happier your life will be.