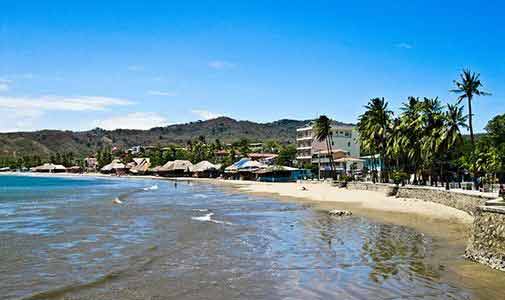 Nicaragua is located in the Western hemisphere, and is the largest of the seven Central American nations by land area—covering approximately 50,000 square miles. Nicaragua shares borders on the north with Honduras and the south with Costa Rica, and the country has coastlines on both the Pacific Ocean and the Caribbean Sea. The land borders are largely defined by water—the Rio Coco forms roughly half of the border with Honduras, and is the largest river in Central America. The border with Costa Rica tracks just south of the shores of Lake Nicaragua and then follows much of the Rio San Juan which terminates at the Caribbean Sea. Nicaragua does not follow Daylight Savings Time, so the country spends half the year on Central Time and the other half on Mountain Time. 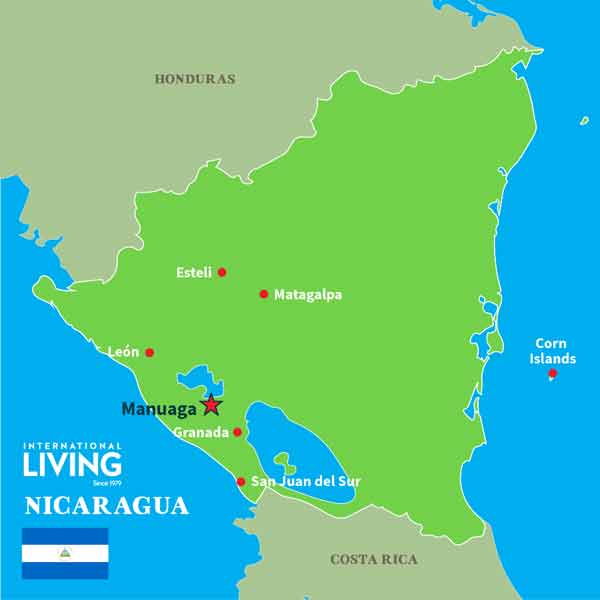 Nicaragua is known as the “Land of Lakes and Volcanos”, and rightfully so. Home to some of the most stunning landscapes and natural features in Central America, this country has seen tremendous growth in tourism over the past decade.

Whether you prefer your beaches to be the Pacific or Caribbean variety, Nicaragua has you covered. If you enjoy hiking in forested mountains or to the top of a volcano, you can do it here. If you like to battle big fish, you can catch tarpon in the jungle or sailfish in the saltwater. And, you can divide your time here between some of the most historic cities in the Americas and the modern amenities of a large capital city.

Nicaragua’s topography is generally broken into three zones: the Caribbean Lowlands, the North Central Highlands, and the Pacific Lowlands. 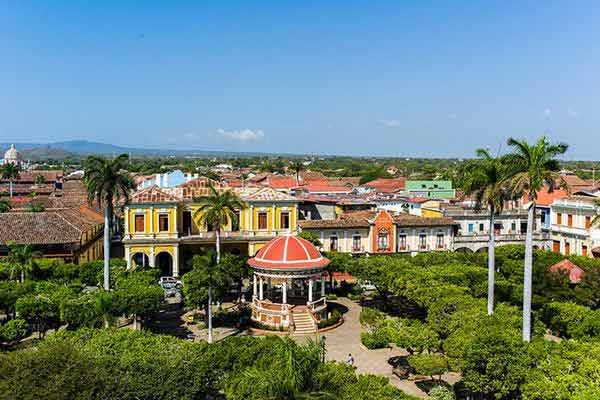 Caribbean Lowlands
This large rainforest region is irrigated by several large rivers and is sparsely populated. The area has 57% of the territory of the nation. The Caribbean coastline is much more sinuous than its generally straight Pacific counterpart; lagoons and deltas make it very irregular. The Bosawás Biosphere Reserve protects 1.8 million acres—almost 7% of the country’s area—making it the largest rainforest north of the Amazon in Brazil. Nicaragua’s east coast is very different from the rest of the country. The climate is predominantly tropical, with high temperatures and high humidity. Around the area’s principal city of Bluefields, English is widely spoken along with the official Spanish. The population more closely resembles that found in many typical Caribbean ports than the rest of Nicaragua.

Popular destinations in this region include Big Corn Island and Little Corn Island, examples of a laidback beach vibe that many Caribbean islands have lost to increased development. The Corn Islands are probably where you’ll encounter the majority of expats who call the Caribbean side of Nicaragua home. More remote, but no less stunning, are the Pearl Cayes. Finally, the aforementioned Bosawás Biosphere Reserve in the north and the Indio Maiz Biological Reserve in the south offer incredible jungle experiences with bird and wildlife viewing for the more adventurous traveler.

North Central Highlands
Northern Nicaragua is the most diversified region producing coffee, cattle, tobacco, milk products, vegetables, wood, gold, and flowers. Its extensive forests, rivers, and geography are suited for ecotourism. This area is significantly less populated and economically developed than the Pacific Lowlands, lying between Lake Nicaragua and the Caribbean. With elevations between 2,000 and 5,000 feet, the highlands enjoy mild temperatures with daily highs of 75 F to 80 F. This region has a cooler climate as well as a longer, wetter rainy season than the Pacific Lowlands. About a quarter of the country’s agriculture takes place in this region, with coffee grown on the higher slopes and tobacco a popular crop especially around the city of Esteli. Oaks, pines, moss, ferns, and orchids are abundant in the cloud forests of the region.

Expats and travelers to the North Central Highlands are drawn to the areas around Esteli and Matagalpa. Visits to tobacco and coffee plantations are popular activities, respectively, and several offer the chance to stay on-site to learn about the production of these important crops. A short trip north from Esteli leads to the Miraflor Natural Reserve, one of the richest orchid zones in the world. Go a bit further to reach Somoto Canyon National Monument.

Pacific Lowlands:
Spanning the entire west edge of the country, these lowlands consist of a broad, hot, fertile plain. Punctuating this plain are the several large volcanoes of the Cordillera Los Maribios mountain range, including Mombacho just outside Granada, and Momotombo near León. Also in this area, you will find Lake Nicaragua—the largest freshwater lake in Central America (19th largest in the world by area) at 3,191 square miles.

The Pacific Lowlands region is the country’s most populous, with over half of the nation’s population found here. Most of the Pacific zone is tierra caliente, the “hot land” of tropical Spanish America at elevations less than 2,000 feet. Temperatures remain virtually constant throughout the year, with highs ranging between 85 F and 90 F. After a dry season lasting from November to April, rains begin in May and continue to October, giving the Pacific lowlands 40 to 60 inches of precipitation. Rich volcanic soils and a favorable climate combine to make western Nicaragua the country’s economic and demographic center.

Aside from the capital city of Managua, which provides shopping and entertainment options not available in many other places in the country, there are many popular destinations in this region. The most well-known beach community on the Pacific coast is San Juan del Sur, home to many expats. Surfing, sport fishing, and other water sports are practiced up and down the coast.

The Pacific Lowlands also contain most of Nicaragua’s Spanish colonial architecture and artifacts. Cities such as León and Granada abound in examples of colonial architecture; founded in 1524, Granada is the oldest colonial city on the mainland of the Americas and home to Nicaragua’s largest concentration of expats. Don’t miss the chance to reach the top of several volcanos. Mombacho, just on Granada’s doorstep, offers incredible cloud forest hiking and views of the city as well as Lake Nicaragua. Cerro Negro, outside Leon, offers the unique sport of volcano boarding where you ride a sled down the slope. Volcan Masaya allows vehicles to drive up to the rim of the crater, where the active lava pool inside is visible. The Laguna de Apoyo, outside Granada, is a protected lake inside an extinct volcanic crater that offers hiking and swimming activities. Finally, take a visit to the largest freshwater volcanic island in the world— Ometepe, in Lake Nicaragua, which is home to not one, but two, volcanos.

How to Get There? 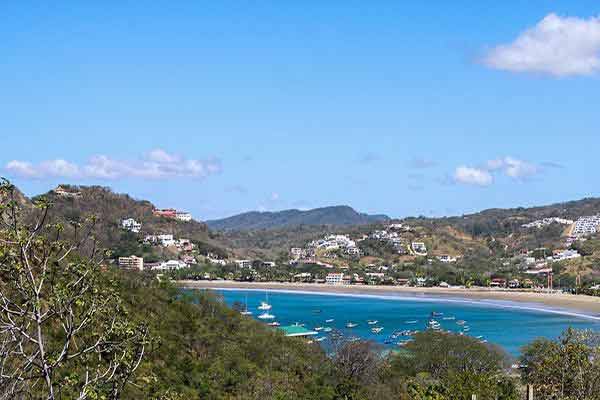 So, now that you know a bit more about Nicaragua…how do you get there and get around?

Nicaragua is served by the Augusto Sandino International Airport (MGA) in Managua. Flights arrive from the U.S. on Delta, United, American, and Spirit Airlines. Flights also arrive from Mexico and other Central American countries on AeroMexico, Copa, and Avianca Airlines.

Nicaragua has a newly-opened secondary international airport, the Costa Esmeralda airport near Tola on the Pacific Coast. This airport serves travelers with flights from Managua on La Costena Airlines or from San Jose or Liberia, Costa Rica on Sansa Airlines. La Costena is Nicaragua’s national airline for domestic flights and serves 10 destinations from Managua, including the Corn Islands, Ometepe Island, and harder to reach areas along the Caribbean coast.

The Pacific Lowlands and the North Central Highlands are well-connected by a highway system. Car rentals are available, but for those not wishing to drive themselves, there are many other options ranging from an extensive public bus system to private bus shuttle servicesand even affordable private drivers for hire.