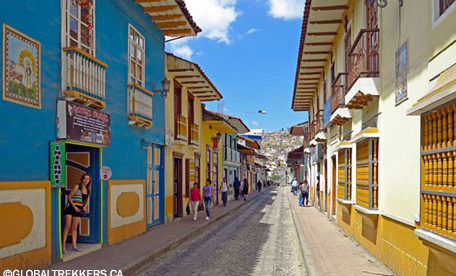 I moved to Ecuador not knowing the language. What’s more, I moved to Loja, a city with very few expats, where most locals don’t speak English. Surrounded by a language I didn’t know, I felt a little like a deer in the headlights at first. Moving to Loja is a jump-into-the-deep-end, sink-or-swim kind of expat experience…and I loved it.

Frankly, I just love Ecuador. Quito and Cuenca—two other cities I’ve spent considerable time in—have a tremendous amount to offer…and large, thriving expat communities. You can live a lifestyle in Quito that is very similar to anything you’d find in a large city in North America.

But I was looking for something different. If I was going to move to another country, on another continent, in another hemisphere, I wanted to fully embrace the differences. I found that adventure in Loja.

Loja is a sprawling city. Its current population is 185,000, somewhere between the size of Tallahassee, Florida, and Salt Lake City, Utah. Fountains, statues, and murals beautify the city. Plazas offer benches under palm trees or shade-giving arbors. Lacy wrought-iron balconies overlook narrow city streets that have a very Old World flavor to them.

My monthly water bill is $3.50. A typical electric bill for one person is less than $20. My quinta (villa) near Loja has a main house and two guesthouses. Annual property tax is less than $40.

Men’s haircuts cost $3 while women’s haircuts can cost from $3 to $10. Manicures are works of art that cost $3. Two dozen roses at Mercado Mayorista cost $4.50. At that price, I have roses in every room of the house.

It is easy to get around, with city buses and inexpensive taxis. Minimum taxi fare is $1.25. Going from one end of Loja to the other runs about $2.50.

For doctors’ appointments ($6 at the UTPL university hospital or $30 at a private clinic), you can hire a translator to go with you for $20, or ask the doctor if he has internet. I’ve communicated with everyone from vets to specialists using nothing but Google Translate.

Mercados (markets) supply eggs, meat, and fresh produce for extremely low prices. Cucumbers are four for $1, tomatoes two pounds for $1, small red and green bell peppers are 10 cents each, avocados are three for $1, papayas and mangoes cost 75 cents apiece, and 30 eggs just $3.50. I paid just $31 for everything you see below. 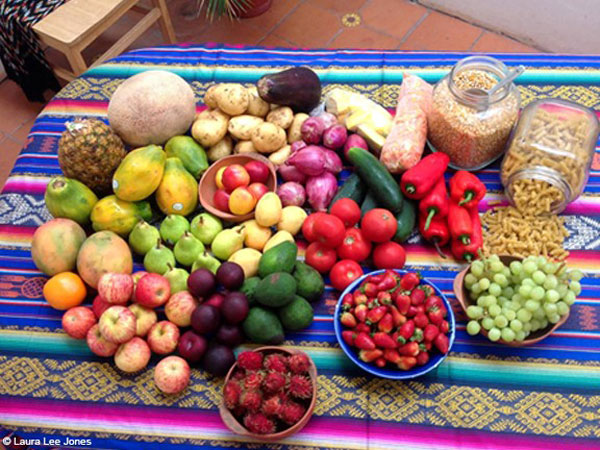 And then there are the intangibles of life in Loja. While the city is frequently rainy, the weather never gets truly cold, allowing for year-round gardening. A slower pace of life means time to sit and people-watch over a cup of coffee at Gina’s Café in Parque Central.

If you’re considering a move overseas, think about what you want out of your day-to-day living experience. If you want an active social life with other expats, if you don’t speak much Spanish, and you want to shop where there is usually someone around who can speak a little English, Cuenca may be a better fit.

However, if you want to integrate more quickly into the local culture, and you’re willing to put more effort into making contacts with other expats, Loja has a lot to offer. I’ve never regretted moving here.

It takes a certain mindset to leave the familiar for a new life abroad. It takes that mindset on steroids to jump into the deep end where there are very few who speak English. You’ll need to be flexible and able to adapt to differences.

Recent years have seen the small South American country of Ecuador attract many foreigners to its borders. The low cost of living, diverse geography, and ease of immigration are just a few factors that make this equatorial nation appealing.

If you love colonial architecture, as I do, there’s a little city in Ecuador that will speak to you. Located in the heart of the Cuxibamba Valley, Loja, has two major universities, a law school, and assorted arts and technical institutes, it has a young, vibrant flavor. People are friendly. And they’re happy here.

Three years ago, I left the United States and moved abroad as a divorcée with five kids. As a writer, I could live wherever I had an internet connection. As the breadwinner for a family of six, I needed a lower cost of living to maintain the standard of living I wanted. And, as a mother, I wanted my children to have the enrichment that comes from experiencing a new culture.