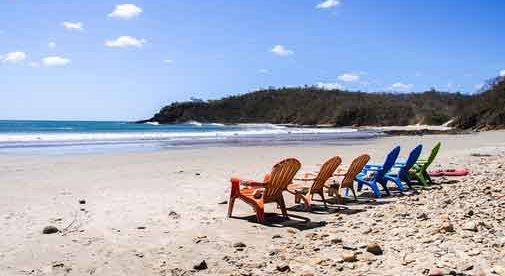 Kelly McGowan, 55, left her job as a probation officer in Tucson, Arizona to move abroad. Trapped in a regular eight-to-five job and unhappy with the U.S. political climate in 2016, Kelly decided to take a leave of absence and move to Nicaragua. Kelly had already visited the country several times. She chose to live in the beach town of San Juan del Sur.

“I picked this particular city because the people are incredible, I could live by the ocean for a very reasonable amount of money, and I’d be able to learn to speak Spanish and surf, two things I’ve wanted to do for a long time,” says Kelly.

Due to her familiarity with Nicaragua, she feels her expectations were realistic. She wanted to be in a city where there were expats and bilingual Nicaraguans so the transition would be easy. Kelly understood that life here would be different and knew that there would be new challenges and adventures.

“My expectations were pretty much on target, except for a couple of things,” Kelly says. “San Juan del Sur is a tourist town, but I didn’t realize that some restaurants and businesses actually closed during the low season. Nor did I know that San Juan del Sur embraced such a party lifestyle, which can mean loud music until 3 a.m. But that was easy to fix because I found a place to live just outside of town.”

The public transportation impressed Kelly…less than $1 from one side of town to the other. There are also airport shuttles and people sharing transportation. “It’s just so easy to get around here,” she says. “And I was pleased to see that there was a library in town. It’s a wonderful place and such a great resource; it offers free computers and lots of books in English and Spanish.”

One thing that met her expectations exactly was the fact that she could live completely within her means. And that was because she had done her homework. Kelly says, “I’m so happy with the amazing mahi-mahi, seabass, or red snapper fresh fish fillets I can get for only $3 to $4 per pound. A whole fish costs only $2.50. I don’t eat out too much, so I save a lot of money that way. I found a decent apartment with WiFi and utilities for $300 a month. Where can you get this back home?”

Kelly admits that she had to get used to some things. “I didn’t realize that the electricity goes out from time to time. But I learned to work around it. Sometimes there is no water. So, I keep large bottles of water in the house. There’s always a solution.”

“I love living here,” she says. “The air and water temperature are both completely desirable. There’s hardly any pollution, no big factories emitting carbon. The population of the entire country is very low (6.2 million) and most people don’t own cars, so the air is super fresh.

“I could live here forever. I’m not trying to replicate my life in the U.S. I’m looking for an experience, an adventure. I laugh when the public bus, fully loaded with passengers, starts driving backwards to stop at a place to change the tires. I smile, when I see the man who doesn’t have a vehicle so he carries his hand-made cedar desk on his head, trying to sell it and with the man who is sitting by the door to the bank with three big fish to sell,” says Kelly.

Kelly says that if you want to move to Nicaragua, “You should try it out first. Understand and embrace the differences so you are not surprised when you live here. Make sure that your first impressions match your expectations. Then you know you’ve found the right Paradise.”

10 Reasons to Live in Nicaragua

Here’s some Amazing Facts About Nicaragua