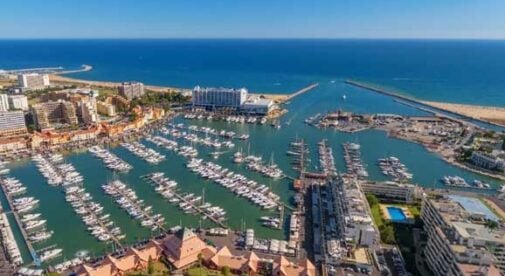 Although compact in size, Portugal offers something for almost every budget. With such diversity among its expat population, there are those who relocate from expensive areas of North America like New York City, Los Angeles, or Montreal, and others who migrate from simple, small-town life.

In general, a couple can live comfortably in most areas of Portugal on a monthly budget of $2,300, depending on their lifestyle. Larger cities like Lisbon, Porto, and the Algarve require a bit more while small towns require less.

Let’s have a look at three possible locations in Portugal that offer options for living on a low, medium, or high budget.

Not far from the Spanish border sits the mid-sized city of Castelo Branco with the municipality of the same name. The city center is composed of a bustling square dotted with shops, restaurants, and clinics. Nearby tree-lined boulevards lead to a modern shopping center, public hospital, silk museum, and baroque garden. The Beira Baixa train line runs from Castelo Branco to Lisbon, in about three hours or into the Serra do Estrela mountains, along with other locations across the country.

While there are some expats in the Castelo Branco area, English is not widely spoken here, and knowing some Portuguese would be essential. This is a place to settle only if you want total immersion in the Portuguese lifestyle, which can be rewarding and affordable.

Winters in this area are cold and rainy with temperatures ranging from 50 F during the day and dipping to 39 F at night. Summer temperatures are not too warm averaging around 75 F.

The cost of living is low here and a couple could live comfortably on $1,615 a month, depending on one’s lifestyle. Below is a sample of a budget for two:

You can visit our dedicated Cost of Living in Portugal page here.

Next, we look at a where a couple can live comfortably on a medium budget, with a larger expat population.

Located one hour north of Lisbon is the city of Caldas da Rainha, on the beautiful Silver Coast. The cobbled town center is packed with shops, restaurants, a bus station, and a daily produce market. Nearby there is La Vie, a modern mega-mall, and right across the street is Dom Carlos park with a small lake, cafe, museum, and walking trails. The beach towns of Foz do Arelho and Nadadoro are just a 10-minute drive from the city center and come alive during the summer.

Famous for its thermal hospital and ceramics school, Caldas, as it’s called, has several museums, gyms, a bowling alley, and a large expat community. Various medical and dental clinics will cover all your healthcare needs along with a public and private hospital. English is widely spoken among the younger generation.

This is a wet area with mornings often covered in a sea mist that typically goes away by mid-day. Summer temperatures rarely get too warm, hovering around 70 F while winters can be rainy and cold.

The cost of living here is reasonable and many who work in high-priced Lisbon live in Caldas or have weekend homes in the area. Let’s have a look at the budget:

The southern tip of Portugal known as the Algarve, is lined with golden sandy beaches and turquoise water dotted with caves, grottoes, and jagged rock formations. Boasting some of the warmest weather in all of Europe, the area is blessed with over 300 days of sunshine, hot, dry summers, and mild winters with little rain. There has long been a presence of British expats here ensuring that English is widely spoken here.

There are typical Portuguese towns like Quarteira, Loulé, and Silves where working-class locals struggle to make ends meet, and resort towns like Vale do Lobo, Almancil, and Vilamoura where the rich own vacation villas priced into the millions.

Known as the Golden Triangle of Portugal, the towns of Almancil, Vale do Lobo, Quinta do Lago, and Vilamoura offer luxury living to those who demand the best. Apartment prices start around $300,000 and up while stand-alone homes soar into the multi-millions.

Let’s have a look at a high-end budget:

This is an example of how expensive rentals can be in the Algarve, but there are plenty of lower-cost options. Don’t let this scare you away from Algarve living as there are plenty of expats living here on far less. Our budget is around $3,000 a month which includes renting a two-bedroom condo in a gated complex with a pool for $,1000 a month. We eat at home much of the time or choose budget-friendly restaurants when we do go out.

From total immersion in the Portuguese lifestyle where rents are cheap to multi-million-dollar estates, this compact country that we have come to love has something for every budget.