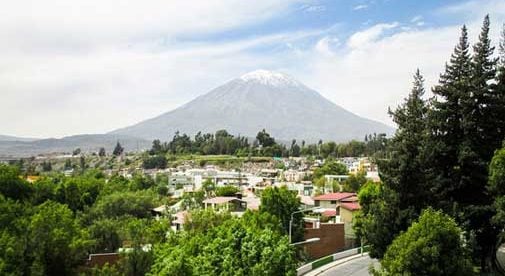 It is surprising that Arequipa is still such a well-kept secret as a place to spend your retirement years. After all, there are over 300 days of sunshine per year, the Pacific coast is only a couple of hours away by bus, and the spectacular hiking trails of the Colca Canyon are only three hours away in the other direction. Add the low cost of living, great restaurants, and friendly people and you have the makings of a great place to live. So why are we leaving after only arriving a year ago?

Exactly one year ago, my wife Nancy and I made the decision to move somewhere in Latin America after spending almost 10 years in Asia…six years in China and then three years in Thailand. Neither of us had ever been to any country south of the U.S. and we were looking for another adventure. We wanted a location that was not already inundated with expats and a country where we would be forced to learn the language and experience an exciting and colorful culture.

After settling on Peru, we knew we had to choose somewhere as a starting point and soon narrowed down our selection to two places; Arequipa and Huanchaco. Both seemed to have their pros and cons but the only way we would be able to choose between them would be to try living in each for an extended period of time. We flipped a coin and picked Arequipa as our first stop.

We have loved living in Arequipa…but now we’d like to give the northern seaside village of Huanchaco a chance. After 10 years abroad, we are down to a total of four suitcases and two carry-ons for our life’s belongings. Packing up and moving from our beautiful, fully-furnished condo in this historic city is an easy process.

Arequipa is only a couple of hours from the beaches of the Pacific Coast. It’s only a $5 bus trip to get to the ocean, but we discovered it is still far enough away to dissuade us from traveling there on a regular basis. And for several months of the year, it is socked in with fog and cloud, as is most of the western coastline south of Lima.

Neither of us has ever lived on the water for an extended period of time. We have heard that beach life may grow old quickly, but we are willing to give it a try. Even with the influx of tourists on weekends and during the summer months, Huanchaco has managed to maintain its small-town charm.

Our new three-bedroom, furnished apartment will only be a five-minute walk from the beach. Rent will be $600 per month—utilities, internet and TV package included.

3. We Will be Able to Explore All That Northern Peru has to Offer

Arequipa has been a great base to explore the southern part of the country. Nazca, Cusco, Puno, and the nearby beaches are all within easy driving or flying distance. We have had the opportunity to experience southern Peru’s great cuisine and history. Now we look forward to using Huanchaco as a base to visit all the spectacular areas in the northern part of the country.

The country from Trujillo to the Ecuador border has a plethora of beautiful beaches along the coast and hundreds of archaeological sites stretching into the interior of the country. All will be easily accessible from our new home in Huanchaco.

4. Huanchaco is the Best of Both Worlds

I am a small town kind of guy; my wife loves big cities. Where we are moving, both exist side by side. The bustling city of Trujillo with its population of almost one million is only a 20-minute drive from the quiet seaside village of Huanchaco. They are separated by the 2,000-year-old archaeological site of Chan Chan and a few miles of desert. It is a physical and psychological boundary. And there is also the beach added in as a bonus—a popular surfing destination on the west coast of Peru.

5. A Whole New World of Food

Top critics have described Peruvian cuisine as one of the world’s most important and a prime example of fusion cuisine, due to its long multicultural history. The northern and southern parts of the country each have their own distinct styles and dishes. After tasting much of what Arequipa has to offer, we are looking forward to trying out the regional dishes in other parts of the country.

Huanchaco is deemed the birthplace of modern ceviche—typically made from fresh raw fish cured in citrus juices, such as lemon or lime, and spiced with ají or chili peppers—and is still considered one of the best places to sample this Peruvian delicacy. A great variety of ceviche restaurants are dotted along Huanchaco’s main seafront road.