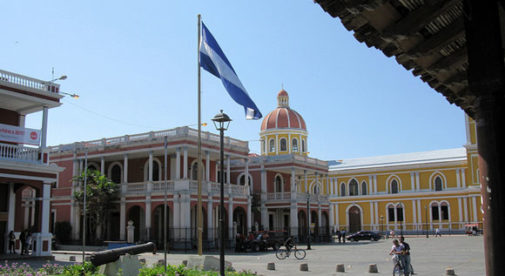 For Janice and John-Marc Gallagher (ages 52 and 58) the opportunity was too good to pass up. They had moved to Granada, Nicaragua, in 2003 after spending almost seven years in Costa Rica.

“We had fallen in love with Granada many years before,” Janice says. “So we moved there after we sold our business in Tamarindo.”

And then life took a turn.

They adopted a Nicaraguan boy and knew that one day they’d want a place where he could run and play.

John-Marc was working in a Granada real estate office when a local man contacted him about a large working farm he wanted to sell…and John-Marc fell in love with the property at first sight.

The land is at a cooler, higher elevation than Granada, but only a 20-minute drive to the northwest, near a small town called Diriomo.

Eventually, John-Marc sold the farm through his real estate office…three times, in fact. But when it came up for sale a fourth time, the Gallagher family said enough is enough—they were going to buy it for themselves. In 2008, they set up home there permanently.

Funny thing is, neither Janice nor John-Marc had never lived on a farm before.

Today—just five year later—says Janice, “We raise cows, pigs, sheep, chickens and horses. We grow black beans, corn and tobacco that my husband uses to blend his own cigars.” (The brand, named after the farm, is Finca las Genizaros.)

“We have a three-bedroom home, two guest cottages, stables, a cattle barn and a sheep barn. I do horseback tours for tourists and we host parties and day trips for local churches and youth groups.”

They’ve been surprised by how well things have turned out.

“We’re at the break-even stage with the farm, but we love it,” she says. “The biggest surprise is how self-sufficient we are. Our cows give milk so I make mozzarella cheese to sell to local restaurants; we make our own butter, sour cream and cream; we have our own eggs; we have our fruit trees and avocado trees; we eat our own pork, beef and lamb. It’s really satisfying and healthy.”

And that’s not all. The Gallaghers have seen lots of niches in need of filling in Granada, and they have many money-making irons in the fire. In addition to the farm and cigar business, they have a property management company in Granada, they recently quit managing a resort at nearby Lake Apoyo, John-Marc has a woodworking and construction business and they’ve even started a school for local kids.

I would say they’re not the type to sit back and watch the grass grow…but that’s not strictly true. They have dozens of acres and they get to happily watch over it all…

An Overview of Traditions and Culture in Nicaragua

Everything you Need to Know About Living in Nicaragua