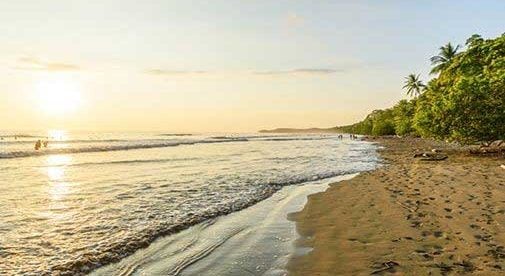 Mention the word “tropical” and most people will think of turquoise-blue waters and powder-white beaches. But one downside of a tropical retirement can be the threat of hurricanes.

But there are many idyllic retirement havens where savvy retirees can get all the pleasures of life in the tropics without the specter of super-destructive storms. You can live the laidback tropical lifestyle with no worries about the need for expensive hurricane insurance.

Here are three beach towns in Latin America that are historically hurricane-free or have low risk of a direct hit. 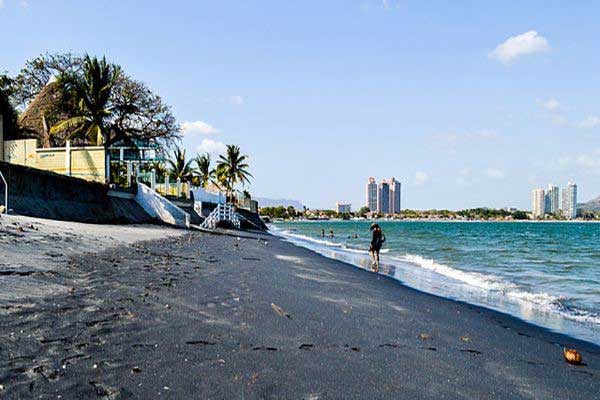 Located just an hour from Panama City, Coronado has long been a sun-soaked getaway for Panamanians but has attracted increasing numbers of expats and North American tourists, in recent years.

A popular beach town on Panama’s Pacific, Coronado is on the Arco Seco or “Dry Arch” stretch of coastline, so named because of the remarkably low rainfall it receives, which makes for good beach weather year-round.

“Panama is in the tropics, which means it’s humid and has an extended wet or ‘green’ season,” says IL Panama Editor, Jessica Ramesch. “But in Arco Seco or ‘Dry Arc’ areas, towns like Coronado and Pedasi are sunny most of the year.

“Even during the green season, mornings tend to be sunny with an hour or two of showers in the afternoon—extreme temperatures and weather are practically unheard of here.

“Panama is outside the hurricane belt and while we can see periods of high heat and humidity, the average temperature on the coast is about 88 F during the day and 78 F at night—breezy yet warm. It’s perfect for me and the many other expats that live here.”

Playa Coronado sits at the end of an inviting, crescent-shaped bay. The water displays many shades of green, the waves are small, the sea is warm year-round, and the beach is a mixture of pure sparkling black and golden sand.

Thanks to the discounts provided qualifying retirees by Panama’s Pensionado visa, the cost of living here can be reduced even further beyond what would already be considered good value. Depending on lifestyle choices—many retirees hire maids and a landscape gardener—a monthly budget for a couple in Coronado would run from $1,750 to $2,975. 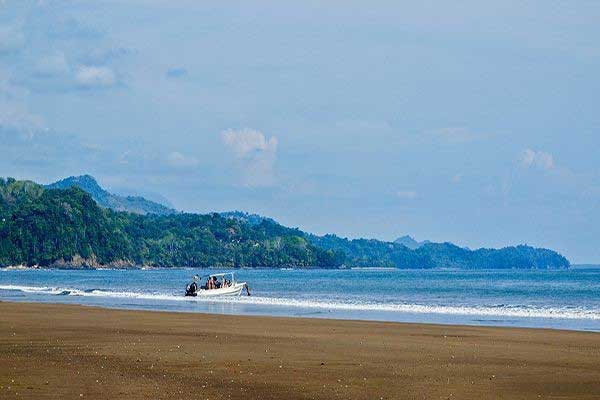 Nestled in the Southern Zone of Costa Rica, Uvita is a paradise for those seeking a tranquil, tropical life, connected with nature.

Here, expats are enamored with their adopted home for a number of reasons: the rugged landscape, quiet beaches, jungles and waterfalls, and ultimately because it has not given way to large development.

“Although this area of Costa Rica, does have a healthy rainy season—which peaks in September and October—you don’t have to worry about tropical storms or cyclones making landfall,” says IL Roving Latin America Editor, Jason Holland.

Considered the hub of Costa Ballena (a 22-mile stretch of coastline), Uvita is punctuated by a long sand bar that connects the mainland to a spectacular coral reef formation, known as “The Whale’s Tail” at the northern end of Marino Ballena National Park. When the tide is low, views from above look exactly like its name infers, a giant whale’s tail emerging from the sea as each swell crashes over it.

It’s one of the most popular places to see whales “breach” during their annual migration—in fact, there are so many humpback whales, Uvita hosts an Annual Whale and Dolphin Festival.

“Even though cost of living is very dependent on your specific lifestyle, a couple could live well in Uvita, including rent, for about $2,500 per month,” says Holland. “That’s with plenty of nights out at the area’s ocean- and sunset-view restaurants. And thanks to the affordable healthcare and abundant cheap fruits and veggies in local markets, it’s easy to save money.”

The small fishing and surfing village of Huanchaco—located about 20 minutes from the historic city of Trujillo, Peru—is a popular beach town for its laidback, comfortable vibe. Best known for the hand-crafted reed boats that fishermen first started using over 2,000 years ago, Huanchaco is an ideal retirement location for those seeking a peaceful, inexpensive beach town.

For most of the year, temperatures hover around the low to mid 70s F and rainfall is pretty much non-existent. Springtime starts in early September, but the winter months (June to August) can sometimes feel like a chilly U.S. autumn and temperatures can dip into the mid-60s F. But even during these cooler months, there will still be two or three days of warm sunshine every week.

During the peak summer months of January and February, Huanchaco swells in size as the tourist population increases. However, with the airport located only 10 minutes from the beach, it can be a good time to explore other popular locations such as Cusco, Lima, or Arequipa, in a couple of hours.

Steve LePoidevin, IL’s Peru Correspondent, lives in the affordable Peruvian town. He says, “We rent our new, furnished three-bedroom, two-bathroom apartment for $800 per month, including internet and all utilities, but older unfurnished units are available for much less around town.

“The beach is only a five-minute walk from our front door and all amenities are within a short walk. In Huanchaco, a couple could easily live on a budget of $2,000 or less.”