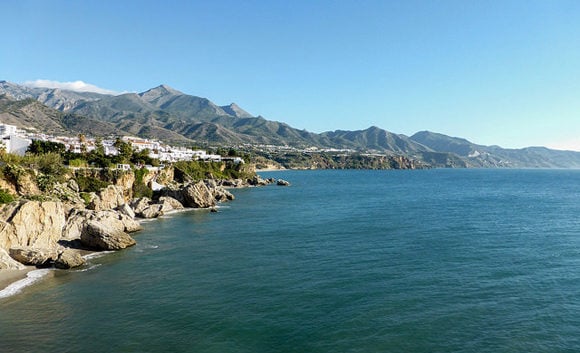 Cost of living in Spain is one of the lowest in Western Europe, even in the cities. (And the famous Spanish sunshine you get for free.)

Leaving aside rent or mortgage payments—and depending on your lifestyle—a couple could easily live on $20,000 to $22,000 a year and still eat out regularly. Once you know where to go, a meal for two with wine or beer can cost as little as $30.

For the best value, choose the lunchtime menú del día (the menu of the day, or lunch special). Lunch is the big meal of the day, a sit-down affair of at least an hour, and it’s filling and well-balanced. In most places, the menú del día usually costs between $12 to $20, with about $15) being the norm these days. For that price, you get a first course (generally a salad, soup, paella, or vegetable dish), a main course (usually meat or fish, though vegetarian options are increasingly common), a beverage (which can be beer or wine), bread, and often either dessert or coffee.

A local beer and a free tapa (a little snack that can be anything from a small dish of olives to a couple of rings of fried squid) costs around $2. In bars that charge for their generously sized tapas (very common in Andalucia), a filling meal of a drink plus a couple of tapas can run you $6.75 to $8. Even dining in classier restaurants isn’t overly costly. For a couple, the bill is usually somewhere between $45 and $80, wine included.

Though individual grocery bills can be hard to estimate, $100 per couple per week is ample. In fact, if you like to eat out (and many people do), your in-home grocery budget will likely be below this amount.

Because of the warm climate, many basic food items are inexpensive here—Spain produces a variety of fruits and vegetables both for domestic consumption and for export. In season—and Spain has a long growing season—many produce items cost €1 a kilo (around 60 cents a pound). In addition, many fruits and vegetables that are relatively gourmet items in North America—baby artichokes, cherimoya, and doughnut peaches, for example—are locally grown in Spain.

Typically, meat and fish are good value—local lamb can run about $10 a pound, and in coastal regions fish and shellfish are $2 to $7 a pound, depending on the variety. Mediterranean specialties like olive oil and wine are abundant and inexpensive—starting at $4 a liter for olive oil and $3.75 a bottle for local wine. Jamón serrano, Spain’s answer to Italy’s cured ham, prosciutto, is also readily available. Because of these prices and availability, it’s easy to eat very well, but healthily, if you choose.
Having a car is truly optional in Spain, saving you purchase and maintenance costs. Spanish cities and villages are designed for walking, with most shopping centers easily accessible on foot. For longer distances (or bigger shopping trips), public transportation is readily available. Excellent bus and train service gets you quickly around town or around the country. In many cities you can buy either a monthly transport pass or a 10-ride ticket for buses and metros. And from age 60 on, you begin qualifying for retiree fares, which cut long-distance travel costs substantially.

Accommodation, traditionally the single largest item in any budget, doesn’t have to break the bank in Spain. In many small to mid-sized cities, you can find cozy one-bedroom apartments starting in the €400 (about $492) a month range. And it’s still possible to find apartments like these for sale for under $100,000 in some locations.

Keep in mind that Spaniards, like many Europeans, are used to smaller living spaces than North Americans are used to. It’s not unusual in Spain for a 1,000-square-foot apartment to house a family of four, or for a couple to live in a two-bedroom apartment of just 550 square feet or so. Large apartments are always available if you want them…but with Spain’s warm climate and outdoor lifestyle, you may find yourself spending much of your time out…sitting at cafés with friends, enjoying the beach, or exploring the vast interior.

The following monthly budget is based on the cost of living in a mid-sized city like Alicante for a couple:

*Healthcare cost is based on the Sanitas (Spain’s largest private health-insurance company) rate of €111.13 ($136.69) per month per person for a healthy person in the early 60s. For reference, the monthly rate for a healthy 55-year-old is €51.75 ($63.65). The plan includes complete healthcare plus dental, with a small co-pay.

Depending on how you choose to spend your money, your individual budget could be more or less than the one here. Small apartments in Alicante start as low as €325 ($400) a month…or can be €1,000 ($1,230) or more if you want a large house with a pool, ocean views, and other luxuries. Likewise, you may choose not to have a maid, or to spend more on entertainment. But a couple should be able to live comfortably on about $2,200 to $2,400 a month in Alicante, Granada, or a number of beach destinations in southern Spain, as well as in some destinations in northwest Spain, such as Santander.

Rent in large cities like Madrid, Barcelona, and Bilbao, and in some northern coastal areas like San Sebastián and the Catalan coast, will be somewhat higher.