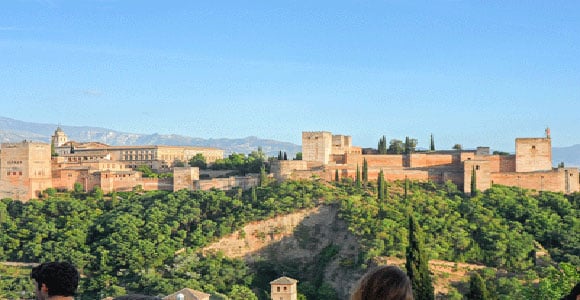 Travel Guide for Travelling Across all the Regions of Spain

Spain is connected to the European continent at the French border, but when you travel in Spain you realize that in many ways it feels more like North Africa. The Iberian Peninsula stretches away from northern Europe into the Mediterranean and nearly touches Morocco. The Moors crossed into Spain from Morocco and for centuries occupied most of the country. They left their mosques, their palaces, and their poetry behind.

Spain is exotic and awe-inspiring. It has Roman ruins, Moorish fortresses, and early Christian cathedrals. The landscape is ruggedly beautiful, the traditions are colorful, and Spain’s museums inspire tourism with some of the greatest art collections in the world.

Madrid is a cosmopolitan city with tremendous works of art, elegant restaurants, and trendy clubs, so it is logical that most people traveling in Spain try to make a stop in Madrid. The most picturesque section of Madrid is the old quarter. A labyrinth of narrow streets lies between the Puerta del Sol and the Royal Palace, each with a sign depicting an activity that distinguished the street in the past; for instance, Pasadizo del Panecillo has a picture of friars distributing bread to the poor. To the east of the Royal Palace is Plaza de Oriente, with its magnificent statue of Philip IV created by Diego Velázquez. Have a glass of sangria in the Plaza Mayor, near the palace: You will be surrounded by 17th-century buildings with balconies and arches.

Anyone not too faint of heart who visits Madrid must attend at least one bullfight. They provide a unique insight into the Spanish, who see bullfights as matches between man and the untamed elements. While they may seem barbaric to animal lovers, the Spanish believe bullfights are fair contests.

Flower-filled Barcelona is sociable, stimulating, and the most European of the Spanish cities. Residents love their town–to them, Barcelona’s ancient hegemony over the Mediterranean is only temporarily in eclipse. The city’s Catalan culture, once suppressed by General Franco, is back in full swing, with street signs, maps, museum labels, and conversations in the distinctive Catalan language. Adding to Barcelona’s charms are low-priced hotels, restaurants, and efficient transportation that make traveling in this part of Spain a breeze.

Long one of Spain’s industrial powerhouses, Bilbao—on Spain’s green, northwest coast—today is also an arts center and the poster child for urban renewal. Home to the wildly successful Bilbao Guggenheim museum, it offers plenty of other culture as well, a pedestrian-friendly medieval quarter of shops, restaurants, and tapas bars, and nine miles of seaside living along the estuaries that lead to Bilbao’s beaches. Head to the green hills outside town for a wealth of sports… and France is just over an hour away.

Granada’s romantic ambience can make you feel that you’re living a legend.. It is most famous for the beautiful Moorish palace called the Alhambra, but it is worth traveling to for its own sake. The city is set on two hills, one topped by the Alhambra, and the other, in the old quarter known as the Albayzin, by a cluster of tiny houses set along narrow streets.

Traveling in the Costa del Sol

Don’t go to the Costa del Sol unless you thrive on the excitement of crowds and nightlife. It’s overdeveloped and overcrowded. But its long, sandy beaches are lined with beautiful bodies from all over the world; its clubs are filled with fun-loving dancers ready for a good time. Young people flock to the coast during their vacations in the same way that U.S. college students flock to Florida during spring break, and the great crowd isn’t always a drawback–in some cases, it’s an attraction. The climate is warm and gentle on the Costa del Sol. The average temperature year-round is 75° F, the sky is intensely blue and nearly always cloudless. For a dose of culture and big-city life, spend a few days in Málaga, whose rail station and international airport are the points of entry to the Costa del Sol.

Spaniards who would rather relax on a secluded beach than gaze at crowds of bodies head for the Costa Brava (as long as they avoid going during July and August). Spain’s northernmost Mediterranean coastline, the Costa Brava, stretches from north of Barcelona, Blanes, to the French border. The “Wild Coast,” as it is known, has an untamed, rugged beauty. Pine trees fringe the rocky cliffs that drop to the beaches. Little towns are sheltered by the coast’s protective coves. The climate here is temperate, even in winter. The water is transparent and warm.

Traveling on the Canary Islands

Scattered off the coast of West Africa, Spain’s 13 Canary Islands are blessed with 360 days of sunshine, and only on record-breaking days does the temperature dip below 65° F. The major islands are Tenerife, Gran Canaria, Fuerteventura, La Gomera, Hierro, and La Palma.

Traveling on the Balearic Islands

The Balearic Islands peek sleepily out of the Mediterranean, half hoping no one will notice them. They have changed a great deal since the days when Mallorcans threw stones at George Sand for wearing pants. Today, artists and hippies mingle among the old women in traditional black. But, with its many green hills, the Balearics are more than just beaches… many visitors today plan cycling trips around Mallorca or Menorca, enjoying the islands’ beauty close up.