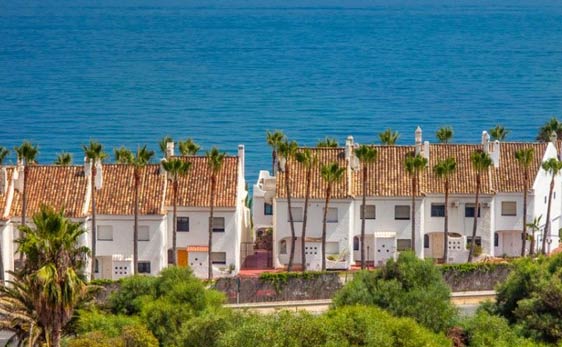 Our Guide to Short Term, Long Term, and Vacation Rentals in Spain

Spain is the third most popular tourist destination in the world, and many tourists, especially Europeans, choose to rent short-term vacation rentals for their stays. Many then go on to buy or rent a property long-term, even retiring in Spain, in many cases. As a result, beach and other tourist areas tend to have loads of short-term (less than 12 months) and vacation (less than three months) rentals available. Non-tourist destinations in Spain will tend to have long-term rentals but relatively few short-term or vacation rentals.

The two markets, short term and long term, tend to operate rather differently. Here are a few pointers to keep in mind.

Vacation rentals, which are three months or less, tend to cost significantly more than long-term (12 months or longer) rentals. In tourist areas, for instance, you may pay €1,000 ($1,230) a month for a vacation rental that would cost perhaps half of that if you were renting it for a year. In many places, the vacation rate, even for a stay of several weeks or months, essentially is multiples of a daily rate—what you might pay per night in a mid-range hotel, for instance. This is somewhat negative news for North Americans and other non-EU citizens who want to live part-time in Spain and are limited to the Schengen Zone’s 90-day stay.

On the plus side, however, vacation rentals are plentiful, they come fully furnished, the rate generally includes all utilities and other incidental costs, and many appear on English-language websites, making them easy to find. Even if you plan to live in Spain long term, getting a vacation rental for a month or so when you first arrive can simplify your move. You may be asked to put down a deposit on a vacation rental, although you probably won’t have to sign a contract. You will need to leave when your vacation-rental period is up unless it’s available for longer and you arrange the stay with the manager or owner.

Short-term rentals longer than three months, and long-term rentals, are a different story. You’ll be asked to show that you can pay the rent and may also be asked for references. You’ll be expected to put down one or two months’ rent as a deposit. You should also have a rental contract. For long-term rentals, it’s usually a one-year contract renewable annually, and you have the right to renew for up to five years, unless the landlord states that he or she plans to personally move in on a given date.

Landlords are allowed to raise the rent if improvements are made, but there is a 20% cap overall. If you leave before your contract expires, you may be required to pay the rent through the end of the contract period. So if you think you will stay less than 12 months, or that you may leave suddenly, consider having an escape clause written into your contract. Alternatively, since June 2013, it’s been possible to write contracts for only six months, with rolling one-month renewals afterward.

Longer-term rentals may come either furnished or unfurnished. Keep in mind that “furnished” can be a flexible term and that “unfurnished” may mean the apartment is totally bare—without even appliances.

Properties listed on Spanish-language websites tend to offer a wider range of prices (read: great, cheap deals) than do the German- and English-language websites (these last tend to be geared toward Britons, not North Americans, by the way). Learning enough real estate Spanish to read the Spanish sites’ ads (combined with good use of websites’ translation functions) can pay off well.

Get Your Free Spain Report