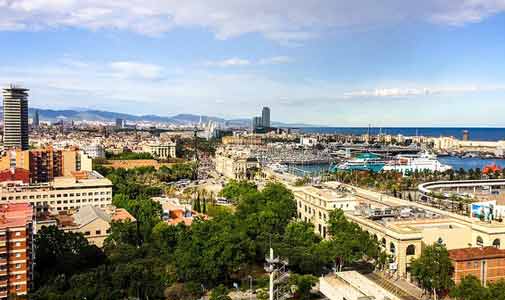 There’s so much to love about Spain: the culture, the people, the rich history, the food and wine, the siestas….

It’s a country of blissful contradictions. Ancient, yet modern. Bustling, yet laidback. Formal, yet friendly. Diverse and changing, yet still traditional.

So here’s the skinny on my favorite corner of Europe…Spain.

Spain is located on the Iberian Peninsula, in the southwest corner of Europe. It shares the peninsula with Portugal, but Spain occupies the lion’s share—about five-sixths. Spain has Portugal to the west and France to the north. The rest of the country borders on water…and often on beach (more on that later). Spain’s northwest border is the Bay of Biscay. To the east and southeast is the Mediterranean, and to the southwest, past Gibraltar, is the Atlantic Ocean.

In addition to the Spanish mainland, the Balearic Islands (notably Ibiza, Mallorca, and Menorca), in the Mediterranean, belong to Spain. So do the Canary Islands, located in the Atlantic off the coast of Africa. Two autonomous cities in North Africa, Ceuta and Melilla, also are part of Spain.

Spain is the second-largest country in Western Europe, just slightly smaller than France. But its population is relatively low…only an estimated 46.4 million in 2018. And, as Spaniards increasingly tend to live in the cities—a trend that is decades old—vast swathes of the countryside are very sparsely populated, dotted with small towns and villages.

How to Get There 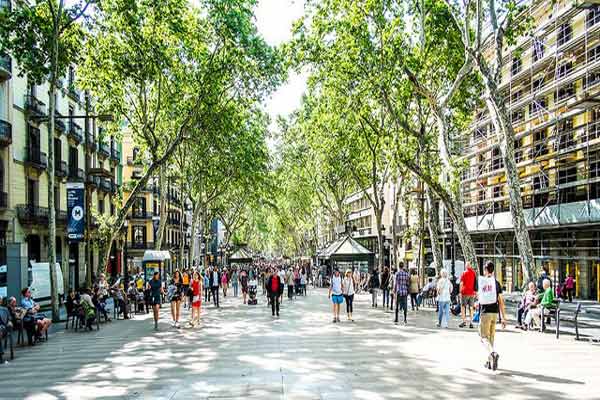 Spain is the third-most popular tourist destination in the world. Europeans have flocked to Spain’s beaches for vacation and retirement since the 1960s. For visitors from the rest of the world, Spain is a popular cultural destination, with exciting cities, spectacular architecture, concert halls, and world-class museums. As a result, getting to Spain from almost any place in the world is fairly easy.

For visitors arriving from outside Europe, the main point of entry is Madrid’s Adolfo Suárez/Barajas International Airport. Those arriving from within Europe (either directly or via a European connecting flight) have additional choices: a plethora of other airports in Spain that handle mostly European flights. All the major cities have international airports. But thanks to Spain’s popularity among vacationers, so do many beach and near-beach destinations, as well. (Examples include Alicante, Santander, Jerez-La Parra airport, and the Costa Brava airport near Girona.) Discount airlines, as well as major carriers, often serve these smaller airports.

Direct, transatlantic flights from North America generally fly into Madrid, sometimes with a stopover in Barcelona. Flight time from the East Coast is usually about seven hours; add on two to three hours for West Coast flights.

Once in Spain, its extensive high-speed train system (see: Renfe.es for routes and fares) and many private bus companies make travel within the country easy, at least to cities of any size. To explore Spain’s vast interior or out-of-the-way coastal areas, renting a car is advisable. 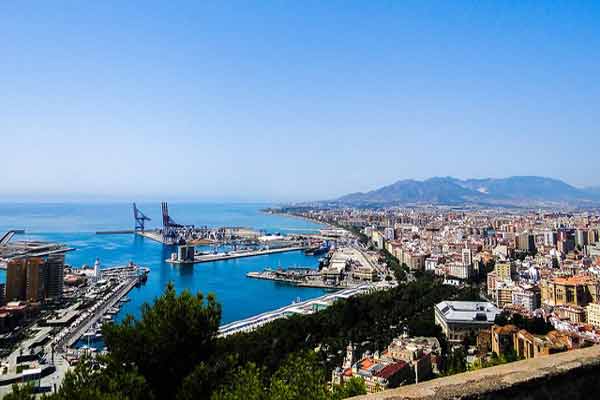 Spain is a rugged, mountainous country. In addition to the Pyrenees, which separate Spain from France, there are several mountain ranges within the country. And much of central Spain (81,000 square miles, in fact) is a relatively high plateau known as the Meseta Central.

This geography has created three main climate zones in Spain: 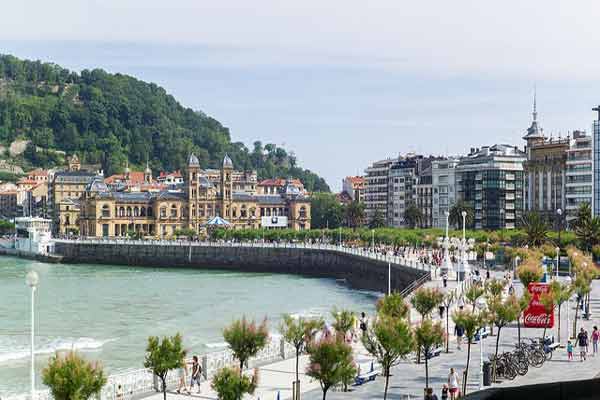 The Kingdom of Spain is a monarchy, and King Felipe VI is the head of state. There are two houses of Parliament, and the head of government is the prime minister.

Administratively, Spain is divided into 17 Autonomous Communities (plus two autonomous cities). The Autonomous Communities are further broken down into provinces. This structure was approved under Spain’s 1978 constitution to guarantee limited autonomy to the historic “nationalities and regions” that make up modern Spain.

Two results of this structure: Autonomous Communities are allowed to govern themselves to a large degree. And there are many official languages.

Castilian Spanish is the official language throughout Spain, and all Spanish citizens are required to learn it. But many Autonomous Communities also have co-official languages that are part of their heritage. These languages are Catalán (in Cataluña); Valenciano (in Valencia); Basque (in the Basque Country and parts of Navarre); and Gallego (in Galicia). Finally, Aranese, a local variant of Occitan, is co-official in certain areas of the Catalan mountains.

In these regions, you’ll see street and shop signs in the local language, it will be taught in schools (in fact, instruction may be in these languages), and you may hear it spoken by locals. But Spanish is understood everywhere.

(Note: In tourist areas, many Spaniards in service industries speak some English. However, outside these areas, you may find relatively few people who speak passable English. Some basic Spanish is very useful for traveling in Spain.) 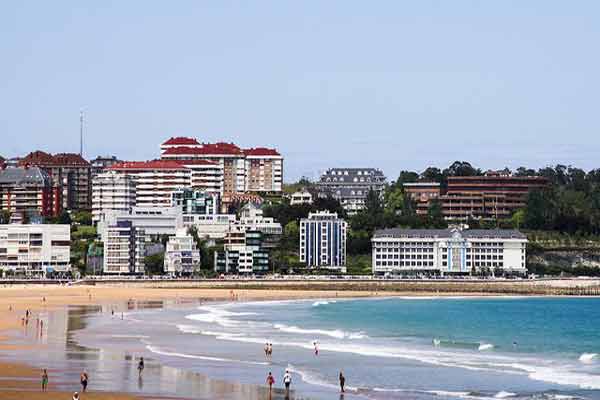 Madrid. Spain’s capital is one of Europe’s great cities. Its trio of main museums alone—the Prado, the Reina Sofía, and the Thyssen-Bornemisza—make it worth a visit. Then there is the hopping restaurant and bar scene, the architecture, and more.

Cataluña. This region in northeast Spain, abutting France, is beautiful, wealthy, and sophisticated, with a relatively mild Mediterranean climate. Spain’s second city, Barcelona, is here, with its quirky Antoni Gaudí architecture, its world-class cultural scene, and its urban beaches. North of Barcelona is the popular Costa Brava (and the lovely city of Girona); immediately south of it are the beaches of the Costa del Garraf and the Costa Dorada.

Valencia. The Autonomous Community of Valencia is home to two major cities, as well as to popular stretches of Mediterranean beach. The city of Valencia is Spain’s third-largest city, a major port (with urban beaches), and a prominent center for the arts, especially music. Alicante, about 80 miles south of Valencia, is a popular beach resort that still manages to be a cozy, attractive, genuinely Spanish city.

The stretch of coast between the two cities is known as the Costa Blanca. Dotted with small villages, it’s popular with beach-goers and second-home buyers.

Costa del Sol. This 100-mile stretch along Spain’s southern coast has been a popular beach destination since the 1960s, thanks to reliable sunshine (up to 300 days of sunshine a year), hot summers, and mild winters. The city of Málaga, with its international airport, anchors this coast. But other well-known destinations include chic Marbella and Puerto Banús, Torremolinos, seaside villages like Nerja, and a wealth of picturesque white villages in the hills inland, such as Mijas, Ojén, Torrox (all west/northwest of Málaga), and Frigilia (east of Málaga).

Costa de la Luz. This stretch along Spain’s Atlantic coastline, west of Gibraltar, is less well known among North Americans than the Costa del Sol. The city of Cádiz is here. A string of small beach towns lies along the coast south of Cádiz, with several white villages, including Vejer de la Frontera, lying slightly inland from the coast.

The Basque Country. This region, with its cool, damp climate and green hills, lies in northern Spain just west of the French border. Its northern border is the chilly waters of the Bay of Biscay. Bilbao, one of Spain’s most important ports, is the economic powerhouse of this wealthy region. Once a gritty industrial city, Bilbao today is beautiful and user-friendly. Home to the Bilbao Guggenheim Museum, it has a lively, well-preserved historic center, walking paths and park space along its estuaries, a hopping bar scene, and plenty of culture.

An hour east of Bilbao (and just 10 minutes from the French border) is San Sebastián. A chic beach resort since the 19th century, San Sebastián is famously beautiful, with a perfect half-moon bay (Playa de la Concha), creamy Belle-Epoque architecture, and fantastic cuisine. (Half of Spain’s three-star Michelin restaurants are here.) And the tapas are to die for.

The interior. Spain’s interior is rich in historic, beautiful cities and vast, empty countryside of rolling plains, pine-forested hills, and mountains with rushing rivers and streams. Here you’ll find the pilgrimage trail to Santiago de Compostela across northern Spain; the Don Quijote country of Castilla-La Mancha; the broad vineyards of La Rioja and Ribera del Duero; the hilly white villages of northern Andalucía; and much, much more.