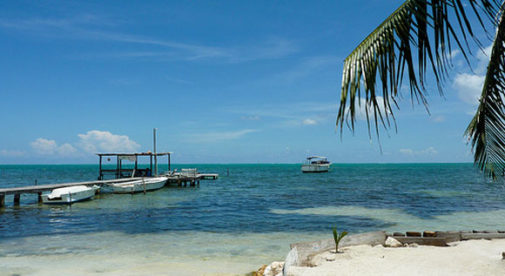 After 25 years as a union glazier, Craig Pearlman was ready for a change. “I installed windows in commercial buildings, sometimes as high as 42 stories up,” says the 47-year-old New Jersey native. “We worked right on the window ledge of high-rises in Jersey City and Hoboken. I almost fell a couple of times. That scared the hell out of me.”

Tired of the risks and weary of working for someone else, Craig dreamed of opening his own beach bar. “I was sick of jumping out of bed each day to an alarm clock and fighting the crazy traffic. And each year, when the weather began to turn in the fall, I found myself wishing for the warmth of a tropical climate,” Craig says.

So when a friend suggested he look into Belize, he did exactly that. “My friend had heard it was a great place to make a fresh start, with good business opportunities and lots of raw potential.”

Within months, Craig had booked a flight to check out some properties he’d researched online. After looking at several areas of the country, he fell in love with the remote, off-the-grid, jungle area surrounding tiny Monkey River Village, population 300.

“I always tell everyone back home that it was the people that swung me,” he says now. “They were so accepting of me. Each time I came back, I got a warm reception. I made a bunch of friends.”

After purchasing a 1-acre parcel of land with 180 feet of beachfront, Craig kept his job at home and visited as often as he could over the next few years.

But it became more difficult to go back to the States. He loved the peace and tranquility of being right on the sea. He was tired of the earn-and-spend treadmill he felt glued to in New Jersey. “I saw it would be easier to go while I was still young enough to do the construction I wanted to do,” he said.

“I wanted to enjoy myself and not make it a chore. I thought, what am I waiting for? I’m not married, I don’t have any children, and I’m not responsible for other people. So I decided to sell everything and come here,” Craig says.

Craig moved down full-time in 2011. Today his open-air Barebones Beach Bar sees a regular crowd of locals, as well as some tourists on their way back to Placencia from tours of Monkey River and the nearby cayes.

Craig found the paradise he was looking for, but life in paradise is not without its hardships. “Since I worked for someone else for 25 years, it’s hard for me sometimes when I realize I’m responsible for everything,” he explains.

Fortunately, in Belize people help each other. Craig says both locals and other expats have lent a hand as he set up his home and business. “Everybody here is willing to help out because everybody helped them when they first arrived,” he says fondly.

Everything you Need to Know About Living in Belize