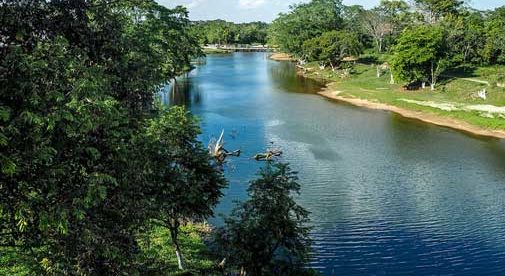 Mark Baker and his wife, Jacqueline, learned how to adapt to living overseas during his career in the U.S. Army. “We lived in Western Europe, Central Europe, and Scandinavia,” says Jackie. “The exposure to different cultures provided us with an appreciation of how diverse the world is, enabling us to adapt to new homes and countries without difficulty.”

After retiring from the Army, Mark spent his second career as a beltway bandit, working for a small, niche defense contractor. And the Bakers eventually settled in Arizona. The home they purchased was situated at the base of Arizona’s Huachuca Mountains, on a beautiful four-acre property. They had big plans to build a B&B on their property. But they gave up on that dream after running into overwhelming regulatory hurdles.

In July of 2010 Mark read an article entitled, “How to Retire in Comfort for Under $1,500 a Month”. He says, “I found the article absolutely amazing. I started to do some research. I was ready to retire.” After his company went through yet another merger/acquisition, Mark was commuting back and forth from Arizona to Washington D.C. “On one of my regular trips, while at 38,000 feet, I came across a real estate company and a listing that really intrigued me—the Jungle House,” says Mark. “I emailed the listing to Jackie and the next week we were on a plane to Belize. We met with the real estate agent and the rest is history.

“On our third visit, we decided to make an offer and closed in a matter of weeks. In December of 2010 we spent Christmas in the Jungle House with our daughters. That type of snap decision is not for everyone. But initially we looked at this as an investment property and a “friends and family escape” destination. The desire to live in the Cayo full-time took time to ferment. But after a few visits we knew the jungle would be our retirement destination.” By 2014 the Bakers were living full-time in Belize.

Cristo Rey, the charming village where the Baker’s home is located, is near the twin towns of San Ignacio and Santa Elena. “It’s a quiet, respectful village,” says Mark. “Cristo Rey Road is the gateway to the beauty of Mountain Pine Ridge that houses Caracol, an amazing Maya archaeological site. There’s also a plethora of caves, streams, and swimming holes to soak in during the warm summer days.”

The Bakers paid $120,000 for their Cristo Rey jungle home. Mark says, “You get three times the home for your dollar here. Our house was one of the three featured homes on the House Hunters International show that aired in September of 2010. It’s a two-story, two-bedroom, two-bathroom home on a three-quarter-acre lot. A small creek flows through our property about eight months a year. We bought our home turn-key. Furniture, linen, towels, kitchen appliances, and pots and pans were all here.” Note that it’s not unusual to buy a fully-furnished house in Belize.

After moving into the house the Bakers gradually made improvements, giving it their personal touch. “In the past seven years we’ve added a pitched roof, a water tower and tank, a car port, a creek-side retaining wall, an 872-square-foot outdoor entertainment and dining area, and upgraded the septic system. We spent an additional $35,000 on upgrades, using local contractors on all projects. On each project we received good value, with most projects coming in on-time and at, or under, budget.”

The Bakers have been pleasantly surprised by the affordable cost of living in Belize’s Cayo District. “In order to have fun in retirement, we needed to make our retirement dollars go further, but without doing it frugally. Belize fit the bill. The value in Belize is just fantastic. The cost of living is dramatically less here than what it is in the United States. Our land taxes are now only $5 U.S. per year. So, we pay for five years at a time. The property taxes on our home in Arizona were $8,400 a year.”

What taxes would I have to pay if I retire in Belize?

How to Find a Long-Term Rental Property in Belize