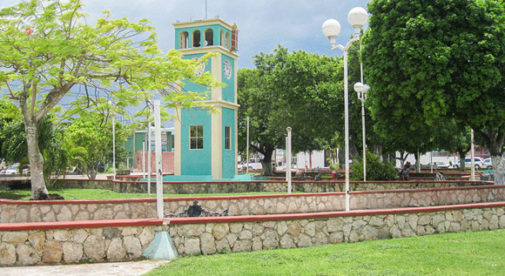 Last year Kenneth Fung made his long-held dream of a snowbird’s life a reality.

An accountant and project manager from Calgary, Canada, Kenneth first visited Belize in 2010.

He was first drawn by Belize’s natural beauty. The country is a haven for those seeking tranquility and nature, a place where breezes make for natural air conditioning, and you’re lulled to sleep by waves lapping on the shore after a day of scuba diving and learning to husk coconuts.

Kenneth was immediately smitten and began researching retirement there. As he did, he realized there was much more to attract expats to Belize than just pretty scenery.

While winters are mild and tropical in Belize and not biting cold like in Calgary for Kenneth, that’s not the biggest difference: “The lifestyle of Calgary is a fast-paced urban life. In Belize, there is no rush hour.”

Other North Americans are also discovering Belize. “Because of the warm climate (about 82 F to 90 F year-round) and the favorable immigration laws (the Qualified Retirement Program), Belize has become a top snowbird retirement destination,” says Kenneth.

A bonus is that Belize, a former British colony once known as British Honduras, is English speaking. This makes integration that much easier. Belizeans are a diverse mix known for their warm and welcoming ways. Mestizos (those of mixed European and indigenous bloodlines), Creoles, Chinese, Indians, and even the country’s Mennonite community are open to foreigners.

Kenneth chose to enjoy his snowbird retirement in Corozal, a small, relaxed town that lies about nine miles from the Mexican border. He chose to build his own home—an 800-square-foot house with a sun deck—for under $100,000.
He says that, although Belize has experienced an influx of expats in recent years, and tourism is an important component of the economy, Belize remains low cost.

“Belize is definitely affordable. Corozal is particularly so as it is not a tourist town. A nice dinner costs less than $10. I have my fried chicken dinner with a beer for $5.”

Until he retires there full-time, Kenneth comes to Belize as often as he can, spending four to six months there spread out throughout the year.

Each day is as far away from the hustle and bustle of home as you can get.

“I wake up early and watch the sun rise over the lagoon from my bed. Then, after a nice cup of coffee, I take a walk to the boat dock and enjoy the nice breeze.” That breeze and the pleasant morning sun don’t give you any urge to rush. As Kenneth admits, “Sometimes I take a nap at the boat dock…” When he wakes up, he refreshes himself with the water of a coconut cracked right there.

There are plenty of activities on hand when he wants them. Kenneth likes to swim at the community pool and on Sunday to meet other expats for breakfast and a chat at the Dragon Fly grill. (“The eggs Benedict are amazing,” he advises.)

On other days, he hangs out at the Jam Rock beach bar with the local expats or goes to Friday night karaoke at Primos. Once a month, he heads to Art in the Park. You’ll get “great food and find a good market for local artifacts,” he says.

Reading all that, it should come as no surprise that Belize time and again ranks high on the Happy Planet Index…or that Kenneth has dubbed his retirement home his “Happy House.” There’s a lot for retirees to be cheerful about in Belize.

Get Your Free Belize Report Here:

Learn more about Brazil and other countries in our daily postcard e-letter.

Simply enter your email address below and we’ll send you a FREE REPORT– The World’s Best Beachfront at an Affordable Price in Brazil.

This special guide covers real estate, retirement and more in Brazil and is yours free when you sign up for our postcards below.