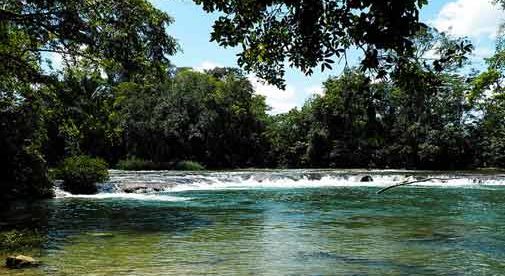 And right now, the Cayo is Belize’s best-kept secret for a great value lifestyle. Not only is it low cost (figure $1,600 a month for a couple, all in), and a great place for an active, rural retirement, but it’s transitioning to the next level of comfort, offering a broader range of amenities. Many people have yet to figure this out, and that’s keeping prices low—for now.

This scenic part of Belize offers outstanding value if you’re after an affordable lifestyle in an established expat community. Expats in this region spend less than $200 a month on utilities and $400 a month on groceries. A typical water bill runs $15 a month. Electricity bills are $100 a month or so, unless you rely upon air conditioning. Cable runs $20 a month. Internet cost ranges from $50 to $100 a month, depending on the approach (DSL, cable, or MiFi) and speed you select. If you buy your home, property taxes are seldom more than $100 a year. But you will need a car in the Cayo, so budget $125 to $200 a month for gas.

The value of real estate in the Cayo is what really struck me. The average rent for a two- to three-bedroom home with a backyard starts at around $600 a month. I toured several newly built two-bedroom homes with nicely landscaped yards, on the outskirts of San Ignacio, selling for $160,000 or less.

Once, the Cayo lacked some basic amenities. But the region has developed rapidly in the three years since I last visited. It’s added a touch of sophistication. Trendy upscale restaurants, stores, spas, athletic clubs, and yoga studios have sprouted up, and the region’s first wine-tasting room has opened. A new bridge is about to be completed, making it easier to reach San Ignacio. Several key roads have been paved. And internet coverage has also improved.

The Cayo is now attracting a more diverse group of expats than ever before. In the past, people came here to live a simple, active life, surrounded by nature. You had to put up with unpaved roads, spotty internet, and few restaurants. Now, with the improved infrastructure, expanding restaurant scene, and diverse social activities, it’s not just thrill seekers and nature lovers who can find plenty to do here. Well-heeled sophisticated sorts are coming here, too, and finding it much to their liking.

There is another significant reason that expats pick the Mayo—the people. Just ask Ginny Ophof, 66, who moved to San Ignacio in 2007. “I really like the Belizean people, especially those who live in the Cayo,” says Ginny. “They have innate wisdom and empathy. They are tolerant and calm. There’s a lot we can learn from them.”

At regular intervals, Cayo expats decide it’s time for a beach break. You can drive to a beach town such as Placencia within two to three hours…or fly to the Caribbean islands of Caye Caulker or Ambergris Caye within an hour. Since the Cayo’s cost of living is half what it is in these areas, affording beach trips won’t be an issue.

The 5 Best Regions to Meet Expats in Belize

Affordable Healthcare with a Personal Touch in Belize