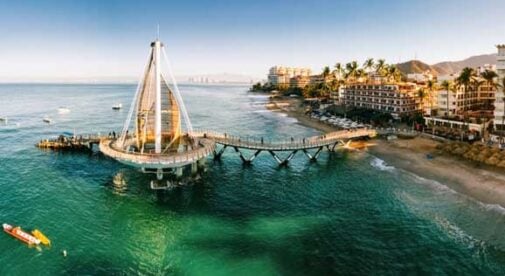 Mexico is a country that’s frequently misunderstood, and first-time travelers are often surprised to discover how different it is from how they may have imagined it.

1. Mexico is a Poor Country

Mexico has the 15th largest economy in the world, and ranks 89th in GDP per capita, putting it solidly in the upper-middle-income category. In general, wages are higher in the urban areas than in the countryside, and higher in the northern states than in the south. In Latin America, Mexico is in fifth place, with per capita earnings only slightly below those of Costa Rica, Panama, Uruguay, and Chile.  Even by the standards of developed nations, Mexico has a growing middle class.

2. Mexico is a Dangerous Country

Just as you would expect the crime rate in Chicago to be higher than the crime rate in Des Moines, Mexico’s crime varies by location. Most of the country’s violent crime occurs in the few states where cartels are most active, and foreigners are highly unlikely to be victims; elsewhere, the crime rate is comparable to that in the U.S.

Nonviolent crimes certainly occur in Mexico as they do in any other country. Using basic common sense—locking your doors, keeping track of your valuables, and being aware of your surroundings—is the best prevention. Many people, especially in more remote areas, own a dog with a big bark as a deterrent to burglars.

3. All Mexican Food is Spicy

Not everyone can tolerate spicy foods, so most meals come with salsas and chilies served on the side. Those salsas can range from mild to fiery, so you can turn up the heat to your desired level. Most common Mexican dishes—carnitas, gorditas, chiliquiles, enchiladas, quesadillas, tacos, and so on—are not served spicy. Mexicans also enjoy fresh salads and soups; these are often served with corn and tortillas, which are a major part of the diet, but again, chilies, limes, and assorted red and green salsas are served separately.

4. You’re Sure to Get Food Poisoning

If you get an upset stomach soon after you arrive in Mexico, it’s likely due to being exposed to local bacteria that your body isn’t used to. Having some local yogurt is an easy and effective way to get your system exposed to a bit of healthy flora that will probably prevent “Montezuma’s Revenge” from occurring later.

A good rule of thumb is to eat where the locals eat. They frequent the places that make the best and safest food. Even many street food stalls use purified water to wash their vegetables and fruits. You can feel comfortable eating fresh salads, peeled fruits and juices, meats, and fish at any busy eating establishment anywhere in Mexico.

A large percentage of Mexicans speak excellent English, especially in areas that receive many English speakers, such as Cancun, Cabo San Lucas, San Miguel de Allende, and Puerto Vallarta. English is mandatory for all schoolchildren from 7th grade onward, and many younger children get a head start with private tutors.

English is not spoken as widely in many small towns and in cities that are not dependent on tourism; it’s helpful to have at least a basic knowledge of Spanish. Bilingual menus at restaurants, for example, are a rarity.

Even if you live in a large expat community where it seems as if nearly everyone speaks English, you’ll be sure to have more meaningful relationships and gain a deeper understanding of your new country if you speak the language. The Mexican people really appreciate it when you can speak to them in their language, even if you’re not speaking it perfectly. Perfection only comes with time and practice.

6. Mexico is a Desert

Foreigners might picture the United States as looking like the Manhattan skyline, the lonely, empty prairies of North Dakota, or the rugged mountains of the Rockies, and it’s the same in Mexico. This is a large and geographically diverse country. Spend time here and discover lush, untamed jungles, peaceful pine forests, fertile agricultural land, and some of North America’s highest mountains. Only about 35% of the land is desert.

7. Mexico is Too Hot

Since the land is so geographically diverse, it makes sense that the climate is diverse too. Temperatures are often at least somewhat dependent on altitude, with the coastal areas being warmer and often more humid than the high-altitude interior. Mexico City has an elevation of 7,349 feet, with other towns in this region above 5,800 feet; temperatures are mild year-round and some areas even get occasional snow. The deserts, of course, can be blistering hot and dry, especially during the summer months. The southern parts of the country have a wet and humid tropical climate.

This is a wonderful thing about living in Mexico: no matter what your tastes in weather are, you can find your perfect climate somewhere in the country.

Those colorful, wide-brimmed hats are part of the traditional dress for mariachi musicians, but are not worn as everyday attire; most Mexicans don’t even own a sombrero.

Cancun and the Riviera Maya, Puerto Vallarta, and Cabo San Lucas may be the most famous coastal tourist destinations in Mexico, but beautiful beaches and turquoise waters abound on both sides of the country. Mexico boasts more than 5,800 miles of coastline and over 500 beaches, offering everything from heart-stopping waves with superb surfing, snorkeling, and diving among colorful corals and tropical fish, to sea turtles, party cruises, and ultimate romantic hideaways.