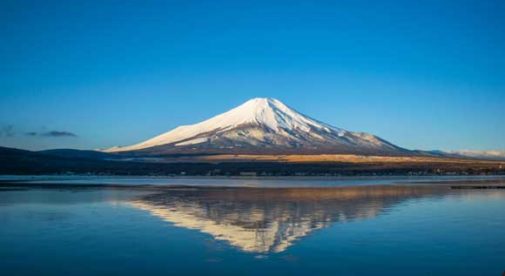 Asia covers a lot of land area and encompasses hundreds of natural scenic wonders. Towering mountains, white-sand beaches, and virgin rainforest parks make up some of the most beautiful natural attractions in Asia. Below are 10 worth your consideration.

Mount Fuji is the highest volcano in Japan (12,388 feet) and still tops most lists when it comes to the most beautiful natural attractions in Asia. Over 200,000 people climb Mount Fuji annually—30% of them foreigners.

2. The Li River and Yangshuo (China)

The Li River is like an artist’s masterpiece according to many who have had the fortune to travel to this breathtaking part of China. Many tourists only go as far as Guilin, which is where the spectacular scenery begins. But travel a little further to Yangshuo and the natural beauty is astounding. This popular area is world famous for its karst hills and meandering river.

It is listed as one of the world’s “Top 10 Watery Wonders” by America’s National Geographic Magazine and the World’s “15 Best Rivers for Travelers” by CNN Travel.

Zhangjiajie National Forest Park is one of the most fascinating national parks in the world. Highlighted by more than 3,000 immense quartzite sandstone pillars stretching skywards (some over 2,600 feet tall) to the streams and thick forests below, this UNESCO World Heritage site is truly one of the most beautiful places on the planet.

It also served as the visual inspiration for the surreal landscape featured in the blockbuster film, Avatar.

Although threatened more and more by overdevelopment and huge number of tourists, these islands continue to provide some of the most beautiful seascapes in Asia. The islands feature beaches and clear water that have had their natural beauty protected by national park status.

In 2012, Boracay was awarded as the best island in the world from the international travel magazine Travel + Leisure. Whether you are swimming in the sparkling blue water, strolling along the powdery beaches, or enjoying the restaurants and nightlife, you’ll continue to be amazed by the island’s spectacular scenery.

South Korea’s largest island lies off the coast of the Korean Peninsula, southwest of South Jeolla Province. This World Heritage Site is dominated by Hallasan, a 6,400 foot volcano and the highestmountain in South Korea. With its pristine Gotjawal Forest, beautiful beaches and network of well-marked hiking paths, it has been a popular tourist destination for Koreans for generations.

Taman Negra is reputed to be the oldest jungle, the best kept tropical rainforest and one of the great natural wonders of the world. The old-growth forest covers almost 1,700 square miles and is home to flora and fauna that has evolved naturally over hundreds of millions of years.

Mount Rinjani is an active volcano on the island of Lombok. Those who make the trek to the top during the mountain’s dormant periods are awarded with a view of the crater lake and its deep blue water. One of the least developed islands in Asia, there are only a few basic tourist related activities that can be found in the nearby village of Senaru.

This small island off the coast of Sihanoukville Province in Cambodia remains relatively undeveloped but the beaches more than rival those of its more well known neighbor, Thailand. Over 70% of its 38-mile coastline is beaches. In absence of even the most basic infrastructure, transport by boat is required to all settlements and holiday resorts, which are scattered all over the coastline.

Travel to Luang Prabang and you will step back into time. This UNESCO heritage site provides a window into another era when life was slower and most road activity consisted of bicycles and foot travel. Encircled by mountains and located at the confluence of the Nam Khan and the Mekong River, this colorful rural town is now Laos’ foremost tourist showplace.