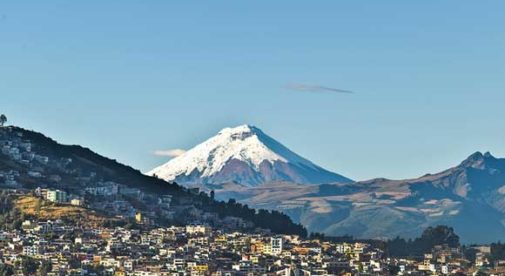 My wife, Suzan, and I hear from a lot of people asking about the actual cost of retiring and living overseas.

After almost 15 years of doing that ourselves, we can honestly answer, “As much or as little as you want.”

A lot of these questions arise because of some extraordinary claims about how cheap it is to live overseas. Many of the people who ask us about this can’t figure out how a person could possibly live on a single Social Security check each month. And there are good reasons they can’t figure it out.

First, they have some idea what their own Social Security check will probably amount to when they retire themselves.

Second, they know that if they continue to live where they live now, they could never maintain their current lifestyle on that amount

So naturally they’re skeptical when they hear about someone else living a safe, comfortable, happy life in some beautiful corner of the world on a monthly budget that seems impossibly small to them.

I think that’s because, for a lot of North Americans who haven’t spent much time abroad, there is a tendency to think of the rest of the world as just like—or trying hard to be just like—the United States of America…but not quite making it.

They imagine that every other place in the world (or at least in the Western Hemisphere) is a somewhat less-successful, less-convenient, less-modern, less-civilized version of the U.S.

So when they hear that someone is living a great life somewhere outside the States, they automatically imagine that it is either costing them twice as much to get the same convenience, modernity, and civilization…or that they’re living in a mud hut and cooking over an open fire.

Neither of which is true.

The fact is that every country outside the U.S. is its own unique place with its own history, economy, and culture. And honestly, none of the people we’ve met living in them want very much to be just like people in the U.S.

Certainly, modern technology has made almost everyone in the world an avid consumer. Everybody can now instantly see the latest and greatest stuff, and everybody instantly wants it.

However, in my experience, that’s about where any similarities between the U.S. and the rest of the world ends. The local friends we’ve made over our 15 years abroad throughout Latin America have all wanted the most tricked-out computer and the coolest car and the most fabulous clothes they can get…who wouldn’t? But they don’t want to be Americans. They want to be whoever they already are with cool stuff.

And the one big reason the expats we know living in these countries can get by so cheaply is that they’re over that consumerism. They left it behind. The acquisition of the latest and greatest in consumer goods is no longer a driving factor in their monthly budgets.

Another big reason the expats we know get by on a smaller budget is because those monthly overhead costs in much of the rest of the world are just plain cheaper than in the U.S.

If you live in a place where the climate is so perfect you need neither heating nor air conditioning, you take that expense right off the top of your monthly budget.

If you live in a place where public transportation is so widespread and affordable that you don’t need to own a personal vehicle, you take that, and all associated expenses, right off the top of your monthly budget.

If you live in a place where quality healthcare costs a fraction of what your monthly insurance costs you back in the States, you take that expense right off the top of your monthly budget.

If you live in a place where your annual property tax for your house or condo is less than what you’d spend for a nice dinner for two at an upscale restaurant back in the States, you take that expense right off the top of your budget.

When that’s all said and done, your monthly budget can be pretty low…as in “Social Security check” low.

Is it possible to have a huge monthly budget anywhere you choose to live on the planet? Absolutely. You can try to acquire all those trendy, latest-and-greatest consumer goods you’re constantly exposed to on television and the internet. That doesn’t change with your location. What does change is the cost of those consumer goods, and in a lot of places around the world, those goods can cost significantly more than in the U.S. thanks to tariffs, taxes, and shipping costs.

And if access to all the latest and greatest consumer goods is your primary concern, you should definitely stay right there in the U.S., because whatever else the U.S. is, it’s the epicenter of consumerism. It’s where you can get just about anything you want, any time you want, with a phone call or the click of a mouse button.

The rest of the world isn’t really like that. Yet. It’s probably coming, but it’s still down the road a bit.

But in the meantime, the basics of an otherwise happy, healthy, high-quality life are right there for the picking…the wholesome local food, the great weather, the affordable healthcare, the lower rents and housing prices, the lower local taxes, the plentiful public transportation.

If those are the things that make up your idea of a quality lifestyle, then there are lots of places you can get them on a remarkably affordable monthly budget…even on a Social Security check. And the people who are actually living those affordable lifestyles are the people telling their stories in International Living all the time.

They’re living in other countries and communities around the world, and they’ve adopted the lifestyles of those communities. Lifestyles that in many cases can cost much less—and at the same time can be much more rewarding—than the lifestyles they left behind.