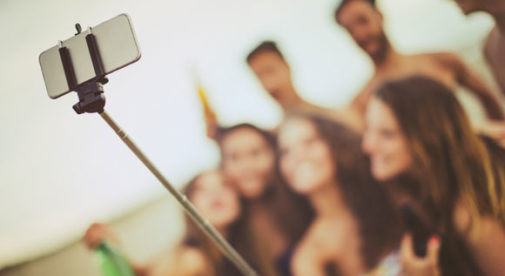 Apparently, we can’t seem to get enough of “stuff”. Each and every year, Americans empty their bank accounts in earnest pursuit of ever more doo-dads and knick-knacks. About $12.7 trillion worth per annum, to be exact.

As far as we can tell, it doesn’t even have to be the “right stuff.”

It seems any old stuff will do. As long as it’s on sale, available for purchase on credit and within an arm’s (or a click’s) reach.

In and of itself, “stuff” probably isn’t a bad thing. The material world exists around us and, as with all creatures inhabiting this big wet orb, we humans do our best to both adapt to our surroundings and, when and where possible, shape them to satisfy our own particular whims.

The defining point, however, is the actual utility of all this stuff.

Or, to put it another way, “What has our stuff done for us lately?”

A lot of the stuff people buy is aspirational in nature. If the numbers are to be believed, there’s scarcely a basement in the country without a discarded piece of exercise equipment…an abandoned musical instrument…or a sporting good waiting for early retirement.

It would seem that people are genuinely interested in self-improvement…in working toward what social psychologist Abraham Maslow would term “self-actualization,” or achieving one’s full potential and defining one’s “place in the universe.”

Of course, owning a guitar isn’t quite the same as being a virtuoso…just as having a lot of books on the shelf doesn’t make you well read…and storing an ab-cruncher in the closet is no guarantee you’ll be appealing to a desired mate.

Unsurprisingly, not everyone feels warm and fuzzy about the state of their stuff. A recent survey by the National Association of Professional Organizers (yes, such a thing exists) found that more than half (54%) of Americans are “overwhelmed” by their clutter. Three in four people (78%) said they find it too complicated to even deal with.

As a result, Americans spend $24 billion per year on storage for all (or at least some of) their excess stuff. It’s an industry the Wall Street Journal calls “recession proof.”

Still, it’s no great mystery why we have all this stuff. Whole industries are dedicated to convincing us we can purchase our way to prosperity…that true happiness lies one ergonomically designed pizza cutter away.

The popular narrative, as contagious as it is ludicrous, is that consumer spending is the engine room of the economy. And so, when that spending dips…when sentiment occasionally weakens…the talking heads on television begin to fret and moan.

Likewise, economists lose sleep. Central bankers wake in a cold sweat. Corporatist cronies make desperate calls to politicians, urging them to “do something” about the dire situation.

Their concern is that if the American public suddenly and collectively decides to live within its means, the economy will flail and droop, like a windsock on a breathless evening.

And so, we are “conditioned to consume.”

Of course, you and I recognize this theory to be fiddlesticks. It is producers that drive the economy, not consumers. It is savers and investors, not shopaholics and spendthrifts, that lay the foundation for real capital formation and growth.

But the “system” still wants you to buy, buy, buy…even if that means going deeper into debt.

The average American household today carries $7,327 in credit card debt, up 2.5% from a year ago. And if you isolate for only indebted households, that number more than doubles, to $15,706. That’s not to mention interest on the debt, plus the various fees, charges, and all the rest.

Throw in swelling mortgage debt (currently at $156,333 and rising) and student loans (which average $32,953 per student—up a whopping 7% year on year) and you start to get a sense of the burden beneath which most folk labor.

Of course, the real cost of blind consumerism isn’t only financial. Nor is it only to be found in landfills of unwanted junk or storage houses full of unfulfilled dreams.

It is, as Henry Thoreau said, in the way that “most men tend to lead lives of quiet desperation and go to the grave with the song still in them.”

The good news is that it doesn’t have to be that way. Not anymore.

There is a way you can live debt free…boss free…even rent and mortgage free. In fact, you can escape the system entirely by following a few basic steps.

Thanks to a new kind of economy I’ve uncovered, opportunities now exist for you to ditch the credit cards and paycheck-to-paycheck rat race and begin living a new, entirely independent life.

I’m talking about a life where you are your own boss…where you live as you please and where you please. And with no more money worries.