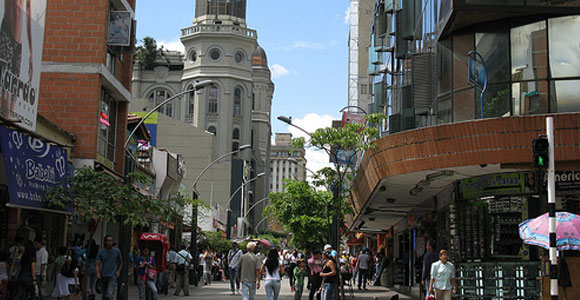 The Economy in Colombia

Colombia has the fourth largest economy, based on GDP, in all of South America. The Colombian economy grew 3.1% in 2015, is on track to grow another 2.5% in 2016, and the Central Bank of Colombia predicts a 2% expansion for 2017. It is driven by exports of petroleum, emeralds, minerals, bananas, coffee, and cut flowers. (70% of the cut flowers imported by the U.S. come from Colombia.)

Recent years have seen major changes in the petroleum industry in Colombia. A decrease in both per-barrel production and price per barrel has been a major factor in generating the lowest economic growth rates since the 2009 crisis. Although oil exports represent only 5% of GDP, they account for 20% of the government’s revenue. This has led the government to issue a tax reform proposal.

The proposal includes an increase in VAT (value added tax) from 16% to 19%. However, in total, the tax reform is actually a boost for both business and investing in Colombia. It will help move more people from “informal” employment to “formal” employment, decrease multi-level business taxes for small businesses, and eliminate the current “wealth tax.” Colombia’s unemployment rate (as reported by the country’s national statistics department, DANE), was just 8.5% in September 2016.

The U.S. dollar has been very strong against the Colombian peso during 2016, averaging just over 3,100 pesos to the dollar. This is great for U.S. investment in Colombia. Many expats are finding real estate prices that were already significantly less than similar properties in many parts of the U.S., to be even more of a bargain due to the strong dollar.

While this is a boost for the U.S., it is not such a great situation for Colombians. Imported products are more expensive, and exports are a bargain for foreign purchasers but bring in less revenue for Colombians. It also discourages travel to the States.

Recently, the Department of Immigration has seen a 16% increase in foreigners coming to visit Colombia. The federal government has launched a $2.9 billion plan to upgrade and expand Colombia’s busiest airports: Bogotá, Medellín, Barranquilla, Cartegena, and Cali, as well as many smaller sized airports. In fact, Bogotá, the country’s capital, will actually add a second airport and a rapid train to connect the two.

More and more people are discovering the wonderful country of Colombia. Tourism is becoming a shining star in its economy. Colombia has transformed from its dark past and offers a stable government, good infrastructure, and breathtaking scenery to vacationers, ecotourism, business conventions, trade shows, medical tourism, and of course those wanting to relocate part- or full-time to the country.