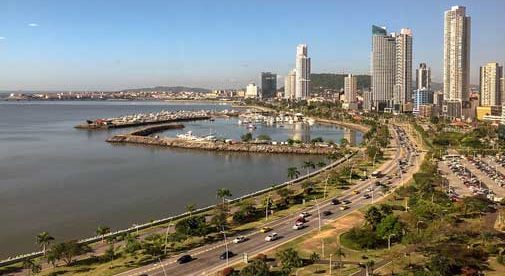 In Panama, we only have two seasons—wet and dry. Moving here to live my life as the fair-weathered girl I am, I was unprepared for my first rainy season. The change from hot summer days to thunderstorm filled nights was literally an overnight occurrence.

At first, I was disappointed that I had lost my evenings of sitting outside, enjoying the night air with friends…but after a while, the rainy season became something I looked forward to. It’s all about preparation and enjoying the beauty of the greenery that the season brings.

The first thing the rainy season did was make me more organized. Anything I must do or want to do, I plan to make happen early in the day. So, going out for dinner becomes going out for lunch. Day trips begin before eight in the morning. I find I get more done during the rainy season, because I am up earlier and go to bed earlier. The cooler nights and the sound of rain, together make it easy to fall asleep.

I trade in my fancy sandals for waterproof ones during the rainy season. Often, I find it easier to walk barefoot in downpours, saving my footwear altogether. After all, it’s just water…and warm water, at that.

I always make sure to have my cellphone and tablet charged for those times when a storm knocks out the electricity supply. I also have two LED emergency lights that I keep charged so I can carry on when its dark.

Lax as I am with my car at other times, at the beginning of the rainy season I fill my washer fluid, check the windshield wipers, and make sure my tires are at the correct pressure. I have had experiences being caught in downpours where the wipers can’t go fast enough. Cool and calm is the name of the game when I get caught in storms, once I know my vehicle is in top shape.

The great thing about Panama is that the weather is completely predictable, and that comforts me. In Panama, the rainy season starts usually in late April or May. The mornings are beautiful, with big puffy clouds, and by late afternoon, you can see thunderheads forming as they move down from the mountains towards the Pacific Ocean. Then magnificent light shows occur around dusk, with copious amounts of rainfall. Moving through the months leading up to October, the rain starts earlier in the day and the amount of rain increases. October is the rainiest month, with November having less, and by mid-December, all the rain ceases until the following April.

Almost without exception, every afternoon or evening will see the sky turn black, with rolling thunder followed by lightning. Generally, you can hear the rain coming from far away, moving towards where you are, gaining strength and momentum until the roar of it closes in. It is truly awesome to see, and I never get tired of watching it happen.

Rainy season is beautiful too. Everything grows exponentially. I have never seen so many shades of green as I have while living here. The cane toads come out at night, and crickets chirp away. Friends and I gather inside, and sip wine while watching the light show that Mother Nature gives us at this time of year.

We Left a Dream Life to Find True Paradise in Panama

In Pictures: The Top Five Places to Live in Panama