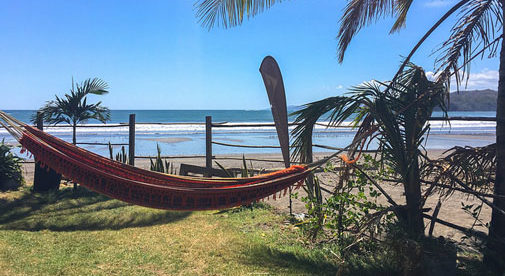 Get Your Free Panama Report Here!

The original plan was to try out retirement abroad—a short test drive.

But after just a few months on Panama’s Pacific coast, Rex, 77, and Colleen Swanson, 68, were ready to stay for at least two years. So, they’ve signed another lease to reserve their rental home in a small, well-landscaped community of homes on the water about 20 minutes’ drive from Pedasí, a small fishing and farming community popular with expats.

Head the other way on a winding country road and you end up in Playa Venao, a tiny beach community that has seaside restaurants and beach bars—it’s popular with surfers. This region, the Azuero Peninsula, is quickly becoming more and more popular with retirees and other expats.

“We like the complex. It has a tropical feel. It’s quiet, and there’s not a lot of traffic. And we’re close enough to Pedasí that we can enjoy those benefits,” says Colleen, referring to the restaurants, cafes, shops, and grocery stores in town. “We love the community in Pedasí. People are very friendly, and not just the expats. They go out of their way to help you.”

Pedasí reminds them of their hometown in northern Minnesota.

“Whatever we need is very accessible. And it’s a very agreeable community…it’s kind of like a small town in America,” says Rex.

“In general it’s easy to come to Panama and retire. They make it easy for Americans. It also feels like the way they handle a lot of things is how we’re used to,” says Colleen.

They’ve been retired for two years. Back in the U.S., Rex worked as a real estate appraiser and Colleen was the marketing director of a hospital. They also owned a small fishing resort. In Panama, they’ve applied for the pensionado (pensioner) visa, which will give them discounts for airline tickets, utility bills, and more everyday expenses.

There’s one thing in particular about Minnesota they’re happy to leave behind.

“We don’t miss the cold and the snow,” says Rex, who notes it can get hot during the day. “But we’ve got a pretty good breeze here. We’ve been here four months and haven’t used the air conditioning once.”

Like anywhere in the tropics, there is a rainy season (here it’s from May to November). But it’s not a deal-breaker for the couple, especially in this region, which is known to be the driest in the country.

“Even in the rainy season, it’s not always cloudy. There’s always some sun each day. It lifts your spirits,” says Colleen. “The nights year-round get to 75 F, which is perfect sleeping weather.”

They’ve also found the healthcare to be excellent.

“Dental here is as good as the U.S. and they’re so compassionate. I’m impressed with their skills and it’s affordable,” says Colleen. “I had to get new glasses—it was a quarter of the price in the States for the same pair of glasses.”

And it’s not just medical care that is affordable. They pay $1,300 a month—including internet and water—to rent a large, fully-furnished, two-bedroom home within walking distance of the beach. Their electric bill is about $50 per month.

They found their first rental home online, but once in town they were able to find their current place by speaking with local property managers. They say word of mouth and local contacts give you more choices and lower prices.

“Living on a budget is not a driving force in our lives. But we’ve found it’s more economic in many respects. I can take my girl out for $20—can’t do that in the U.S.,” says Rex.

“We get more for our money. Being in Panama allows us to live our lives more fully and do more things,” explains Colleen.

Recently, the couple were in Santa Catalina, a seaside town farther west on the Pacific coast, for a snorkeling trip. And they also traveled to Panama City, about four-and-a-half hours to the north, to watch a golf tournament. There are also plenty of things to do in Pedasí: live music, a variety of restaurants, and fishing. At the end of February, Carnival is a highlight of the year. Rex and Colleen went for the first time this year.

“It was very family-friendly. We went three nights and one day and loved every minute of it. On Tuesday night, it was more local…neighborhoods and families celebrating. They were in native costumes, singing and dancing. Seeing those things make you feel good about being part of the community,” says Colleen.

Before my recent visit, I'd heard a lot about the "small-town" feel of Pedasí, Panama. You hear that about a lot of places...and I've gotten skeptical over the years.

My wife, Abbe, and I moved to Pedasí, Panama, full time in the Fall of 2016. We had been coming to the village for three years and purchased a small house in mid-2015. We love our new home and here are some fundamental reasons why.

At the southeastern tip of Panama’s Azuero Peninsula is an up-and-coming beach community that has become a favored spot for surfers, beach-loving tourists, and entertainment-seeking expats.