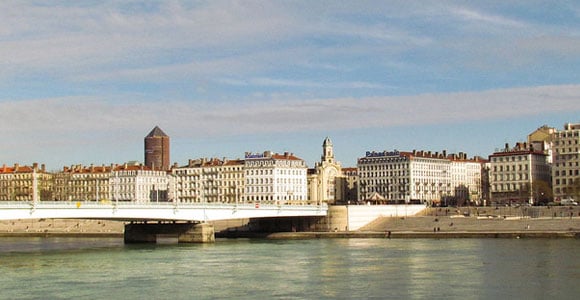 For visits of less than 90 days, North American citizens need a passport but not an entry visa. Staying longer, though, means applying for a visa de séjour temporaire (a residence visa.)

This isn’t something you can apply for while you’re vacationing in France. The authorities do not allow you to change your status from tourist to resident without jumping through the right hoops. And note that failure to obey this law could result in you being expelled from France and lengthily delay your return.

Generally, it isn’t difficult for North American retirees to gain long-term residence in France, but you should check out your particular situation before making plans.

Plenty of documentation will be needed. Current requirements are as follows:

Once you have gathered together all the necessary documents, you must submit your application directly online through VFS and then have one in-person appointment at one of their processing centers located in major US cities.

The embassy makes the final decision on your visa application.

If you hope to work in France or are intending to establish a business, other permits are required.

Being issued with a residence visa is only the start of the bureaucratic fun. Once in France, you then must apply for a residency card from the administrative offices of your local préfecture, the département’s main town. Depending on status, two types are issued to foreigners: the carte de séjour and the carte de résident. Most foreigners (unless married to a French citizen or the parent of a French-born child) are issued a carte de séjour.

For the first three years in France, you will be required to renew your carte de séjour temporaire. After three years, you can request the 10-year carte de résident, which is renewable. This allows holders to work as salaried employees in France. Note, though, that a 10-year card isn’t granted as a right. As with a residency visa, a great deal of documentation is needed before your carte is issued. Documentation varies depending on the préfecture, but generally you will need:

Without the specialized skills that a French employer is crying out for, North Americans will find it very difficult to find legal salaried employment in France.

Unless you’ve been a legal resident in France for at least the past three years—and have thus acquired a carte de resident—you’ll find a well-paid job with legal status hard to come by. A prospective employer must obtain authorization from the Ministry of Labor. It’s unlikely this will be given if there are French citizens who could do the same job.

The unemployment rate in France right now is 9%. Furthermore, citizens of the other EU member states have priority over you in the European job market.

According to the French Consulate:

“Foreigners must hold valid French work documents before arriving in France. These papers consist of a work contract prepared by the Office des Migrations Internationales and a visa. They are required in all instances, including employment with foreign companies in France. (Foreign government employees and international civil servants who are assigned to a diplomatic mission or to an international organization are not subject to this regulation.)”

The foreign worker must obtain a draft contract from an employer in France. The employer in France files an application with the Office Français de l’Immigration et de l’Intégration (OFII), 44 rue Bargue, 75732 Paris; tel. +33 (1) 5369-5370; website: www.ofii.fr.

Upon arrival in France, the applicant must, within eight days, apply for a carte de séjour at the town hall of the nearest préfecture (regional capital) of his/ her residence. Passport and medical certificate must be presented at this time.

Incidentally, if you’re entitled to citizenship of an EU country (perhaps because you have an Irish grandparent, for example), it would be worth claiming your second passport. This would cut through a lot of red tape and give you an automatic right to work in France.

For further details, see the Official Site of the French Civil Service.