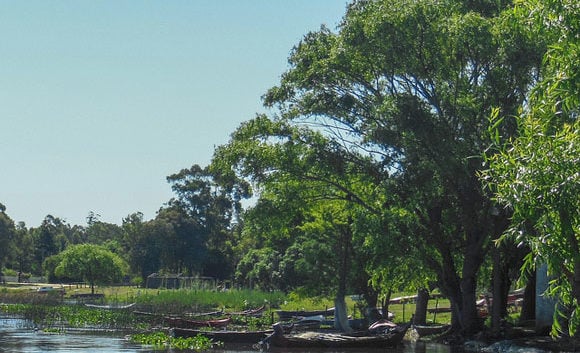 Discover a Perfect Retirement in Uruguay

Are you torn between the idea of a country life and a beach life? If so, you should know about a region of Uruguay known as Rocha.

Rocha is a department (like a state or province) that stretches more than 100 miles along Uruguay’s Atlantic coast. It’s an area where you’ll find lush pastures dotted with palm trees, pine forests, lagoons, and areas of green hills with granite outcroppings.

The coastal towns in Rocha number less than a dozen. They are small places surrounded by nature with full-time populations that range from 90 to 3,500.

The lagoons in Rocha are huge. The largest one, Laguna Negra, covers 70 square miles.

You’ll find two national parks along Rocha’s coast. One is Parque Nacional Cabo Polonio. It’s a 99-square-mile area that includes pupping grounds for sea lions. It’s also where you’ll find the off-the-grid village of Cabo Polonio. Cabo Polonio is a popular spot for travelers who hike, rent a horse, or pay to ride in the back of a four-wheel-drive truck to get there.

The other national park is Parque Nacional Santa Teresa. It’s where you’ll find 1000s of forested acres, a popular surfing beach, and other attractions such as a bird aviary, various gardens, and a large stone and glass greenhouse.

Another interesting place on the coast of Rocha is Karumbé: Centro de Tortugas Marinas (Center of Marine Turtles), a nongovernmental organization in the town of La Coronilla.

As for weather, Uruguay’s climate is subtropical with four seasons. Since Uruguay is in the Southern Hemisphere, the seasons are opposite of North America and Europe.

Average summer daytime temperatures in Rocha touch 80 F in January, the warmest month. Summer nights cool down to the low 60s F. Winter high temperatures average in the high 50s F, cooling down to the mid-40s F at night.

The most popular area for retirees in Rocha is in and near the coastal town of La Paloma.

Like several beach towns in Rocha, La Paloma attracts vacationers. In summer, the year-round population of approximately 3,500 rises to more than 30,000.

One of the attractions for retirees is La Paloma’s infrastructure. It offers a larger set of year-round services than other beach towns in Rocha, which includes garbage pickup, a gas station, banks with ATMs, and a small private and public hospital. You’ll also find stores and restaurants that stay open all year.

Another option for retirees is La Pedrera. It’s a smaller coastal town 11 miles east of La Paloma. Here, the year-round population of around 300 jumps to more than 10,000 during high season. Some of the hotels and restaurants in La Pedrera cater to an affluent crowd—providing a high level of service in a rustic down-to-earth atmosphere.

In La Pedrera, you’ll find a high bluff overlooking the sea. Each side of the bluff descends to long sand beaches. The terrain in parts of La Pedrera slopes up from the shoreline, providing many homes beyond the first line with a water view.

Besides affluent vacationers, young people flock to La Pedrera for its carnival celebration. It also attracts a crowd for its annual international jazz festival.

Most, who live year-round in La Pedrera, make frequent visits to La Paloma to shop, bank, and buy gas. 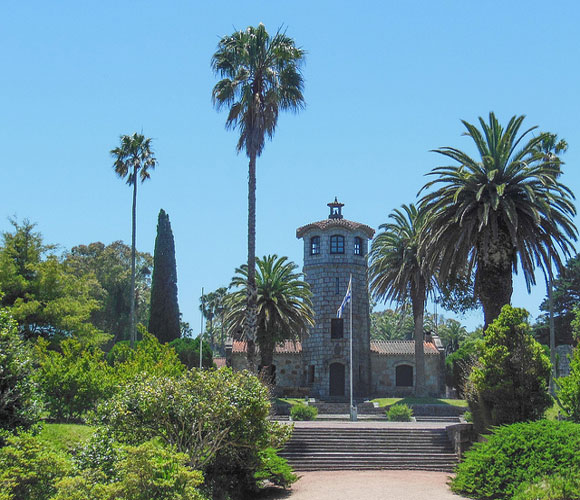 In the summer, the bay in La Paloma is a great place to play beach volleyball, swim, kayak, and water ski. The bay is also good for windsurfing and kite surfing when the wind comes up. Several beaches in La Paloma and La Pedrera are favored surfing spots.

Hiking and horseback riding are popular in many areas of Rocha. At the Laguna de Rocha, near La Paloma, you often see a variety of birds including flamingos.

As a retiree in La Paloma, your year will have a rhythm. Summer may include a lot of activities and meeting new people. Winter is a quieter time when the town and the beaches are all yours again. 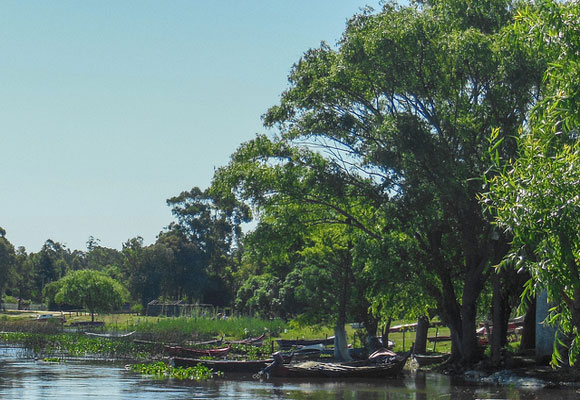 Even though Rocha is growing in popularity, you still find reasonably priced properties in La Paloma. (Home prices in La Pedrera tend to be higher than in La Paloma.)

Here are some examples of properties for sale in Rocha, Uruguay:

Cost Of Living In Rocha, Uruguay 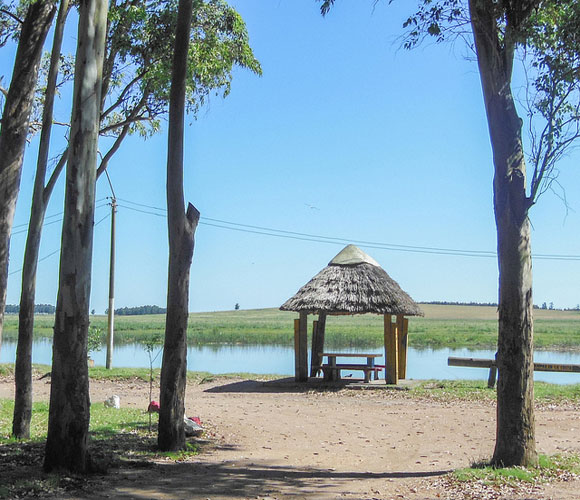 While most of the rentals in La Paloma are summer vacation properties, priced by the day and week, you also find properties available on an annual lease. For year-round living, a two-bedroom home may run between $450 and $650 per month.

One big plus about Uruguay for people from the U.S. is the price and quality of healthcare. If you qualify, you can get complete health care coverage for under $100 per month, plus small co-pays, and prescription fees.

While most retirees in La Paloma own a car, it’s possible to get by without one. To do so, live close to the town center; use a bicycle to get around. You’ll find regular bus service to Montevideo, Uruguay’s capital, 140 miles to the west; and to Chuy on the Brazilian border, 90 miles to the east.

Here are some examples of the monthly cost of living in Rocha for a couple:

Note: Energy costs can vary. Some spend less than the estimate, and some spend more.