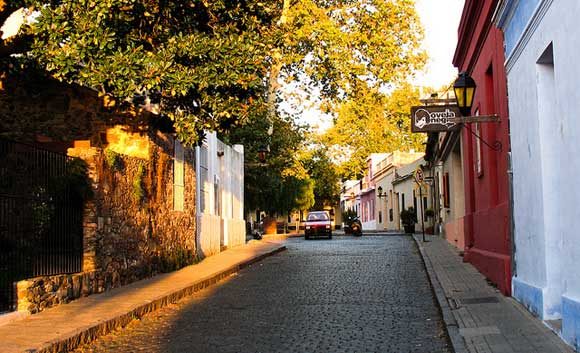 The Economy in Uruguay

Information on Taxes in Uruguay

Uruguay’s economy is characterized by an export-oriented agricultural sector, a well-educated work force, and high levels of social spending. After averaging growth of 5% annually during 1996-1998, in 1999-2002 the economy suffered a major downturn, stemming largely from the spillover effects of the economic problems of its large neighbors, Argentina and Brazil.

In 2001-2002, Argentine citizens made massive withdrawals of dollars deposited in Uruguayan banks after bank deposits in Argentina were frozen, which led to a plunge in the Uruguayan peso, a banking crisis, and a sharp economic contraction. Real GDP fell in four years by nearly 20%, with 2002 the worst year. The unemployment rate rose, inflation surged, and the burden of external debt doubled. Financial assistance from the IMF helped stem the damage. Uruguay restructured its external debt in 2003 without asking creditors to accept a reduction on the principal. Economic growth for Uruguay resumed, and averaged 8% annually during the period 2004-2008.

The 2008-2009 global financial crisis put a brake on Uruguay’s vigorous growth, which decelerated to 2.9% in 2009. Nevertheless, the country managed to avoid a recession and keep positive growth rates, mainly through higher public expenditure and investment, and GDP growth exceeded 8% in 2010.