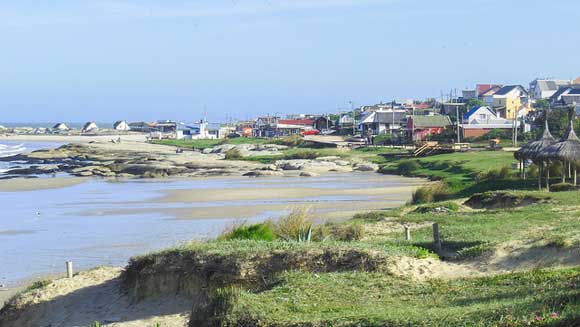 Uruguay’s beachfront properties are among the most coveted in the region. On the southeast Atlantic coast you’ll find Punta del Este, a summer beach resort often compared with France’s Saint-Tropez and The Hamptons of Long Island, New York. To the east is the Department of Rocha, a 112-mile stretch of pristine Atlantic coastline with wide, sandy beaches and blue water—still untouched by heavy development.

You’ll find a wide variety of condo buildings available in Punta del Este—from simple, four-story complexes to sleek, world-class luxury towers. And between the extremes, you’ll find a range of property types, styles, and price ranges to suit your needs and your budget. While many of the beach properties in Punta del Este are used as summer vacation homes, a growing number are being purchased for year-round living.

Many of the residential towers have built-in gyms, swimming pools, saunas, as well as a variety of indoor and outdoor social areas. Building services can include 24-hour doorman/security, daily maid service, and beach attendants.

But you don’t have to be a millionaire to buy beach property here. It’s possible to find good condos in older well-maintained buildings for less than $150,000. That’s in the same neighborhood where larger units in newer buildings are selling for between $400,000 and several million dollars—with the same beaches, parks, markets, and high level of safety.

All beaches in Uruguay are public. And in most Punta del Este locations, there is a coastal road between the properties and the beach. There are some exceptions to this—mainly in the popular Punta communities of La Barra and Jose Ignacio.

Between Punta del Este and the Brazilian border is a 112-mile stretch of coastline known as the of Department of Rocha. It’s Uruguay’s least-developed coastal area, with pristine beaches, large lagoons, and forests of pine and eucalyptus. And in Rocha there are several places where you can find true beachfront property for sale.

Rocha’s beach towns have long been popular with budget travelers, nature lovers, and surfers who come to enjoy a Uruguayan beach vacation at a fraction of the cost of Punta del Este. However, a more affluent crowd, looking for a low-key getaway in an unspoiled coastal landscape, is starting to favor Rocha, too.

The oldest and most established beach town in the Department of Rocha is La Paloma—located 62 miles east of Punta del Este. It has a year-round population of about 3,500 that jumps to 30,000 in the summer.

Of all the beach towns in Rocha, La Paloma has the most infrastructure and services, which includes regular garbage collection, a gas station, a bank, and a small private and public hospital. While the movie theater and some restaurants close during the low season, there are stores and businesses that stay open all year to serve the full-time population, which is steadily growing.

Frontline luxury homes in La Paloma generally cost less than in Punta del Este. And once you step back from the front line, most beach homes sell in a range from $100,000 to 250,000.