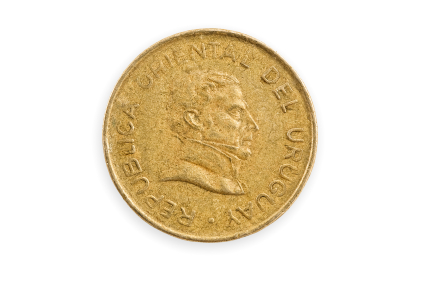 Why Investment in Uruguay Provides an Excellent Opportunity for Overseas Investing

Uruguay, according to the words of its president, “is a reliable country” that “respects contracts and investments.”

Since the government accepted the program of tax austerity imposed by the IMF in the 1990s, the economic results have been good, reaching an index of annual growth of approximately 5%, which has inspired more and more foreigners to invest in Uruguay.

The country is a member of MERCOSUR as well as the Latin-American Association of Integration (ALADI) and the American Bank of Development. Its main commercial associates are Spain, Argentina, Brazil, Germany, and the U.S.

Invest in Uruguay for its Reliability

With a stable economy and a strong commitment toward outside investment, Uruguay offers a great deal of reliability.

he monetary currency is the Uruguayan peso. After the large Argentinean devaluation in 2002, Uruguay had a gradual devaluation of its currency. Although the U.S. dollar weakened with respect to the Uruguayan peso in 2005, you will find the general cost of living to be about 30% to 40% cheaper than that in the U.S.

You should also be aware that, since the 1970s, the successive governments have applied open politics along with liberalization of the financial system. This has resulted in specific measures that have modified the physiognomy of the banking and financial systems over a short period of time.

The absence of controls on currency exchange operations, the absolute liberty for capital movement (entrance and exit), confidentiality with respect to banking, as well as the implementation of fixed interest rates are the main characteristics of the Uruguayan financial sector.

Uruguay has been granted the qualification of “investment grade,” as dispensed by recognized companies, such as the British IBCA and the American Duff & Phelps. This demarcation indicates that Uruguay is considered a country free of risk for investment. It ranks as one of the top three countries in Latin America for its ability to pay its external debt.