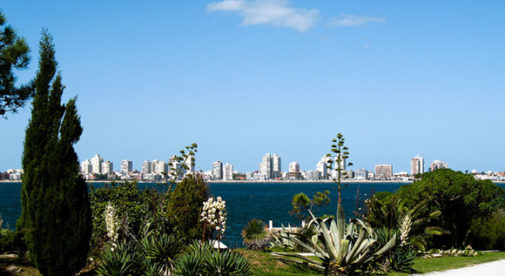 Punta del Este, less than two hours from Uruguay’s elegant capital of Montevideo, has long been the most fashionable beach resort in South America.

An apartment sold here a few years back for $7.2 million… but believe it or not, you can still find a nice condo in a coveted Punta del Este neighborhood for less than $150,000.

There’s a secret to buying affordably here. And it’s simple. Folks from North America determine a property’s value by three factors: location, location, location. But in Punta del Este’s condo market, a property’s location is less important. For locals and other Latin American buyers, how new a unit is, the size and style, and building services generally have a greater weight in the value than they do in North America.

When I first came to Punta del Este to look for a home, this technique seemed too good to be true. I purchased an affordable apartment in an older but very well-maintained and -managed building on the Punta del Este Peninsula in 2006. If there’s a catch to it, I’m still waiting to learn what it is.

In Punta del Este it’s possible to find good condos, too, in older, well-maintained and -managed buildings for less than $150,000 in the same neighborhood as larger units in newer buildings that will sell for between $400,000 and several million dollars. And that’s with the same beaches, parks, markets, and high level of safety on the street.

In one of the most active communities in Punta, many newer and larger condos are priced from $400,000 to over $1 million.

This is where people from all over Punta del Este and Maldonado come to watch the sunset on Sunday evenings. You’ll find frequent firework displays and free street entertainment. One day, on my way to get an ice cream, I happened upon a full orchestra in formal dress set up to play for passers-by.

Year-round living here has a lot of pluses. In addition to the fashion and designer shops, there are markets, hardware stores, pharmacies, and banks. Everything one needs on a regular basis is open year-round and within walking distance, making it an easy place to get by without a car.

Most of the condo units are in residential towers up to 18 stories high and in four-story, low-rise buildings. The towers usually have more amenities and services. One property for sale that captured my attention is located just a block from the marina, where there are many good restaurants, nightspots, and a boardwalk. (In fact, it is across from a new condominium building, with large units that recently sold for over $1 million each, which fronts the Marina.)

The condo for sale is in a tower constructed in 1968. It’s shipshape and the lobby has nice touches like dark hardwood doors and brass trim. The services include WiFi, building maintenance, a 24-hour porter, and maid service. The apartment is being sold by the owner completely furnished and includes a plasma TV, remote-control lighting, and a fully-equipped kitchen—for $128,000.

Another Punta neighborhood has condominiums available for less than $150,000. It is located near the peninsula but is quieter and more sheltered from the wind. It extends to one of the main beaches and has a nice park, where I often see large flocks of parrots.

There are several new buildings under construction in this area, with many units priced over $400,000. However, there are also units in older, low-rise buildings for a lot less. One is a cozy 323-square-foot, remodeled studio apartment. It’s in a building constructed in 1980, with parking on the ground floor, two floors of condominium units, and a community barbecue area. It has laminate floors, large closets, and access to the terrace. It is close to the beach and comes with a parking place—all for $82,000.