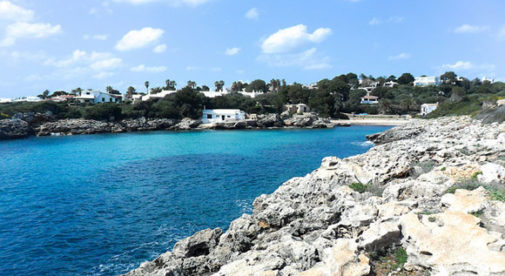 With almost perpetually sunny weather, glittering stretches of Mediterranean coastline, and a relaxed, easygoing lifestyle, Spain has long been a favorite playground for Americans on vacation.

But plenty of business-savvy Americans are extending that vacation into a way of life, and making a prosperous living here, too.

In a country where even the Prime Minister struggles to speak English, locals are only too aware of the need to improve, meaning native speakers can easily find work as English teachers and translators.

Spain is now the third most-visited tourism destination in the world after France and the U.S., with 60.7 million overseas visitors in 2013. The influx has created a wealth of opportunity for anyone with experience in the tourism sector, especially English-speakers who also have a little Spanish under their belt.

Like Lauren Aloise, who moved to Spain from the U.S., straight out of college, to teach English. There she met her future husband, Alejandro Cabrera, and in 2009 they began writing an English-language blog about Spanish cuisine.

Three years later they discovered a way to turn their passion for food and culture into a thriving business.

They launched Madrid Food Tour in 2012, offering guided cultural tours of Madrid’s hidden foodie gems while also highlighting the connection to Spanish history. Part of their role as tour guides is translating between tourists and restaurant owners.

“I love seeing the reactions to a cuisine that many people don’t know that much about, especially the Americans, who are around 60% of our clients,” says Lauren.

You can find out how Lauren set up her tour guiding business—and how she markets it—in the current issue of Incomes Abroad.

Sixty-four-year-old Tom Vercillo, has made a career popping in and out of Spain, and other Mediterranean countries, to point tourists in the right direction. As the on-board passenger location guide for a cruise ship company, Tom is paid to know the best places to wine, dine, and sightsee in beautiful cities lining the Mediterranean.

“I’d be lying if I said it wasn’t glamorous—it is glamorous,” he says. “It’s a job, but it just happens to be a pretty fantastic job. There are certain views that I still get a thrill out of. It’s incredible.”

Find out more about incomes like Tom’s…and where to find them…in Incomes Abroad.

Americans are drawn to the expat life in Spain. The number of them living here rose to 41,000 last year—and increase of 1,300 on the previous year.

For some sectors, it can be surprisingly simple to authorize American qualifications for work in Spain. Physical therapist Jonathan Ahladas left Springfield, Massachusetts, 10 years ago, and with a little patience and paperwork, was soon able to set up his own physical therapy practice.

“You earn less money than in the States but you’re compensated 100-fold in the autonomy and flexibly that you have,” he says.

“In the States your routine is going to work, taking the car, driving home and then you’re home for the rest of the day. The Spaniards have this zest for life, they work to live and really appreciate the time they have outside of work to spend with family and friends.”

What is a Digital Nomad?