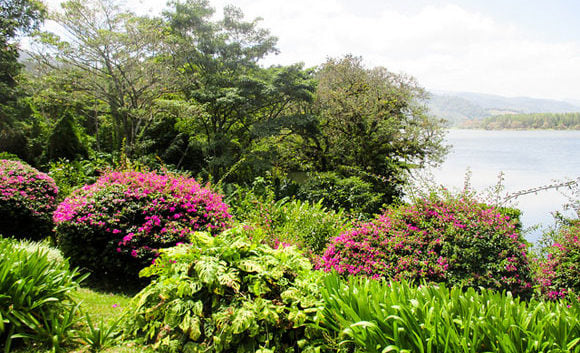 For most North Americans, Costa Rica means miles of alluring beaches on either the Pacific or Caribbean coasts. However, many are now learning the secret that this small country holds at its heart: the stunning mountain range that separates the two coasts.

Amongst the mountains formed by a grand chain of volcanoes, are valleys that harbor the largest portion of the native population. Increasing numbers of U.S. and Canadian expats are discovering the allure that is the Central Valley, but the winsome Orosi Valley remains a jewel of nature that is often unknown.

The Orosi Valley is about an hour southeast of the capital, San José, and is comprised of the circuit that is formed by the towns of Paraíso (which means “paradise”), the farming hamlet of Cachí, and the quaint village of Orosi itself.

Orosi is one of the oldest communities in Costa Rica. Long before the arrival of the Spanish conquistadors, the lush Orosi Valley, with the meandering River Reventazón at its floor, was home to the indigenous culture. It remains one of the few areas to have survived the successive earthquakes that have shuddered much of the country during the Spanish colonial period.

Due to its location in the center of the country, the valley’s weather patterns are influenced by both coasts. This results in a luxuriant profile that lays fertile ground both metaphorically and literally, and thereby propels the area’s economy, which hinges on tourism, farming, and coffee production.

While the area is more rural, it is a favorite getaway spot for the upper and middle class Costa Rican. This is not only due to the area’s naturally arresting beauty and charm, but also because there are myriad high-end restaurants, spas, thermal pools, state parks, historical ruins, and the scenic Lake Cachí, which is covered in a lacework of water hyacinth.

Retire in the Orosi Valley 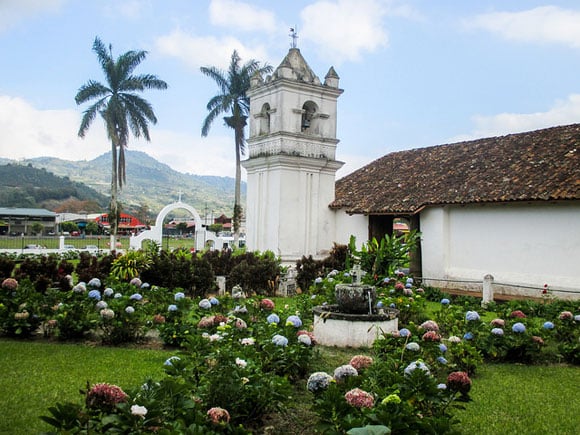 The Orosi Valley is a great place for anyone looking for a consistent, warm climate. If you’re looking to avoid those long, cold winters, the temperature rarely drops below 60 F overnight. If you’re fleeing oppressively hot summers, the average upper 70s F days are a blessing.

Ready to get out of the city? Hiking and nature trails are available at every turn. With the abundance of primary jungle, the valley is filled with flora and fauna. (It’s a bird-watcher’s paradise!)

Because the loop around the valley is so popular for “Sunday drives” and tourism, and due to the popularity of cycling in the area, the roads are generally well maintained. So, having a car can be a plus, but there is also an extensive and reliable bus service that connects the valley to every other part of the country.

When you’re feeling the need for a trip to the coast, the turquoise waters and sandy beaches of the Caribbean are only two hours away, and the perfect horseshoe bays of dazzling blue-green waters on the Pacific lie equidistant to the west. And if you decide to leave Shangri-la for some holiday trip, the international airport is just over an hour away.

For these reasons and others, the Central Valley’s “little sister,” is an inviting retirement alternative.

Lifestyle in the Orosi Valley 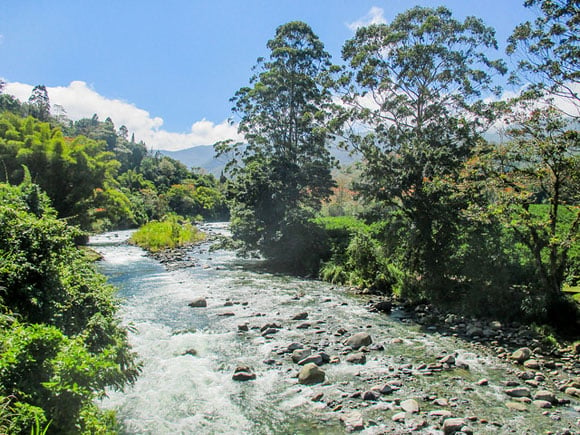 Every day is like a vacation. Why? Because life is very tuanis (laidback) in the Orosi Valley, and there are so many free and interesting things to do.

Awake to the sounds of a flowing river or the vistas of towering volcanoes while drinking your morning cup of shade-grown, organic coffee that you bought direct from the plantation. Then kickstart your day at any of the several sodas (mom and pop cafés) that serve inexpensive and hearty breakfasts. (They will always include gallo pinto, a traditional bean/rice breakfast dish.)

After you’ve eaten you can stop in to visit with any of the local artisans. Or, you could take one of the coffee plantation tours that are so popular. Or even call a friend and go hiking in the Tapantí National Park. With thousands of acres of protected rainforest, wildcats, monkeys, coatimundi, and tapirs are easily spotted.

Have an afternoon massage outside by a waterfall; walk across the swaying suspension bridge that spans the raging river, up past the picturesque Iglesia de Orosi—the oldest active church in all of Costa Rica.

If you’re looking for the hustle and bustle of the city, the lifestyle of the valley won’t suit you. But that doesn’t mean there isn’t a flurry of activities awaiting you.

Real Estate in the Orosi Valley 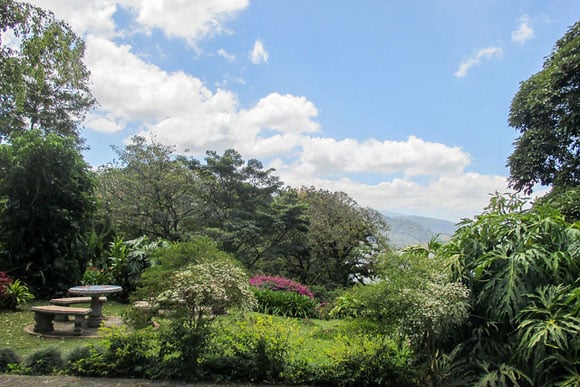 Once you leave the tourist areas and the currently popular expat enclaves, property values drop significantly. The Orosi Valley is no exception, and with an abundance of real estate and raw land available, it’s easy to buy or build your own dream house.

Recently a six-acre lot with spectacular views to majestic mountain ranges and its own mountain water source and thermal springs sold for $60,000.

Or perhaps you see yourself owning a boutique hotel and restaurant.  There’s one available with an asking price of $400,000.

Renting is the most popular option in the area. A typical Costa Rican style house with two bedrooms, one bathroom, living room, and kitchen can be had for as little as $500 a month.

Cost of Living in the Orosi Valley 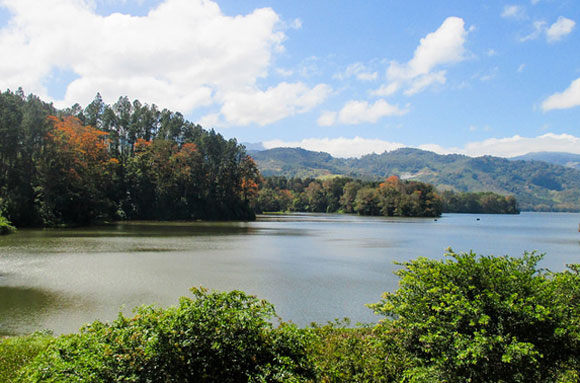 Daily living costs are low in the Orosi Valley. The hamlets of the valley have pulperias (small convenience-type stores) and various shops for routine needs—even hardware stores. Only 30 minutes away in Cartago there are whopping, Western-style shopping malls, large chain grocery stores, and even a WalMart. But most of the time, everyone shops at the local farmers’ market in Paraíso.

Here are examples of monthly costs for a couple living in Cachí:

Other yearly expenses will vary depending on specifics involved, but as an example, property tax for a three-and-a-half-acre property was only $315 last year.