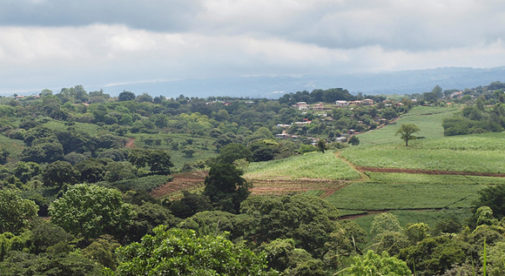 As retirement neared, Bob Beavis, 66, and his wife Linda, 59, thought they were all set. Bob’s last job was as a HR director near Dayton, Ohio, which made him eligible for a state pension. He found his job rewarding and he had a plan. He would put in his 10 years then get free healthcare in retirement, with $50 per month to cover Linda, too.

But then came a nasty surprise…

“They radically changed the pension plan,” says Bob, who’s coverage would have then cost an unaffordable $800 per month.

Intending to retire in Virginia, where Linda had family, they started looking at more affordable options abroad. Costa Rica, with its low-cost and high-quality medical system, quickly became their favorite.

Bob first heard about the country chatting with friends one afternoon. One friend’s daughter had traveled extensively through Costa Rica and raved about it. Another had “a friend living on the beach somewhere for next to nothing.” And someone else commented on the great medical system in Costa Rica…

“That’s when my ears really perked up. When I went home, I started doing internet research,” says Bob. “We’d been to several countries on cruises but never Costa Rica. I looked at healthcare, housing…and told Linda, ‘I can’t find anything wrong with the place.’”

Linda experienced the high-quality healthcare first-hand recently when she fell and required a complete shoulder replacement. She says she received great care at a private hospital in the capital, San Jose.

And Costa Rica’s lower cost of living was a key factor in their move as well.

As for Linda, who retired five years before her husband, she enjoys “the friendly people and the moderate climate and having my husband home with me.”

They live outside Santiago de Puriscal, a small town high in the mountains of the southwestern side of the Central Valley. The mild climate year-round here really appealed to Bob who’s originally from Canada, specifically an area just 250 miles south of Hudson Bay where temperatures in winter went well below zero.

“The exterior walls of our home are 90% glass,” says Bob. “We have fantastic views of the mountains and the Central Valley towards San Jose.” And they could buy it without going into debt, which was important to them going into retirement with a limited income.

Though they are in a community it’s still very private because the homes are set on a hillside. “We’re looking out at mountains. We can’t see the neighbors and they can’t see us. But I can jump in my golf cart and be at my neighbor’s house in two minutes. The community here is terrific,” says Bob.

And they’ve gotten to know their neighbors well. “We network with other expats and sometimes party with them,” Bob says. “There are no fancy restaurants in Puriscal but some nice local establishments; our crew goes out once a week. We had a big Christmas dinner for 60 people a couple of years ago. And friends organized a birthday party for Linda—there were 75 people. You bring a dish and what you like to drink, and there you are,” says Bob.

The couple also likes to take beach trips. The nearest Pacific coast beach is about an hour away, although they’ve been up and down the coast finding new spots.

They stay busy but also relish time at home. “Often it’s just nice and quiet, which is what I imagined retirement would be like. Every day is like Saturday,” says Bob.