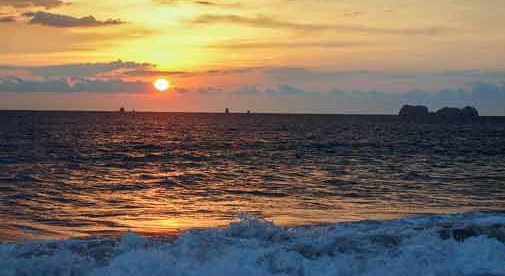 Expats who have taken International Living’s advice and moved to Costa Rica say they love the slow pace of tropical life. They like having time to relax, happily hanging out in year-round warm weather.

But if you’re like me, and the thought of endless hammock-lounging sounds great in theory, but you’d prefer a lifestyle that’s a bit more active, then you’ll be pleased to know that there are plenty of exciting things to do when you live in Costa Rica. And as an expat, it’s easy to join in.

In my small Central Valley town of Atenas—a popular expat destination with a thriving international community—there are all kinds of exercise classes you can take, along with language lessons and cooking workshops. There are lots of clubs you can join, groups that plan outings, and numerous ways to volunteer in the community.

I still work, but as an independently contracted writer, editor, and translator. I have happily turned my back on the frenzied, stressed-out pace of life in the States. I choose instead the more moderate lifestyle of Costa Rica.

So, since my time is my own, two days a week I take an early morning martial arts class of Lohan Qigong and Tai Chi Chuan with a group of between 12 and 16 other expats. Classes are taught by bilingual Costa Rican instructor, John La Touche. The classes improve concentration, flexibility, strength, and muscle tone, and focus on cultivating a long and healthy life. They are held Tuesdays and Thursdays at the Atenas Yoga Center at Colinas del Sol Hotel. Classes last one hour and only cost a little over $6 a session. Additionally, there are Kung Fu classes available.

On Monday and Wednesday mornings, also at the Atenas Yoga Center, you can take Hatha Yoga classes taught by British instructor Leah MacLauchlan. Her classes—which fill up fast with both beginners and more experienced yogis—are the most reasonably priced in the Central Valley, at a little over $6 a class.

If you’re moving to Costa Rica and you don’t speak Spanish yet, that’s not a problem. You can learn Spanish with a group of fellow expats, or take private lessons, at the Su Espacio Language and Cultural Center in Atenas. Being able to speak freely in Spanish not only makes life easier in Costa Rica, it also opens up new opportunities and experiences you might not otherwise have. Or, if you already know Spanish, keep your brain active by learning Italian in private lessons.

Su Espacio is centrally located in downtown Atenas in a large house equipped with an air-conditioned classroom, and an open-air teaching space on a large covered terrace. Group classes for Spanish are small, with a maximum of six students, and are fun social opportunities to meet fellow expats. Su Espacio also organizes social activities outside of the classroom, like traditional Costa Rican cooking classes, outings to see Spanish language movies, and community volunteering.

If you want to expand your social life, the Atenas Men’s Club organizes excursions to theater performances, concerts, sporting events, cultural attractions, and dining out. They frequently hold darts tournaments, bowling competitions, and chili cook-offs. The club, which has grown to over 150 members over the past seven years, also invites women on the outings and to the big social events.

Expats in Costa Rica look out for each other, and as a newcomer you’ll get to know people quickly—especially in a welcoming community like Atenas, where people value friendships and enjoying life.

The 5 Best Places to Surf in Costa Rica