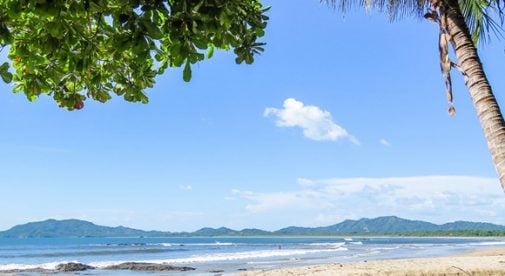 Margaret Schaffner spent the early days of her career among the high-end art community in East Hampton, New York. She jetted off for what was supposed to be a 10-day vacation with friends to Puerto Viejo, Costa Rica in the early 2000s and ended up extending her trip, which—little did she know then—was the beginning of her life as an expat.

“I kept being drawn back to the Caribbean and, after several stints back and forth, I moved to Costa Rica with my son permanently in 2007,” Margaret says. “I studied massage therapy at the Swedish Institute in New York and, with the move to Costa Rica, I saw an opportunity to pursue this passion full-time.” Margaret’s massage therapy business has since evolved to also include intensive physiotherapy.

Margaret lived in Puerto Viejo until two years ago, when she and her son made the move to Tamarindo on the Pacific side of Costa Rica, so she has experienced life on both of Costa Rica’s coasts.

“There are benefits and drawbacks to each, and in my experience it really comes down to evaluating what kind of life you’re trying to build and what your necessities are,” she says.

Margaret says back when she first moved to Costa Rica, it was definitely cheaper to live on the Caribbean side, but today it will likely cost about the same on either coast. “Different elements of your budget will vary, but overall the cost of living in both places is pretty comparable.” With rental prices between $500 and $700 a month, and meals out costing as low as $5, many expats live in Costa Rica for under $2,000 per month.

“The Caribbean is breathtakingly beautiful, it’s like living in a scene straight out of The Jungle Book,” she explains. “The nature is magical, it’s very un-touched. You’ll be able to experience organic produce like you’ve never had in your life. There’s also easy access to a wide variety of medicinal plants—many natural healers are drawn to this area.” 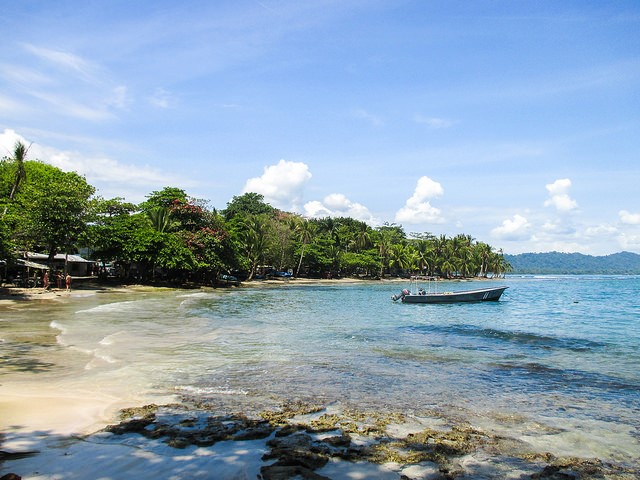 Living on the Caribbean side will provide a fairly rustic, island-like experience. Homes are very private and spread out. “You’re not going to find condos like you do on the Pacific side,” Margaret says. “Most homes will be simple, with outdoor kitchens run by gas. It’s rare to find a home with air conditioning and if you do it will be expensive to run.”

With fewer tourists passing through and a smaller expat community, Margaret says language could be viewed as a pro or a con depending on the person. “I highly suggest speaking some Spanish or at least being prepared to learn, as you’ll find far fewer people who speak English on the Caribbean side.” Also if someone wants to open a business, it’s important to note the smaller number of tourists.

The biggest difference between the two coasts in terms of climate is the rainy season. “Rainy season can be very intense on the Caribbean side, so you’ll certainly need a good pair of rain boots—it’s entirely possible for it to rain for three weeks straight there,” she said. “With the weather and fewer resources in the region, you will typically also experience more frequent power and internet outages.”

After enjoying the natural beauty of the Caribbean and learning to speak Spanish fluently, Margaret and her son made the move from Puerto Viejo to the beach-town, surfer’s haven of Tamarindo on the Pacific coast two years ago. “We absolutely love it here. It was definitely the right choice for us,” she said. 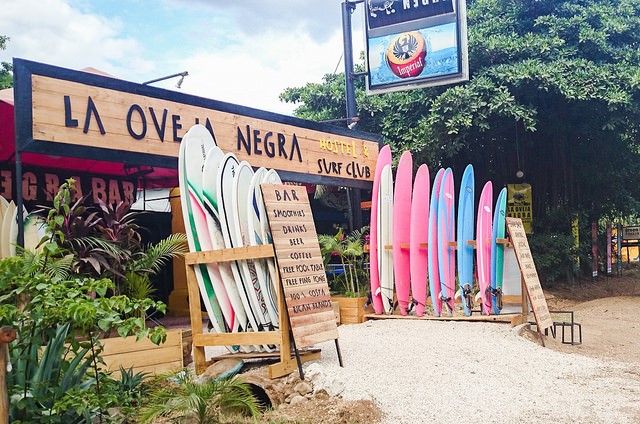 “The biggest thing I found myself missing during our Caribbean days was a sense of community,” Margaret says. “My son, Odin, is a very active boy and especially for him, I was looking for more opportunity to build a friend network, for activity, and also for education.”

In general, Margaret has found many of the Pacific coastal towns to be more developed and resources easier to access. “Here, you can find more modern housing if you want it and air conditioning, for example,” she says. “And there are great school options for my son in addition to a ton of different activities for him to be involved in.”

Margaret says the best thing about moving to Tamarindo has been finding that sense of community she and her son came to find. “People here are just friendly and welcoming and very supportive of one another. For example, Odin is a talented surfer and the community here has completely rallied behind him; people put up money for sponsorships and come out to competitions to cheer him on—they truly want to see him succeed and that kind of community support feels really good.”

Of course there’s also Pacific coast sunsets, which are tough to rival.

In Costa Rica, I Have the Beach Life I Could Never Afford in the U.S.