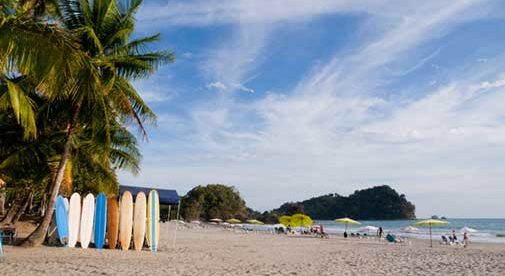 I have a confession to make: I had an addiction. Or maybe it’s better described as an obsession…or a mania. There was a time when I probably could have stood in a dank room full of the similarly afflicted and said, “Hello, my name is John, and I have too many watches.”

When I decided to leave the rat race that was my life in Texas and move to Costa Rica, I downsized. I sold or gave away all but 20 or 30 of my favorite arm-clocks. (I told you I had too many.) Honestly, while I am fascinated by timepieces of all sorts, my drive to be surrounded by them was really an outgrowth of something else; we weren’t going to be late. Not on my watch.

But when Mr. Punctual got to Costa Rica, the land of Latin time and Pura Vida, I decided to go “cold turkey.” I mean, I had no reason to set an alarm clock anymore, and Costa Ricans don’t put a lot of stock in exact timetables, so why bother putting a watch on my wrist?

I’ll admit the first week felt weird. Out of habit I looked at my naked wrist 20 times a day. But soon, I let the sun be my guide. As I came to realize that it’s almost impossible to be “late” here, my worries about punctuality and time concerns diminished.

I thought all the strain I had felt in the States was because of the amount of work there was, and the number of commitments I had. Now I see that as much as anything else, it was Father Time who was laughing at me. But I had the last laugh. I said goodbye to him and said hello to Mother Nature.

Instead of being jarred awake from a deep sleep by an alarm clock screaming at me, I now wake up slowly, easily, and naturally when the sun starts to beam through the window, it’s rays tickling my eyelids. I go to bed when I’m tired…after it’s been dark for a while. I never realized how constrained my life had been—all because of some little numbers on a little dial.

I feel better, but not just because the stress of that exhausting, repetitive U.S. lifestyle is gone. There was little time for relaxation or enjoyment before. Now I live more in tune with what I call the “bio-cycle” of nature around me. I don’t feel stressed or exhausted, and I have plenty of time to relax and enjoy life. I can’t explain it, but whenever friends come from North America to visit, within just a couple of days, they fall into the same cycle that we do. And a freedom from clocks.

I’ll let you in on a little secret. I’ve been toying with the idea of making a huge sundial outside in one of the gardens. Besides being a cool sculpture, it would be a reminder of a “time gone by.”

What about all those watches I brought? They are really just jewelry now. When I dress up (that means I put on jeans instead of shorts) I wear a watch. I don’t even look at it. Sometimes I don’t even set it.

And if someone asks me, “Do you have the time?” My answer is, “Not on my watch.”