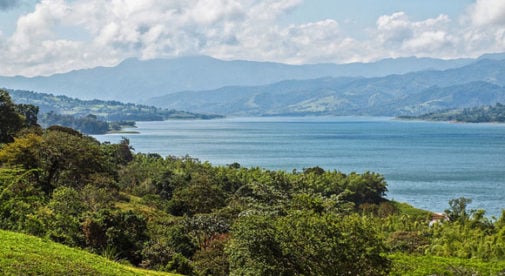 There’s something about Costa Rica that just makes you think they have the whole lifestyle thing figured out.

While every other country in the Western Hemisphere is trying to come up with a snappy marketing slogan to draw investment and tourism, Costa Rica just says “Pura Vida” (“Pure Life”) as they’ve been doing for years. It isn’t even a marketing slogan per se…Costa Ricans actually say it all the time—and they mean it.

And while many countries are trying to make a case for being ecologically aware, Costa Rica is right up there above the rest.

Not many countries can match Costa Rica’s nearly 28% of territory dedicated to national parks and other protected areas. After all, Costa Rica is a tropical paradise that according to some studies is the most bio-diverse country on the planet. It has 0.03% of the world’s landmass, but 5% of the world’s plant and animal species.

If you want to see monkeys, toucans, sloths, and more in the wild, the chances are very good that in Costa Rica you will do just that—not to mention the orchids, bromeliads, birds of paradise, and more.

And there aren’t many other countries that get more than 70% of their electric power from hydroelectric sources each year. Or that set a goal to be carbon-neutral by 2021. Even if they never reach that goal…they set it, and they’ll approach it…which is already twice as much as what many other countries are doing.

Costa Rica is not the cheapest country in Latin America to live in. And for many Costa Ricans… and many North American expats who live in Costa Rica…that’s not a bad thing.

After all, they’ll tell you, you get what you pay for. And Costa Ricans get great infrastructure, a world-class healthcare system, and an environment that isn’t wall-to-wall factories and industrial farms.

It may cost a little more to do things the environmentally conscious way rather than the quick and dirty way. There is a financial cost that comes with keeping your country green and clean, but again…you get what you pay for. And Costa Rica thinks green and clean is worth it.

(Still, you can live in this one-of-a-kind country for $2,000 a month per couple—including rent.)

I’m pointing all this out because I get to go to Costa Rica again this year for our annual International Living Fast Track Costa Rica Conference. (For more on this conference, see here.)

Again this year I’ll be seeing all this biodiversity and tropical weather and good infrastructure and “Pura Vida” lifestyle and wondering to myself, “Why have I never lived here?” My wife, Suzan, and I were married in Costa Rica back in 1997 and have been back almost every year since then for one reason or another. The place is amazing. You’d think we would have stuck by now.

I don’t know why we haven’t stuck in Costa Rica yet, but I’ve decided that we’re just going to keep going back as often as it takes to give this little country a fair chance to snag us.

And if that means going back to Costa Rica as long as we live…so be it.