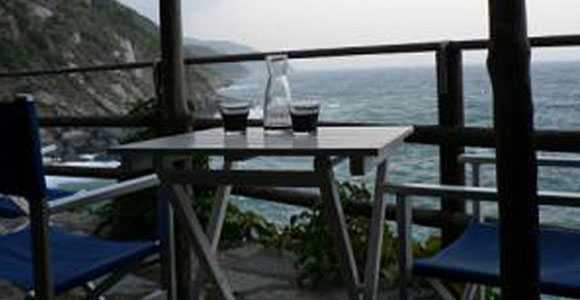 With over 4,700 miles of coastline, Italy is a beach-lover’s dream. Whether you’d rather live on the deep blue Adriatic, along the coast in world-famous Tuscany, or in one of the colorful tourist-loved villages along the Amalfi Coast, there are plenty of sea views to be had north, south, east, and west.

Life Beside the Sea in Tuscany

One popular option for beachfront property in Italy is Punta Ala, which is a fashionable Tuscan seaside resort and golf course with views over the island of Elba (where Napoleon was exiled). Punta Ala is in a part of Tuscany known as the Maremma. Relatively undiscovered (though no secret to Italian holidaymakers), it has several nature reserves, a clutch of quaint hill towns, countless Roman and Etruscan ruins, and some fine beaches like the one at Marina di Alberese. The largest town is Massa Marittima, founded on wealth amassed from silver and copper mining. With oodles of medieval charm, it was “plucked” by Siena to become the second town of the Sienese republic.

Here you can find farmhouses, hill towns, and seaside, too. Le Marché is bordered by 120 miles of sandy beaches and the Mare Adriatico (Adriatic Sea). For coastal ocean-view property, visit in high season before deciding to buy. Italians do not believe beaches were designed for enjoying solitude. So, in the summer, almost every inch of sand is taken up by sun loungers and gaily colored umbrellas. In winter, you’re likely to find the beach deserted except for local joggers.

Another seaside resort worth checking out is San Benedetto del Tronto in Le Marché’s southernmost Ascoli Piceno province. Famed for its 7,000 palm trees, it’s both a working town and a summer resort. Expect attractive beaches, a long promenade, a lively town center…and enough palm trees to justify its title as the Riviera del Palme.

An hour north by train from Ancona, Fano also deserves further investigation. It has a delightful old quarter hidden behind walls across from the modern seafront. The beaches look great and the lungomare is jammed during summer. As a seaside town on a main rail route, it’s popular with locals.

Beachfront Property on the Amalfi Coast

Balanced somewhat precariously between Sorrento and Salerno, the Amalfi Coast has some of the dreamiest ocean views in the world. Unspoiled by ugly modern architecture, towns and villages cascade down steep cliffs, clinging to the rock like limpets. Amalfi and Positano, Praiano and Ravello, Conca, Maiori, Minori…they’re all jewels. Perched at giddying heights above the sapphire Mediterranean, these stylish pastel-colored towns come with a wealth of history, splendid artistic monuments, and breathtaking natural wonders.

Gazing north across the Gulf of Naples, Sorrento is the tourism hub of Campania’s coastal region. Though pleasant for most of the year, it can crowded in July and August when the vacationers descend. That said, it may be worth tolerating the crowds for views of the twinkling lights of Naples across the bay and the brooding bulk of Mount Vesuvius on the skyline.

With its handsome seaside resorts, perfumed gardens, and small painted villages tucked into the fissures of steep cliffs, Liguria offers its own set of coastal enchantments—and it’s a good choice if you like the idea of regular ventures into France. Extending eastward from France’s Côte d’Azur, this arch-like stretch of balmy Mediterranean coastline is the Italian Riviera, abounding in wisteria-hung villas, palm trees, and lush vegetation. Winters are mild and the stagione (beach season) lasts until October. 150 miles long, the Ligurian coastline starts at Ventimiglia, the last stop before the French border, and continues east to Livorno in Tuscany.