In Italy’s south, Basilicata is relatively unknown, even by Italian travelers. Resting between Puglia, Calabria, and Campania, it is at the geographic ankle of the boot, an area that has remained largely agricultural with small industry, and holds tightly to its centuries-old traditions.

With only 10% of the region occupying level plains, the majority is a landscape of breathtaking beauty comprising rolling hills staked out with vineyards that produce world-class wine, dramatic mountains with national and regional parks, and two slices of sea coast for beaches and summer fun.

This is a land of extraordinary hospitality where our neighbors bring us baskets of figs and pears, sack-loads of lettuce, beans, and tomatoes, and more zucchini than we know what to do with.  They still jar their tomato salsa di pomodoro for the year and make their wine and salami. They cling to a way of life that is quickly fading in other regions.

Basilicata does not embody the typical Mediterranean image one may have of Italy. The landscape has a unique and raw beauty. In the northern part of the region, rolling hills are punctuated with olive groves and grape vines, where world-class wine is made from ancient Grecian grapes, brought here when southern Italy was part of Magna Grecia. In the loftier heights, the mountains are almost primeval, where eagles and falcons are a regular sight from our balcony; brilliant starry skies mark the evenings.  Here, time-worn towns rest on their hilltops, seemingly stopped in time, except for high-speed internet and better roads nowadays.

There are only two bona fide cities in the region: Potenza, the regional capital, with just 67,000 residents, and Matera, the most famous city and a UNESCO World Heritage Site, with 60,300 residents.  At 2,687 feet above sea level, Potenza bears the distinction as the highest regional capital in Italy. This is a region of small towns and tiny villages where you get to know practically everyone and where neighbors help each other.

History crossed through here on many occasions: Holy Roman Emperor Frederick II kept several castles and issued the first set of written laws of the Middle Ages at his castle in Melfi, a document still considered advanced and forward-thinking. Spartacus and Hannibal both tromped through with their troops. The ancient and modern meet seamlessly.

Despite its southern location, Basilicata doesn’t have a balmy year-round climate. It enjoys all four seasons, with hot and dry summers, though in the mountains the temperatures are more moderate and nights can be chilly, even in August. Winters near the coasts are milder, while chillier in the hills, and the upper mountains can see a good accumulation of snowfall. When the mercury is in the 90s F in Matera in the summer, it registers in the 80s F in the higher elevations. Of course, it is milder there in the winter, though you’ll still need a good coat and umbrella. Daytime brings temperatures in the 40s F generally, but a dusting of snow sometimes happens (and makes it even more beautiful). Other hill areas may also enjoy 40s F for daytime but can dip to the 30s F in the mountains. Nighttime is colder and can go below freezing in those zones. Snow can pile up in the mountains, a blessing for skiers.

Basilicata’s most famous city is Matera, a UNESCO World Heritage Site and an ancient rock city like no other. Its jumble of houses is breathtaking and also the scene for many period films, like the recent remake of Ben Hur and 007’s No Time to Die. The city is elegant and simple at the same time; down-to-earth, but with cultural events, a music heritage (especially jazz), and loads of great wine bars and restaurants all over town. Museums, concerts, and art exhibits are frequent diversions.

Overall, the region is low-key, which is what makes it so appealing for a laidback lifestyle. The locals love their time-honored festivals and parties in the piazzas that bring out both young and old. The food is home-grown and mostly organic, and vegetarian friendly, too. The cuisine is mouthwatering, with wine grapes brought by the Greeks, sausages that were renowned even in the Roman world, and one of Italy’s most decadent cheeses, caciocavallo podolico, made from an ancient breed of cattle that graze the mountains. Here they love their homemade pasta (egg-free), lots of legumes, locally-raised meat (try the lamb!), and have a penchant for grill parties. It is the joy of simple pleasures, easy-going lifestyle, gorgeous scenery, and hospitable people that make Basilicata a wonderful place.

There are two pieces of coast to enjoy: a 36-mile stretch on the shallower, sandy Ionian Sea, where woods back the beaches; and the glittery sun-drenched seaside of Maratea on the Mediterranean side.  This is our piece of paradise, a spectacular 19-mile long piece of the Mediterranean coast. Its old town has a carefree air while the black sand beaches below are kissed by turquoise waters, the ideal place to relax.

Outdoors activities are abundant here—from horse riding to mountain biking to hiking, and more extreme pursuits like climbing, canyoning, river trekking, and zip-lining. It’s a good place to stay active. The relatively small size puts the neighboring regions of Puglia and Campania in pretty easy reach. There is one golf course, lots of fun festivals, some even dating back more than a millennium, and a strong musical heritage in southern folk music as well as a love of jazz.

Basilicata doesn’t have an airport-the closest are in Bari and Napoli. Train connections are not great, and while most towns have bus service, it can be limited; a car is necessary if you’re going to live here.

Cost of Living in Basilicata 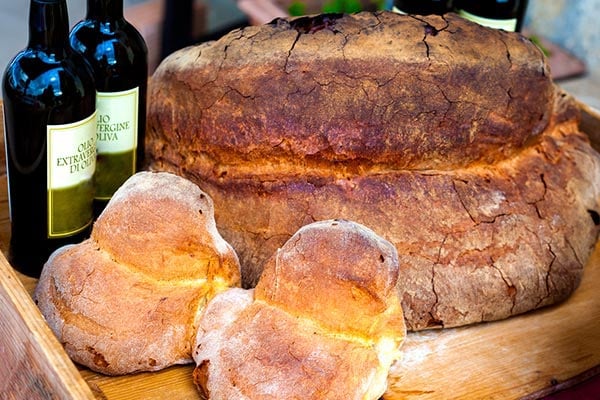 The area has lost residents in the past half-century so there are lots of properties available, but you have to put forth a bit of effort to find them. Many towns don’t have realtors; we found our little 300-year old casahere in Trivigno thanks to the village’s former mayor.

Prices in Matera rose in recent years with increased tourism and international press attention, due to movies and its year in the spotlight as Europe’s Culture Capital for 2019. If you want to live in the coveted Sassi district, expect to pay a lot for something among those shiny, stepped pedestrian lanes. There is a 538 square foot home for sale with a beautiful loggia balcony and a view of the ravine and the Sassi. It’s been partially restored but needs some finishing work. It’s listed at $159,248.

In the centroabove the Sassi, convenient to everything, there is a 1,614 square foot home for sale, with four bedrooms, two bathrooms, two balconies, and skylights. It’s on offer for $230,025.

Northwest of Potenza is the pretty pastel town of Muro Lucano, which is lucky enough (and big enough) to have a real estate agency. Here houses line up along a steep ridge in an orderly jumble, looking more like a sunny coastal town than a hill town. Mount Vulture looms up behind as a dramatic backdrop, where Aglianico, the region’s most famous wine, comes from. Muro Lucano’s historic center is a lovely warren of narrow lanes that unfold below the 13th-century castle. Here homes start at $35,000.

Pisticci is a sunny town with lots of services, friendly folks, and a location in the hills surrounded by olive groves and low canyons. It’s just 45 minutes from Matera and only 15 minutes from the sea. Indeed, a section called Pisticci Marina sits on the Ionian seafront. In town, a two-bedroom, three-bathroom 1,120 square foot apartment is on offer for $53,083. It is perfectly habitable. If it’s a country home you want, there is a newly-built two-bedroom house outside town in the hills with its own olive trees and lovely views for $93,189.

Down at Marina di Pisticci, there is a two-bedroom, two-bathroom condo for sale in a pretty resort village with tennis courts, swimming pools, and an amphitheater, a short bike ride to the beach. It’s all new and Mediterranean style with a private porticoed covered terrace. The price is almost laughable for a sea location at €133,000 ($156,889).

Across the region on the west side, Basilicata claims a small but spectacular piece of coastline on the Mediterranean Sea, wedged between the regions of Campania and Calabria. The glittery sun-drenched seaside resort of Maratea can claim all the beauty of the more famous Amalfi Coast but without the crowds or the staggering price tags.  The old town is cradled on the hillside above the Mediterranean while the port of Maratea is a waterfront village with a colorful marina, great restaurants, and hidden coves for swimming.  Exotic black sand beaches highlight the turquoise water.  The historic center is filled with vivid ceramics, a bustling piazza with outdoor cafes, and a carefree air. Here in the classic hill-town streets, you can find habitable homes from $85,000. One newly-renovated loft home that keeps some rustic touches is right off the piazza and listed for $117,961. Down by the picturesque port, a sun-drenched pastel home with two levels of outdoor terraces is listed at $175,762. It’s in perfect condition with two bedrooms and a modern bathroom. A private villa with a pool is listed at $293,724.

But Basilicata’s best bargains are found in its smaller towns; you’ll need to take some time and effort to locate them, but habitable homes start at just $23,000 or so in many of the villages, making the prices well worth the effort!

The overall cost of living is fairly low here, with food prices and utility costs running on par for Italy as a whole. Dining out can be a bargain: a full four-course meal with wine may run just $26 to $29 a person at many of the country restaurants (agriturismo), which uses local ingredients, often the produce they grow themselves. In Matera or Potenza, a plate of pasta and a glass of wine will cost you around $15. A wood-oven pizza and beer anywhere will set you back about $10 to $12. I get a sack full of fresh produce for around $6 when my neighbors haven’t already supplied me with goods from their gardens. My morning cappuccino costs $1.50 while my husband’s caffe macchiato is just 80 cents.

Rents can be ridiculously low—from $250 a month in villages, up to $800 a month in larger towns and cities.

Here is a sample monthly budget for a couple living in Basilicata: