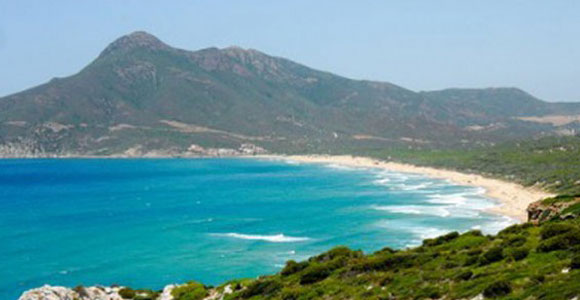 Italy has a Predominantly Mediterranean Climate

Italy has a predominantly Mediterranean climate with mild, sometimes rainy winters and sunny, hot, and usually dry summers. However, with such a large area and so many different geographical features—from high mountains to over 4,000 miles of coastline, you’ll find plenty of regional differences and even micro-climates.

Northern Italy and the Dolomites

In northern Italy and the Dolomites, expect hot summers good for swimming in mountain lakes, hiking the Dolomites, and sunning yourself on café patios. Average temperatures are in the 80s F on the valley floors and cooler, of course, as you climb in altitude.

Winters in this part of Italy start in December and last through March (or April some years). Expect snow and temperatures that drop below freezing, but with tons of sunshine nonetheless.

As you might expect, Tuscany, Umbria, and other central locations boast hot summers (especially on the coasts and in the valleys) with July and August highs in the 80s F.

Winter temperatures average in the 40s F and 50s F with plenty of rain and the occasional dusting of snow. Expect the coldest weather in January and February.

In Rome, the coldest month is January. Averages are reported as low as 46 F. But Rome also boasts a surfeit of sunshine and as early as February, you’ll find days warm enough for sundresses and picnics.

As for summer, the hottest months—July and August—usually average in the mid-70s F, though highs can reach into the 80s F.

Rome also tends to be sunny year-round. Sunshine hours in summer average in the mid-teens. In winter, the average is around seven or eight hours daily.

In Naples and the surrounding area, hot, dry summers and rainy, mild winters are the norm. Expect January and February averages in the 40s F and July and August averages in the 70s F and 80s F.As you travel south, temperatures rise slightly and this area almost never sees snow or ice.

The Liguria region—also known as the Italian Riviera—is a stretch of coastline running from the French border to the area around La Spezia and the famous Cinque Terre villages along the cliffs. Because of its geography, shielded by cold winter winds by the Alps in the north, the area’s climate is temperate, featuring mild winters with temperatures in the 50s F and 60s F. Eastern Liguria is rainier than the west, with the west boasting almost as many sunny days as southern Italy. Snow and harsh weather conditions are rare.