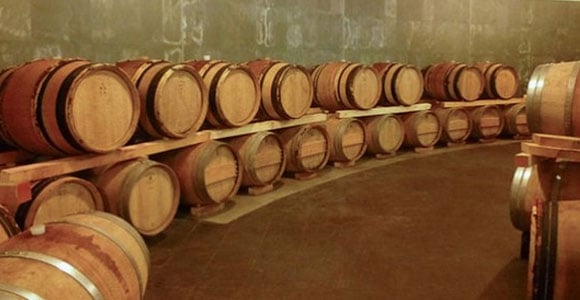 The Economy in Italy

Italy’s economy comprises a developed industrial north, dominated by private companies, and a less-developed, highly subsidized, agricultural south, with a legacy of unemployment and underdevelopment. The Italian economy is driven in large part by the manufacture of high-quality consumer goods produced by small and medium-sized enterprises, many of them family-owned. Italy also has a sizable underground economy, which by some estimates accounts for as much as 17% of GDP. These activities are most common within the agriculture, construction, and service sectors.

Italy is the third-largest economy in the euro zone, but its exceptionally high public debt and structural impediments to growth have rendered it vulnerable to scrutiny by financial markets. Public debt has increased steadily since 2007, reaching 131% of GDP in 2017. Investor concerns about Italy and the broader euro-zone crisis eased in 2013, bringing down Italy’s borrowing costs on sovereign government debt from euro-era records. The government still faces pressure from investors and European partners to sustain its efforts to address Italy’s longstanding structural economic problems, including labor market inefficiencies, a sluggish judicial system, and a weak banking sector. Italy’s economy returned to modest growth in late 2014 for the first time since 2011. In 2015-16, Italy’s economy grew at about 1% each year, and in 2017 growth accelerated to 1.5% of GDP. In 2017, overall unemployment was 11.4%, but youth unemployment remained high at 37.1%.

A founding member of the European Union, Italy is a full participant in the single market. It is also a member of the Group of Eight (G8), the Organization for Economic Cooperation and Development (OECD), the International Monetary Fund (IMF), the United Nations, the World Trade Organization (WTO), and the North Atlantic Treaty Organization (NATO).

Italy’s economy is the 12th largest in the world. The strongest commercial links are with Germany and France. The economy is divided into a highly developed, industrial north, where private companies dominate, and a less industrial, agricultural south.

Italy’s strength has been derived primarily from family-owned small- to medium-sized companies whose presence seems most effective on the local and regional level. Major international Italian companies use the stock markets, and a program has been implemented to privatize state assets. However, the majority of Italian companies are not driven by share price.

The overall level of business sophistication is high in Italy, and there is an open attitude toward foreign investment, with a number of development agencies on both the national and regional levels, as well as numerous trade associations that provide help in approaching potential Italian partners.

On the flip side of the coin, there are also several negative aspects to the Italian business climate. Three primary factors combine to create what could comfortably be described as a “challenging” business environment: the national debt, bureaucracy, and the rigid labor market.

On the practical side, the 2017 World Bank’s Doing Business initiative ranks Italy an uninspiring 50th (out of 189 countries) in terms of the ease of conducting business, while the World Economic Forum’s 2015-2016 Global Competitiveness Guide ranked Italy 43rd of 140 countries. One of the leading factors for these somewhat discouraging rankings is that bureaucracy at all levels—local, regional, and national—is notorious for delays and inefficiencies. As the U.S. Country Commercial Guide for Italy states, “Italy’s regulatory environment is complex and at times lacks the transparency, clarity, efficiency, and certainty found in other developed economies.”

Admittedly, the national government does have a policy aimed at reducing bureaucracy, and there have been modest improvements in the streamlining of bureaucratic processes over the past couple of years. But there is still a long way to go. The plan is to devolve many statutory responsibilities for business to local and regional levels, but the public sector is resistant to change. This is making the policy quite difficult to implement.

In addition, Italy’s labor laws are slanted in favor of the employee. Local employment tribunals tend to side with employees in dismissal, premature retirement, or redundancy cases. On the plus side, Italy is below the eurozone average for hourly labor costs. Data from its National Statistics unit at the end of 2017 put the cost of an hour of labor in Italy at €27.80 on average, compared to a eurozone average of €29.80. Average gross pay per hour in Italy was €19.90, compared to €21.20 for the eurozone. Nevertheless, some investors are taking advantage of the available pools of well-trained but immobile skilled labor, particularly around university towns in southern Italy. Here, financially attractive government assistance is available.

Establishing a local company is governed by the Civil Code. If you are considering setting up an incorporated company, there are nine primary steps involved and an estimated 13-day turnaround as follows (although this time-frame seems optimistic):

• Deposit at least 25% of the amounts contributed in cash with a bank.

• Execute a public deed of incorporation and company bylaws before a public notary; pay registration tax.

• Register online with the Registrar of Companies (Registro delle Imprese) at the local chamber of commerce.

• Notify the relevant Labor Office (DPLMO: Direzione Provinciale del Lavoro e della Massima Occupazione) of the employment of workers. Minimum cost is around €5,000 ($5,700), although some professional fees will depend on the amount of work involved. The government development agency Invitalia aims to assist foreign investors. It offers a whole range of free services and helps people establish a business, from the first contacts right through to implementation. The agency’s website www.invitalia.it has extensive information in English. Financial sweeteners are on offer to encourage investment in the economically disadvantaged Mezzogiorno (the south of Italy), where unemployment hovers around 20% in some places. Up to 90% of the amounts invested in southern Italy can be covered by eligible grants and other means, such as tax credits.

Common FAQ’s About The Economy in Italy

Italy’s economy can be looked at as two seperate sectors comprising a developed industrial north, dominated by private companies, and a less-developed, highly subsidized, agricultural south, with a legacy of unemployment and underdevelopment

What is the main industry in Italy?

The Italian economy is driven in large part by the manufacture of high-quality consumer goods produced by small and medium-sized enterprises, many of them family-owned.

The economy in italy has grown over the past few years at an average rate of just under 1% each year. 2019 was a stagnant year as economic growth stalled at 0%.

What is the main source of income in Italy?

Some of major sources of income in Italy include the production of machinery, chemicals, automobiles and textiles. Fashion deisgn and tourism also remain important sources of revenue. The agriculture sector including wine production continues min industryto be strong.