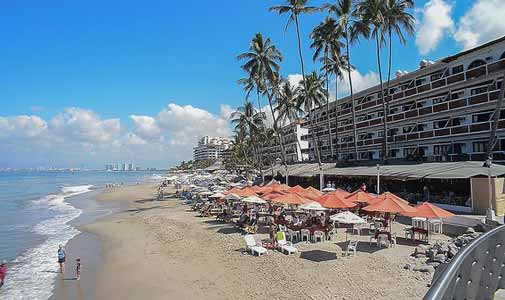 If your first thoughts of Mexico generate visions of Taco Bell meals or too many tequila shots on your birthday, then you aren’t alone. For many north of the border, Mexico remains a mystery. While we share a common international border, I’m willing to bet that a good number of college kids can’t find major Mexican cities on a map and more than a few of us, likely can’t find the country. That is a shame.

California, Arizona, New Mexico, and Texas all share parts of their southern borders with the country of Mexico. That border is an international boundary, regulated by Federal authorities on both sides of the line, as is the case with all international borders. Like Canada to our north, Mexico is easily accessible by car. And, at least for now, travelers must present either a passport or a wallet-size passport card at the border. U.S. citizens are permitted to stay up to 180 days without further applications but must exit on or before the 180th day of their stay. Visitors arriving by sea or airline must clear customs and immigration upon arrival. From airline hubs in southern U.S. cities, Mexico’s warm and friendly people, gorgeous beaches tequila, soul-enriching food, and historic cities are only a couple of hours away. 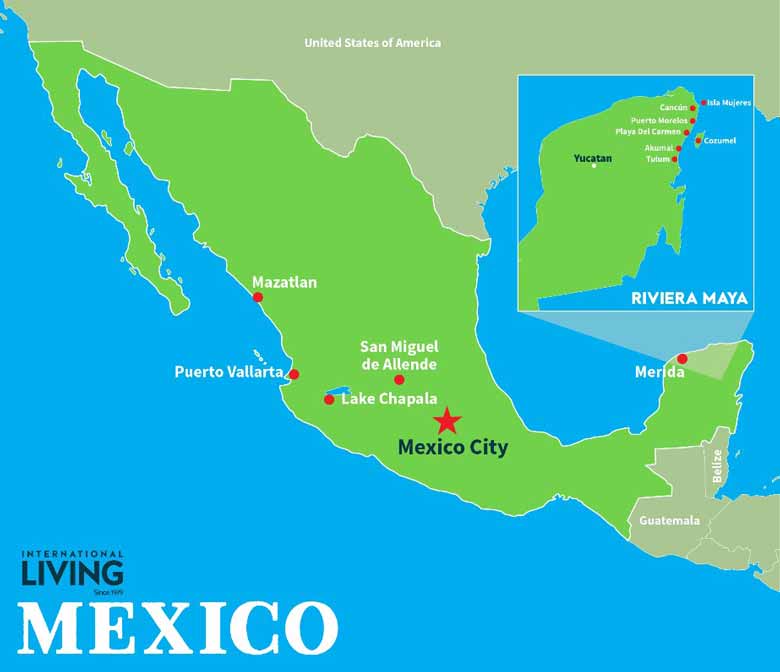 Border towns are often all that day travelers and quick-trippers ever see of Mexico and their conclusions about an entire country are, too often, cemented on that narrow experience. In the same way that New York City and Los Angeles differ from Dade City, Florida or Arcadia, Oklahoma, Mexico has the same divergence in culture and economies. 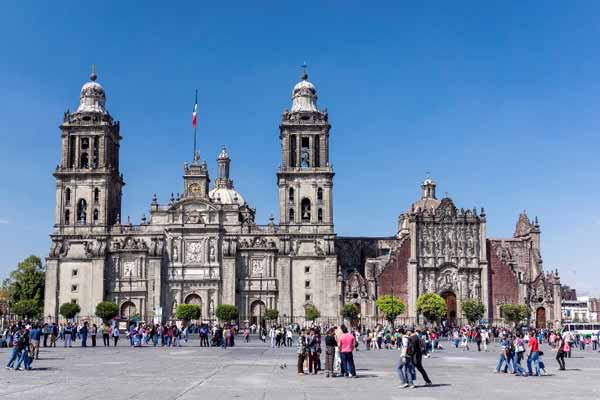 Major population centers, such as Mexico City, offer all the comforts and sophistication anyone might want. From symphonies, theaters, fine dining, and shopping to major universities, museums, and professional sports, Mexico City has it all. It is the most populated city in North America and is a major cultural center. With a head count estimated at over 9 million people, Mexico City is only one of two capital cities in the Americas founded by indigenous people. It is a remarkable, historic city whose visible roots can be seen in ancient structures with Aztec heritage as well as the magnificent Spanish architecture anchored in the city’s historic district.

If you are drawn to big city life, whether as a visitor or as a potential expat, Mexico City with its abundance of life sustaining services, culture, and a vibrant level of charisma may be worth your exploration. 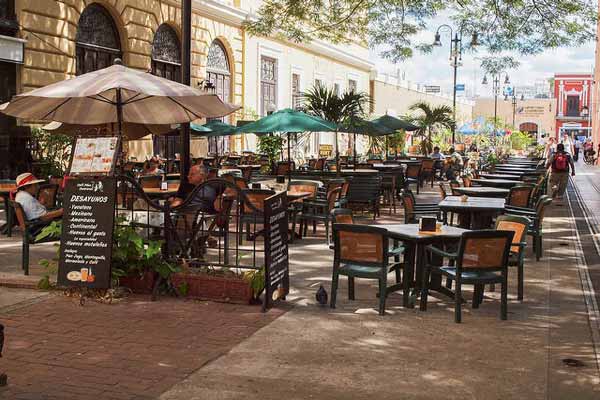 Another popular city, much smaller but with similar roots to Mexico City, is Merida, on the Yucatan Peninsula. With a population of around 900,000, Merida shares a comparable history and boasts one of the largest, if not the largest population of indigenous people in all of Mexico. Like Mexico City, Merida offers great shopping, modern medical facilities, outstanding restaurants, and hotels all contained within a gorgeous, historic city with stunning Spanish architecture. And, unlike Mexico City, Merida is only a 30 to 40-minute drive to the Gulf of Mexico when you want a little beach time. 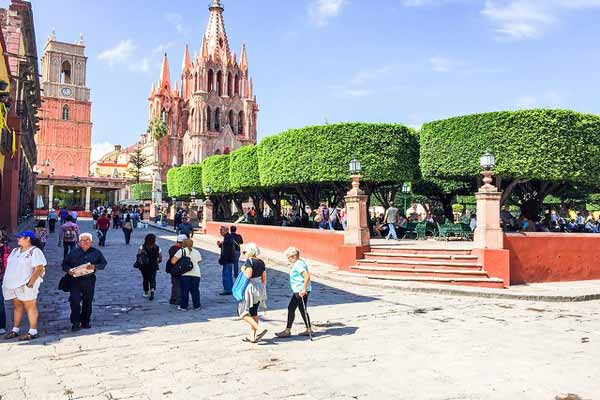 A couple of noteworthy destinations, also on Mexico’s interior, are the expat strongholds of San Miguel de Allende and the Lake Chapala area. Both in central, interior Mexico.

Now a well-known haven for expats and artists, San Miguel de Allende is located in the easternmost region of the state of Guanajuato. Over the past few decades, the town has shifted its economic focus from farming to serving the large numbers of tourists and expats who have discovered the rich, historic district and low cost of living.

The Lake Chapala region, consisting primarily of the towns of Chapala and Ajijic (ah-hee-heek), share a similar draw with a center for artists training, as well as the largest collection of expats in all of Mexico. And while life is very good and affordable in both San Miguel de Allende and the Lake Chapala region, one must acknowledge the changes that have occurred in both communities due to the influx of expats. Prices for real estate have been on a steady rise for a few years and the social impact is also noteworthy. 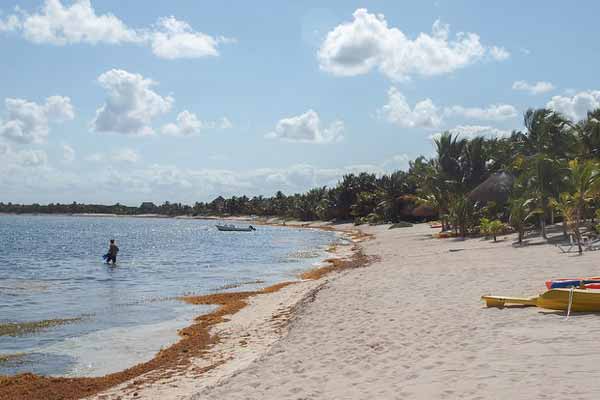 Mexico enjoys a long coastline, washed by the Pacific Ocean, the Sea of Cortez, the Gulf of Mexico, and the Caribbean Sea. That many beaches are bound to draw tourists and expats to this warm country and its stunning shoreline. In fact, the Caribbean shore along the east coast of the Yucatan Peninsula is home to the famed Riviera Maya, an 80-mile stretch of world-famous, palm studded, sugar sand, bathed by warm Caribbean waters. You’ll find famous destinations such as Cancun, Playa del Carmen, and Tulum there along with the islands of Isla Mujeres and Cozumel. 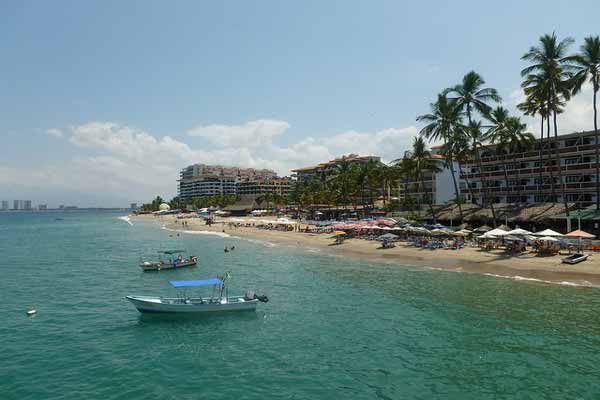 On the Pacific Side, the popular destinations of Puerto Vallarta, Mazatlan, and Zihuatanejo all rack up big tourist numbers and all have established and growing expat communities.

In general, Mexico’s climate ranges from warm to downright hot. Evenings in mountain communities can be much cooler, however. Medical is excellent in all major cities and most medium size cities as well and costs typically run from about one half to one third of costs north of the border. Real estate prices are also much less than you will pay up north. Properties on any beach will generally cost about 30% more than inland properties but still present great value for the money.

For those considering a move to Mexico, know this. If you earn your money from the U.S., either from retirement income or another source, Mexico offers a super attractive alternative. If, however, you wish to secure employment in Mexico, that is different. Wages in Mexico are significantly less than those north of the border and very few expats find suitable employment. Those considering opening a business in Mexico should be conversant in Spanish and well prepared to compete with established, local business. The rules and regulations on employees are much different than those in the U.S.